The Inherent Perils of the Charismatic Personality 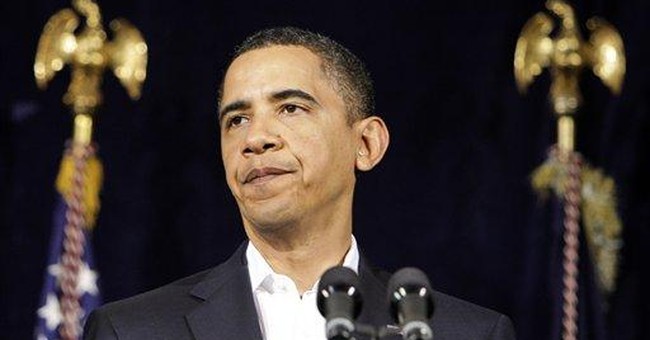 Peggy Noonan’s recent Wall Street Journal article about President Obama, quoting various people who have associated firsthand with him, reminds me of another strong, charismatic personality.  A friend described him:

He is not a dramatic figure; nor is he physically imposing.  His eyes, however, and the intensity and warmth of his gaze, set him apart.  He is a commanding speaker both in the public arena and in private conversation.  His personality is almost hypnotic; his intellect formidable.  His animal magnetism seems to envelop others like a warm blanket.  He is politically calculating, but only — at least it seems to me — in attempting to realize his lofty goals.  There is no evidence of meanness or selfishness in the man that I can see, nor any unseemly pride or ego.

Time and experience, though, have revealed that he is not a good judge of character, and in certain critical instances his decision making is sometimes deeply flawed.  His accomplishments, which are many, are marred by some very serious mistakes which have cost him and those that he was associated with very dearly.

Dear soul that he is, his failings make you want to weep.  Even in his failures, some of which affected me, my affection, though weakened, has never entirely vanished.  We often lament ‘‘if only he had listened to the right people.’’  He had many friends, myself included, who would have liked nothing more than to have helped him succeed.  Trouble was, he often didn’t know who his real friends were.

We’ve all encountered such individuals at one point or another — leaders who dominate others by the sheer force of their personalities and the desire of lesser humans to be in contact and be considered an intimate with the exalted one.  But there is a complication for the charismatic personality.  Once you are no longer in his or her presence — when emotions recede and your rational facilities re-engage — the picture can change.

Sometimes you see that there was another side to the issue that you should have brought up, but didn’t because you were too focused on trying to impress him or her.  Sometimes you recognize that the story told to such telling effect was not the seamless whole that it appeared to be at first glance; sometimes the picture — described so vividly — lacked details that change the matter significantly, and sometimes details are borrowed from some other situation entirely.

In retrospect, it is not entirely the fault of the charismatic leader that he or she disappoints.  Strong charismatic personalities elicit such amazing feelings in those who interact with them that there is a fundamental imbalance in most of their relationships.  They are so appealing that being associated with them gives those who interact with them an elevated sense of their own worth and accomplishment.  Being in their inner circle of associates seems such a joy and privilege that it is easy to put aside anything that stands in the way of maintaining our connection to them.  It is particularly difficult to critique them when in their company; unless driven by strong anger, we are unlikely to confront them over matters on which we disagree as we would others with whom we associate, assuming such disagreements even rise to the conscious level, given the emotional state their presence induces.

What this boils down to is that no matter how many close associates the charismatic person has, he or she is quite often without the mutual dependency, without the give and take, that helps to support and stabilize “ordinary” people.  Thus the charismatic person’s success depends upon not just how good and wise they are — because none of us is good enough or wise enough to navigate single-handedly all the challenges and temptations life has to offer — but upon how “well centered” they are and how willing they are to be accountable to others.

Growing up with too much positive feedback can, and often does, result in a failure to learn the difference between the “success” of getting others to go along with your desires and getting your desires rightly aligned with what is, as the philosophers put it, the good, the true, and the beautiful.  Saying “yes” too many times in life and not saying “no” enough can result in a stunted, warped, underdeveloped moral core that allows a person to see life only in terms of their own desires.  Without adequate internal moral boundaries and an empathic sense of the importance of the needs of others, an ambitious, charismatic person all too frequently becomes a ruthless and manipulative demon lurking inside an otherwise normal, even appealing, facade. Some are only revealed in death, as when the tell-all book of some celebrity’s “friend” pulls aside the curtain.  Others are unmasked while still alive; the likes of Charles Manson and Jim Jones quickly come to mind.

What are we to make of the admiring accounts of Obama published by Noonan?  His challenges are complex and immense, his policies are controverial, and his critics are legion.  Doubtless some of the praise and some of the criticisms are valid, some are not.  This is always the case of those in the political spotlight.  Though it can be difficult to sort out the realites that lie beneath the conflicting accounts of his supporters and critics, his actions over time will reveal the true inner core of the man and whose counsel he has been willing to accept.