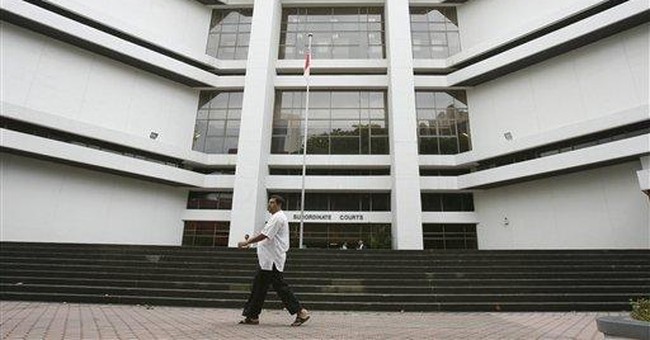 Parents and friends of children everywhere, in the spirit of Howard Beale, go to your windows, throw them open and stick your head out and yell, “I’m mad as hell and I’m not going to take it any more!”

After nearly 10 years of litigation including three appeals in the U.S. Court of Appeals for the Third Circuit, two in the U.S. Supreme Court, and a full trial on the merits, judges have told Congress that the people’s elected representatives can’t really help parents protect kids from Internet pornography. And why, you ask? It would cut into smut-peddlers’ profits and discourage their porn-glutted customers who might be “chilled” at the thought of producing adult ID, such as a free access code, personal identification number, or credit card.

Sure. Just ask Amazon.com, for example, how commercially untenable it is to sell anything because customers are put off by producing a credit card. Last time I checked, credit card use is so widespread that credit card debt poses a serious threat to the nation’s economic stability.

In the third and latest opinion from the 3rd Circuit in ACLU v. Mukasey, the court affirmed a permanent injunction against enforcement of the Children’s Online Protection Act (COPA), which Congress passed and President Bill Clinton signed into law in 1998.

COPA, among other things, imposes a $50,000 fine and six months in prison for knowingly posting, for “commercial purposes,” World Wide Web content that is “harmful to minors.” It provides an affirmative defense to commercial Web operators who restrict access to prohibited materials by “requiring use of a credit card” or “any other reasonable measures that are feasible under available technology.”

The definition of “harmful to minors” used in COPA is the same that courts, including the Supreme Court, have upheld numerous times. The 3rd Circuit now finds it overbroad and vague: “The Government claims that COPA is not overbroad, but it is clear that our prior decision in ACLU II binds us on this issue.”

You can get a migraine trying to reconcile this circuit court drivel with the Supreme Court’s drivel about “evolving standards of decency that mark the progress of a maturing society.” As Justice Antonin Scalia put it, “Societies don’t always mature. Sometimes they rot.”

Adding insult to injury, the court bought the ACLU’s argument here that software filters are sooooo effective, even though the same ACLU argued that filters are sooooo ineffective when it opposed filtering on computers in federally-funded libraries in the Children’s Internet Protection Act case.

The problem is that filtering isn’t perfected to the point that it sticks to kids and installs itself on every computer they access. In other words, even if parents use it on the home computer, there’s a world of unfiltered computers outside the home kids can use. What the court gave short shrift is that the government’s “least restrictive means” is also supposed to be “equally effective.”

Here’s one for the judicial joke book. The trial judge actually wrote with a straight face: “Allowing COPA to take effect would actually do more harm to children in the long run. Perhaps we do the minors of this country harm if First Amendment protections, which they will with age inherit fully, are chipped away in the name of their protection.”

And you thought Howard Beale was nuts.

During oral argument, the Government contended that the First Amendment does not prohibit Congress from adopting a “belt-and-suspenders” approach to addressing the compelling government interest of protecting minors from accessing harmful material on the Web, with filters acting as the “belt” and COPA as the “suspenders.” But as counsel for plaintiffs correctly pointed out, under the First Amendment, if the belt works at least as effectively as the suspenders, then the Government cannot prosecute people for not wearing suspenders.

So instead of having an effective law, we got mooned by a bunch of judges on behalf of pornographers.

So let’s hear it for the judges. But for them, imagine the horrendous harms kids would suffer trying to grow into stable, mature adults without having watched women copulating horses and other barnyard beasts.