A ‘Revenue Neutral’ Carbon Tax Is a Costly Myth

James Taylor
|
Posted: Jan 20, 2019 12:01 AM
Share   Tweet
The opinions expressed by columnists are their own and do not necessarily represent the views of Townhall.com. 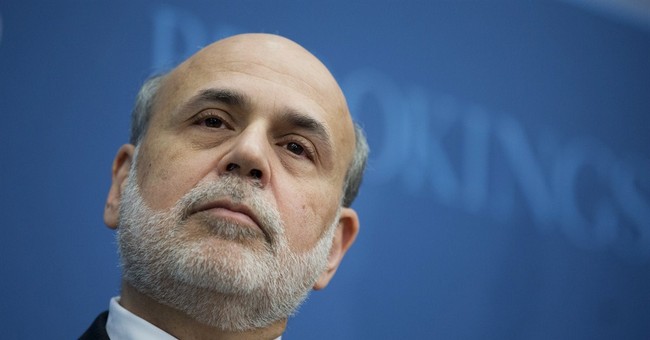 The Wall Street Journal, Washington Post, and other media outlets are reporting that a bipartisan group of top economic advisors has signed a statement supporting a carbon dioxide tax that returns all revenue to the American people. Prominent signatories include Alan Greenspan, Paul Volcker, and Ben Bernanke. Expect this to be a big messaging point in the weeks and months ahead for global warming activists.

More atmospheric carbon dioxide and gradually warming temperatures have brought net benefits to human health and welfare. Yet economists like Greenspan and Bernanke, who received appointments from Republican presidents, often make the argument that they are not scientists and they are merely crafting the best economic solution to a problem that most scientists say we need to address. Even if these economists remain unconvinced that carbon dioxide emissions and modest global warming bring net benefits, there are crucial flaws in their argument for a ‘revenue neutral’ carbon dioxide tax.

Here are the three biggest flaws of a ‘revenue neutral’ carbon dioxide tax designed to appeal to Republicans and conservatives:

1. A carbon dioxide tax may be crafted to be government revenue neutral, but it cannot be crafted to be household revenue neutral. The intent and impact of a carbon dioxide tax is to raise the price of coal, natural gas, and gasoline to the point that they are more expensive than high-priced wind power, solar power, and electric vehicles powered by wind and solar. When this happens, consumers will be purchasing wind and solar power that is much more expensive than what they presently pay for coal, natural gas, and gasoline. Consumers will therefore be forced to spend substantially more money on energy and energy-related bills. Yet the wind and solar industries will pay no carbon dioxide taxes, meaning a ‘successful’ carbon dioxide tax that dramatically reduces carbon dioxide emissions will collect little tax revenue and thereafter return little money to the people. This would be ‘revenue neutral’ for government, but households will see dramatic declines in discretionary income as a result of their uncompensated higher energy bills.

Not only would a carbon dioxide tax be economically destructive, but Republicans and conservatives who are duped into supporting such a scheme will be getting something entirely different than what is being advertised.