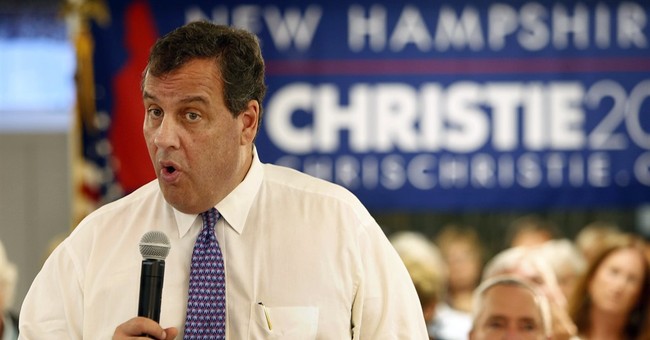 Chris Christie says Rand Paul, one of his rivals for the Republican presidential nomination, is "politicizing America's national security" by objecting to the government's indiscriminate collection of our telephone records. The New Jersey governor's puzzling charge against the Kentucky senator illustrates the bullying tactics of the national security state's defenders, who reflexively argue that civil libertarians endanger American lives by questioning mass surveillance.

Christie, whose appointees orchestrated a huge four-day traffic jam in Fort Lee to punish the city's mayor for declining to endorse the governor, knows a thing or two about politicizing public policy. But the actions for which he criticizes Paul fall far short of the reckless pettiness displayed by Christie's underlings.

In a Fox News interview on Sunday, Christie faulted Paul for seeking campaign donations from people who share his concerns about the National Security Agency's phone record database, which includes information about the destination, timing and duration of calls. Paul has "cut his speeches and put them on the Internet to raise money off of them," Christie said, apparently astonished at the audacity of such fundraising tactics.

"I know what he did with his positions after he made them," Christie reiterated, as if revealing scandalous information. "He used them to raise money off the Internet, and it's wrong."

If soliciting support from people who agree with you is wrong, so is every candidate. That includes Christie, who presumably wants people to support him based on his own views concerning the proper balance between privacy and national security.

Christie clarified those views two years ago, when he dismissed concerns about NSA surveillance of innocent people as "esoteric, intellectual debates." Christie challenged NSA critics such as Paul to "come to New Jersey and sit across from the widows and orphans and have that conversation."

In other words, if you ask why the NSA is collecting everyone's phone records instead of focusing on suspected terrorists, you are inviting another 9/11. Or as Christie put it on Sunday regarding Paul, "What he's done has made America weaker and more vulnerable."

That claim seems implausible in light of a 2014 report from President Obama's Privacy and Civil Liberties Oversight Board. "We have not identified a single instance involving a threat to the United States in which the telephone records program made a concrete difference in the outcome of a counter terrorism investigation," the board said.

Nor did Christie's position that the NSA's phone record dragnet is essential to preventing terrorist attacks persuade the 338 representatives and 67 senators who recently voted to end the program. Those legislators included Rep. James Sensenbrenner, R-Wis., the bill's House sponsor and the main author of the PATRIOT Act.

Sensenbrenner insisted that Section 215 of the PATRIOT Act, which the NSA cited as the source of its authority to collect everyone's phone records, did not allow such sweeping snooping. The president's civil liberties board agreed, and so did a federal appeals court.

According to Christie, all of these people are dangerously misguided, and so are most Americans. In an April survey of likely voters, 60 percent agreed that "Congress should modify the Patriot Act to limit government surveillance and protect Americans' privacy."

Rather than require the NSA to obtain phone records through court orders tied to specific targets, Christie says, "our Justice Department should prosecute any intelligence officer who violates the law." That solution is not very practical when an entire intelligence agency is routinely violating the law.

To Christie, such lawlessness is the price we pay for security. But even if the phone record program were as effective as he seems to think it is, his position would make sense only if we take a narrow view of security.

Christie worries about foreign terrorists, who pose a real but small threat, while ignoring the danger posed by an overweening state that is constantly reaching into the private recesses of our lives in the name of protecting us. Paul worries about both.