Jacob Sullum  |  Jun 29, 2011
The opinions expressed by columnists are their own and do not necessarily represent the views of Townhall.com.
Top Columns
Trending on Townhall Media

Former Rolling Stone Reporter Highlights One Story That's Crazier Than the 2020 Election Matt Vespa
When it comes to monitoring their children's media diets, some parents worry about sex, while others worry about violence. I worry more about inane sitcoms featuring smart-alecky kids and dumb adults, which is why I have blocked the Disney channel.

Different parents have different standards, and the same parents are likely to have different standards for different children, depending on their age, maturity and personality. Because of this diversity, policies that aim to bolster parental authority by restricting minors' access to material the government deems inappropriate, such as the California video game law that the Supreme Court overturned this week, would be doomed to fail even if they did not violate the First Amendment.

California's law made selling or renting a "violent video game" to a minor a civil offense punishable by a $1,000 fine. It covered games "in which the range of options available to a player includes killing, maiming, dismembering, or sexually assaulting an image of a human being," depicted in a way that "a reasonable person, considering the game as a whole, would find appeals to a deviant or morbid interest of minors," that is "patently offensive to prevailing standards in the community as to what is suitable for minors" and that "causes the game, as a whole, to lack serious literary, artistic, political, or scientific value for minors."

The thing about reasonable people, of course, is that they may disagree, especially on such abstruse issues as whether a video game appeals to a minor's "deviant or morbid interest," whatever that might be. "Prevailing standards in the community," which determine what is "patently offensive," are likewise a matter of dispute. Pretending that everyone in California agrees about "what is suitable for minors," or sees eye to eye on the redeeming value of violent entertainment, does not make it so.

The one thing all parents probably do agree on is that teenagers should not be treated like toddlers. Yet that is what California's legislators decided to do, decreeing one (indeterminate) standard for everyone under 18. The industry's game ratings, by contrast, draw six distinctions based on age and use 30 "content descriptors" to indicate the nature of potentially objectionable material.

Since parents can use these ratings to regulate what their children play (and can even use system settings to block games with certain ratings), what was the motivation for California's law? "California cannot show that the Act's restrictions meet a substantial need of parents who wish to restrict their children's access to violent video games but cannot do so," the Supreme Court concluded.

"Not all of the children who are forbidden to purchase violent video games on their own have parents who care whether they purchase violent video games," Justice Antonin Scalia noted in the majority opinion, questioning the premise that "punishing third parties for conveying protected speech to children just in case their parents disapprove of that speech is a proper governmental means of aiding parental authority." He suggested that the main effect of the law was to enforce "what the State thinks parents ought to want" -- the opposite of respecting parental authority.

On the same day the Court overturned California's video game law, it agreed to consider a First Amendment challenge to the federal ban on broadcast indecency, another policy that imposes government-determined standards of propriety in the name of helping parents protect their children. It features the same sort of constitutionally problematic vagueness and subjectivity, yet applies to adults as well as minors, banning "patently offensive" material related to sex or excretion between 6 a.m. and 10 p.m.

Like California's law, which arbitrarily distinguished between video games and other forms of violent entertainment, the indecency ban is "wildly underinclusive," applying to broadcast TV and radio but not to programming carried by cable, satellite or the Internet. In both cases the solution is not to expand the government's cultural regulations but to privatize them by letting people raise their own children. 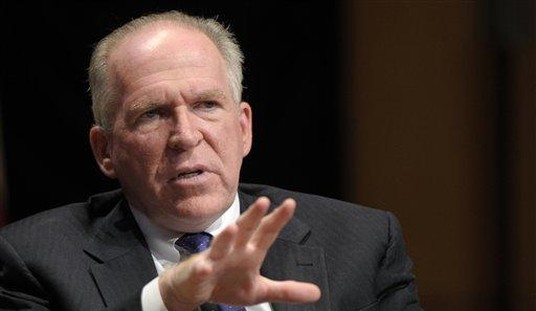