Jacob Sullum  |  May 04, 2011
The opinions expressed by columnists are their own and do not necessarily represent the views of Townhall.com.
Top Columns
Trending on Townhall Media 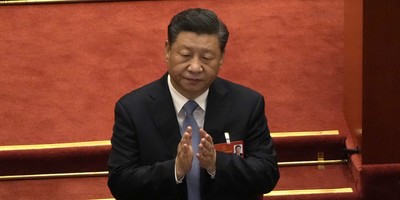 According to the official story, Osama bin Laden was killed because he resisted the Navy SEALs who were attempting to capture him at his hideaway in Abbottabad, Pakistan. "If we had the opportunity to take him alive," John Brennan, the president's counterterrorism adviser, said on Monday, "we would have done that."

Does it matter? Evidently the Obama administration thinks it does. But such fastidiousness seems inconsistent with the president's policy regarding terrorism suspects who are not in custody, which is to shoot first and never ask questions.

Under the laws of war, which the administration says apply to members and supporters of al-Qaida, you are not supposed to shoot an enemy combatant who is attempting to surrender or summarily execute him after he has been captured. Yet it is OK to kill him from a distance, without offering him a chance to give up.

In fact, President Obama considered dropping a bomb on bin Laden's house but decided on a helicopter raid instead because he wanted to preserve the al-Qaida leader's body to confirm that he was dead. "The helicopter raid was riskier," an administration official told Politico. "But he wanted proof. He didn't want to just leave a pile of rubble."

Although the helicopter raid was riskier for American personnel, a bomb would have been riskier for innocent civilians in the house and the neighborhood. But it would have avoided any question of whether bin Laden could have been taken alive by foreclosing that option.

Notably, several news outlets called the killing of bin Laden, who reportedly was shot twice in the head at close range, an "assassination," suggesting they doubted the official account of the raid. Assassination is banned by an executive order that is still in force, although the Bush and Obama administrations have interpreted the term narrowly, to exclude targeted killings of terrorists.

The assassination ban, first imposed by Gerald Ford in 1976, grew out of an investigation by the Senate Select Committee on Intelligence that highlighted CIA plots to kill government officials in Cuba, Vietnam, the Congo, the Dominican Republic and Chile. Hence everyone agrees the order forbids deliberately killing foreign heads of state, a practice that is also condemned by international law.

This distaste for assassination can lead to morally puzzling results. The day of the raid in Abbottabad, the Libyan government accused NATO forces of trying to assassinate Moammar Gadhafi after an air attack killed one of his sons and three of his grandchildren. NATO officials said the complex it bombed was a command post as well as a residence and therefore a legitimate military target. They denied any intent to kill Gadhafi.

Which is worse: deliberately killing a brutal dictator or accidentally killing little children? It is a perverse policy that forbids the assassination of foreign leaders, even those guilty of mass murder, yet sanctions the slaughter of innocent noncombatants as unavoidable "collateral damage."

Gadhafi, like bin Laden, has plenty of innocent blood on his hands. But he receives special consideration because his victims include not only the targets of terrorist attacks (such as the 1986 bombing of a Berlin disco and the 1988 bombing of Pan Am Flight 103 over Lockerbie, Scotland) but also the Libyans he rules by force.

By contrast, anyone other than a government official is fair game if President Obama identifies him as a terrorist. Obama claims the authority to deal death from a distance anywhere in the world, since the whole planet is a battlefield in the war with al-Qaida.

The problem is that some people on Obama's list, which includes U.S. citizens as well as foreign nationals, may not be as indisputably guilty as Osama bin Laden, who was proud of his role in murdering thousands of Americans. In a conventional war, the enemy is the guy in a uniform shooting at you. In the war with al-Qaida, the enemy is whoever the president says he is.