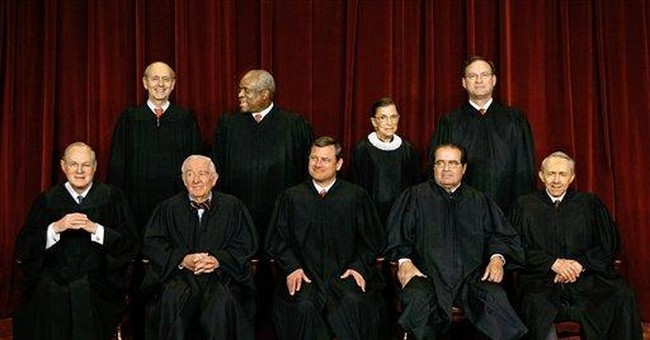 “I’m a little disoriented here,” Justice Antonin Scalia said during last week’s oral arguments in a case involving legal restrictions on movies that criticize politicians. “We are dealing with a constitutional provision, are we not, the one that I remember, which says Congress shall make no law abridging the freedom of the press?”

Scalia’s discombobulation was understandable, given that Deputy Solicitor General Malcolm Stewart had just claimed the First Amendment does not bar the government from telling interest groups what videos they may post online or what books they may publish. Such are the lengths to which Congress will be driven if it persists in its vain crusade to prevent “the appearance of corruption” by policing political speech.

The immediate issue before the Supreme Court is a 90-minute documentary, Hillary: The Movie, produced by the conservative group Citizens United, which wanted to make it available last year through video-on-demand cable channels. The cost of doing so, in addition to $1.2 million for cable system access, was a penalty of up to five years in prison.

According to the Federal Election Commission (FEC), the documentary qualified as an illegal “electioneering communication” under the Bipartisan Campaign Reform Act of 2002. That law prohibits corporations, including nonprofits like Citizens United, from sponsoring “any broadcast, cable, or satellite communication” that mentions a candidate for federal office within 30 days of a primary or 60 days of a general election.

In a 2007 case brought by Wisconsin Right to Life, the Supreme Court narrowed the definition of “electioneering communication” to cover only “express advocacy or its functional equivalent”—i.e., a message “susceptible of no reasonable interpretation other than as an appeal to vote for or against a specific candidate.” The FEC decided Citizens United’s documentary was so critical of Hillary Clinton, at the time a senator running for the Democratic presidential nomination, that it could not reasonably be seen as anything other than an attempt to prevent her election.

The implication is that a more evenhanded documentary, one that had some nice things to say about Clinton, would have been legal. Show a movie that tells a politician’s story in a neutral way (as judged by the FEC’s censors), and you’re OK. Show a movie that makes the politician look bad, and you can go to prison. What was that constitutional provision Scalia mentioned?

Members of Congress evidently had at least a vague memory of it when they passed BCRA, because the law includes an exemption for “a communication appearing in a news story, commentary, or editorial distributed through the facilities of any broadcasting station.” This provision perpetuates the dangerously misguided notion that certain citizens—in this case, those who work for a TV or radio station—have a special claim to freedom of speech.

Deputy Solicitor General Stewart declined to say the First Amendment requires Congress to draw such a line. He said “the difficult constitutional question” of whether the government may regulate the content of journalism produced by media companies such as Random House, the News Corporation, or the New York Times Company “has never had to be addressed.”

Stewart was less shy about defending the constitutionality of extending the ban on “electioneering communications” to print and the Internet, logical steps if Congress is serious about suppressing messages aimed at changing people’s votes. Indeed, given the convergence between the Internet and other methods of transmitting words and pictures into people’s homes, BCRA’s focus on “broadcast, cable, or satellite communication” will soon seem as quaint as the First Amendment.