Why Sessions Did Not Endorse Ted Cruz: The Latter Favored ‘Amnesty’

Jack Kerwick
|
Posted: Feb 29, 2016 11:07 AM
Share   Tweet
The opinions expressed by columnists are their own and do not necessarily represent the views of Townhall.com. 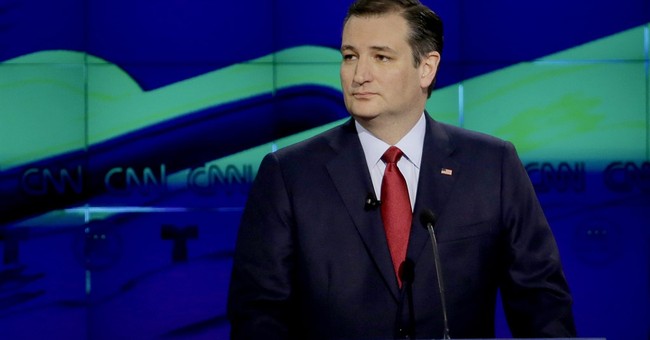 When Marco Rubio and his fellow seven gangsters in the Gang of Eight tried to impose amnesty upon the country, Senator Jeff Sessions spearheaded the battle against it.

There is no American senator that more strongly opposes amnesty and that more forcefully advocates on behalf of an American First immigration policy than the senator from Alabama.

And on Sunday, February 28, just two days before Super Tuesday and three days after the anti-Trump “conservative” pundits on Fox and in other outlets began talking themselves into thinking that Rubio would be the savior from Trump for which they’ve been searching, Sessions endorsed Donald Trump.

This is a big deal.

In addition to sucking from his sails whatever wind Rubio and his backers thought he had, Sessions’ endorsement of Trump also deals a huge blow to Ted Cruz, Sessions’ colleague in the senate who has been styling himself as the Gang of Eight’s chief nemesis. After all, if the latter was true, then why would a stalwart immigration patriot like Sessions not endorse Cruz?

The answer is that Cruz was not amnesty’s chief nemesis.

It is true that Cruz did not support making America’s 12 million or so illegal immigrants citizens. At the very least, he didn’t support doing so immediately. He did, however, advocate on behalf of granting them legal status—the first step to citizenship.

Cruz now denies that he ever promoted this position. While he concedes that he did indeed argue for legalization while reckoning with the Gang of Eight, he now claims that this was just a maneuver designed to doom the amnesty bill to defeat.

Hispanic Republicans who have known and worked closely with Cruz for years insist that they know better.

Robert De Posada, a former Director of Hispanic Affairs for the RNC and the founder of the “Latino Coalition,” a “conservative” organization, is adamant: “It’s just a flat out lie. Period.” He continued: “There’s just no truth behind it.”

De Posada, who worked (unsuccessfully) with George W. Bush’s administration to pass “comprehensive immigration reform,” conceded that while Cruz may have changed his mind on this issue over the years, it is simply not true that he never favored legalization. “But don’t sit here and flat out lie that you have never been for legalization when the facts are very clear.”

And what are the facts? The facts are that Cruz distinguished himself as among the most talented and aggressive of lawyers in the army of attorneys that Bush had assembled to craft his pro-immigration policies. All such policies included, at the very least, legalization—the first step on the path to citizenship.

In the early 2000s, Cruz joined the board of HAPI, an organization of “conservative” Hispanics that passionately argued on behalf of legalization. According to The Daily Beast, the group endorsed and labored to have implemented in law both “President Bush’s principles for immigration reform” and even the McCain-Kennedy immigration “reform act” of 2006!

Back in 2013, Mickey Kaus, writing in The Daily Caller, remarked that ifRubio and the Gang of Eight have its way, if amnesty passes, he knows who he will blame: Ted Cruz.

“Cruz was the national politician best positioned to stop the bipartisan, MSM-backed push for ‘legalization first.’ He not only failed to rise to the occasion, he’s recently increased its chance of becoming law.”

Kaus leveled a “two-count indictment” against the Texas senator:

First, while he would’ve ideally been “in the press and on the Senate floor, day after day, making the case against the ‘Gang of 8’ con job even if it risked costing him some MSM and donor support,” instead Cruz “contributed the minimum necessary to maintain his credibility as a foe of the Gang of 8 [.]”

Cruz promoted an online petition, made a Senate floor presentation, and gave some speeches to black marchers and Tea Partiers, it’s true. But “the job of actually leading the opposition, day in and out, fell to Jeff Sessions [.]”

Sessions was “organized, forceful and logical,” and yet he failed to “bring the PR heft to the fight that Cruz could.”

Second, Cruz exploited the August recess period, the time when the grassroots could attend town halls and register their outrage with the Gang of Eight’s designs, by talking about, not amnesty, but the defunding of Obamacare!

“Into this void stepped Cruz, who made a bold attempt to rouse a ‘grassroots army’ for the cause of…defunding Obamacare. So instead of haranguing their members about unchecked immigration, hard core red-staters would harangue them about the Democrats’ health care plans.”

Kaus concluded: “Almost certainly both these moves have helped Cruz’s presidential ambitions,” for “Big GOP Donors, who almost unanimously favor amnesty, are sophisticated enough to know the difference between fighting 100% against it and going through the motions.”

It’s no wonder that Cruz’s heart was never in that fight. He labored tirelessly for years with an eye toward enabling illegal immigrants to remain in the country (to say nothing of dramatically increasing the number of legal immigrants).

And legalization, as any fool should be able to recognize, is but amnesty by a different name, for legalization forgives the crime of invading America and provides the first steps toward citizenship.

Robert De Posada, Cruz’s old colleague, remarked: “When he went so far as to say that he’s never been for legalizing, that’s where he crossed the line and lost people like me.” De Posada elaborates: “It’s a character issue where a lot of us are just like, ‘Um, no.’”

Perhaps Senator Sessions, who had never before endorsed a presidential candidate and who laments that for thirty years he never encountered a politician who has followed through with the promise to “fix” the problem of illegal immigration, has about as much faith in Cruz’s credibility on this issue as does De Posada.