Jack Kerwick
|
Posted: Feb 04, 2016 11:06 AM
Share   Tweet
The opinions expressed by columnists are their own and do not necessarily represent the views of Townhall.com. 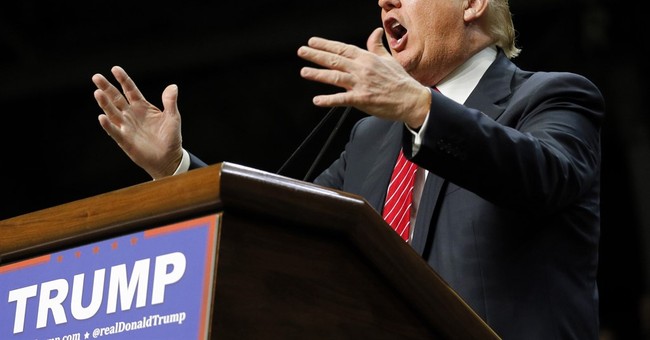 Now that the Iowa caucuses are completed, I offer some thoughts.

First, when Trump leads his competition by double digits in one national poll after the other, our ever sensationalistic, partisan media focuses on the competitor that he beats least badly and touts him, whether it is Ben Carson or, more recently, Ted Cruz, as “first runner up”—as if it was even close.

Yet when Trump really does finish in a close second place to Cruz’s first, and when he beats out Rubio, who came in third place, this turn of events is depicted as a crushing loss for Trump.

But Trump invested relatively few resources in time, energy, and money in Iowa. Moreover, he skipped out on the last debate, the one debate that was held in Iowa, just days before the caucuses.

And he still did as well as he did.

Second, the only reason why anyone would so much as dream to think that Iowa signals a loss for Trump is that his domination of all national polling since shortly after his entrance into this race some eight months ago, as well as his apparent exemption from the rules that constrain every other politician, have bestowed upon him an air of invincibility.

This week the Trump train has slowed a bit. Trump lost some momentum, for sure. However, one would be sorely mistaken to think—as many of his critics in both the Republican and Democratic parties are wishfully thinking—that this train has been derailed. No one can know what the future holds, but what we do know—what we should know by now—is that that train is going to barrel full steam ahead into New Hampshire next week.

Third, the Iowa caucuses are significant for the optics that they provide. Iowa is a notoriously bad measure by which to predict GOP presidential nominees. It has a 50 percent success rate on this score. Ronald Reagan finished in second place in Iowa in the 1980 election. George H. W. Bush finished in third place in 1988. John McCain came in fourth place in 2008 and Mitt Romney finished in second in 2012.

Fourth, predictably, Marco Rubio’s third place finish seems to have received more favorable coverage than even Cruz received upon winning Iowa. Think about that: A candidate comes in third place and the media—particularly the “conservative” media in places like talk radio and Fox News—talk about him as if he just won the presidency itself. As Ann Coulter tweeted, in the real world, third place warrants a “participation trophy.”

Yet Rubio’s backers in the media are using this to catapult him to the head of the pack.

Fifth, contrary to what some have claimed, it simply isn’t possible to determine whether Trump’s decision to skip the last Fox News debate accounts for the fact that he placed second on Monday night. Doubtless, the folks at Fox would love to think that this explains it. But neither they nor their fans nor Trump’s enemies have a speck ofevidence to substantiate this.

For starters, as every commentator everywhere has noted, the polls for Iowa appeared to have been inaccurate going into the caucuses. Thus, Fox can’t allude to any polls to show that Trump would’ve won had only he attended their debate.

After all, all things being equal, Iowa is not likely to be especially friendly to a largely secular candidate with “New York City values” like Trump. Also, as I’ve already mentioned, Trump had very little in the way of a ground game in Iowa.

Yet he nevertheless finished with just one delegate less than the winner.

There’s still, though, another consideration to bear in mind.

In politics, there ain’t nothing over ‘till it’s over, until candidates explicitly announce that they are hanging it up. And no one usually “suspends” their campaigns until after the results are in. Though Carson’s campaign released a statement that he would be returning to Florida, it never said that he would be suspending his campaign. Cruz’s people, however, told voters otherwise in an attempt to get them to caucus for Cruz.

While I would never want to suggest that Cruz would’ve lost Iowa if only his campaign hadn’t resorted to dirty tricks, the fact of the matter is that the Cruz campaign did indeed resort to dirty tricks. On this score, Trump, Ben Carson, and Rubio are all in agreement.

Actually, even Cruz implicitly, if inadvertently, admits wrongdoing, for he issued an apology to Carson (only one who is sorry for having offended another apologizes).

Finally, those in the media are proving to be even bigger egomaniacs than they accuse Trump of being, for they seem not have learned that this guy is full of surprises.