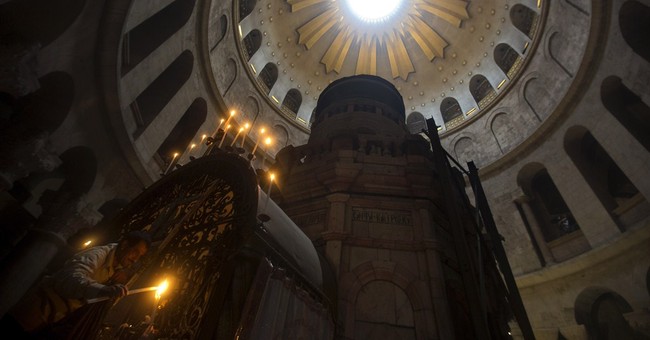 If ever sober-minded folks thought that they could take refuge in the Christian church from the left-wing juggernaut that is our culture’s zeitgeist, they can think this no more.

In the vestibule of the Lutheran church in which my son’s summer camp is held, I noticed that the most recent edition of The Lutheran is devoted to the topic of “economic inequality.”

Norma Cook Everist, a professor of church and ministry, quotes Luther who wrote that “the poor” are routinely “defrauded” by the rich. Matters, she declares, are “no less” true “today.”

Dividing, as it does, the world into “makers” and “takers,” “inequality” fosters the invidious fiction that some, including some people, including “some children,” are “worth more than all the rest.” This, though, contradicts the Christian’s belief that we are all “created in God’s image [.]”

“Congregations,” Everist writes, “need to welcome, include and minister among people across socioeconomic boundaries.” She assures us that “we don’t need to fear those named ‘of no worth’ becoming filled with power and potential because,” she concludes, “together we can become life-givers in the world.”

For starters, the term “inequality” when used in this context is both inaccurate and unfair. “Equality” is a morally charged word. In this respect it is not unlike “good,” “justice,” “virtue,” and the like. Some of “the rich” that Everist and her ilk loathe may know how to cook their books, but Everist and her fellow proponents of economic “equality” most definitely know how to cook their arguments: casting one’s position in the language of “equality” is a sure-fire way of stacking the deck in favor of one’s view from the outset.

That this is so becomes obvious once it’s considered that the very same people who incessantly bemoan “inequality” while arguing for income and wealth redistribution are the first to demand ever greater “diversity.” They are the first to bludgeon us into “celebrating” our differences.

Income/wealth “inequality,” however, is diversity.

If we are going to promote real diversity, then it is a foregone conclusion that there will be differences, dramatic differences, in the life choices that individuals make.

And this in turn means, necessarily, that there will be staggering differences in the amount of money that people earn, for among the choices that people make throughout their lives is the choice of, well, their livelihoods.

“Inequality,” in other words, is just the word that the self-avowed champions of diversity attribute to those instances of diversity that aren’t to their liking.

If, as Professor Everist implies, those of us who object to being coerced into working longer hours for little to no pay for the sake of realizing the redistributive scheme of some ideologue’s imagination are the enemies of “equality,” then she and her fellow travelers are the enemies of diversity (to say nothing of individuality and liberty).

Another critical point is that, whether by accident or design, all too many contemporary representatives of the church, like Professor Everist, conflate the issue of “the poor” or “the needy” with that of economic “inequality.” In doing so, they radically misconstrue the Gospel.

The parable of the Good Samaritan, the parable more than any other designed to emblematize the ideal of Christian charity, features a man of considerable means—the Samaritan—who deployed some of his ample resources to help a stranger in need.

Jesus, in other words, held up a reasonably well-to-do, and possibly even wealthy, man as the model of Christian love.

Christ also praised a Roman soldier, a man, mind you, who was sufficiently well off to have servants, as displaying more faith than anyone—including the impoverished to whom He ministered—in all of Israel.

Nicodemus and Joseph of Arimathea were rich members of the priestly class with whom Jesus must’ve been particularly close, for not only did they attempt to prevail upon their fellow Pharisees to refrain from turning Jesus over to the Romans. Following Jesus’ crucifixion, both prepared His body for burial in the tomb that Joseph secured for Him.

The Christian’s vocation is to care for the needy, for those in need. And this could include anyone—regardless of his or her socioeconomic circumstances. Unfortunately, whether Lutheran, Catholic, or otherwise, the contemporary Christian church’s almost exclusive emphasis on “the poor” comes at the cost of reducing the non-poor, and certainly the rich, to the status of non-persons. As such, the latter are for practical purposes rendered objects, yes, but not proper objects of agape, of Christian love.

No, the tireless campaign to demonize “the rich”—as well as those of us who are not rich but who object to the demonization of the rich and the socialist fantasies of the demagogues—renders “the rich” just objects.

Of course a great portion of Jesus’ ministry was spent ministering to the poor. Yet a great deal was also expended upon attending to the needs of the non-poor—as well as those of the rich.

And none of it was spent on the issue of “economic inequality.”