Jackie Gingrich Cushman
|
Posted: Apr 30, 2020 12:01 AM
Share   Tweet
The opinions expressed by columnists are their own and do not necessarily represent the views of Townhall.com. 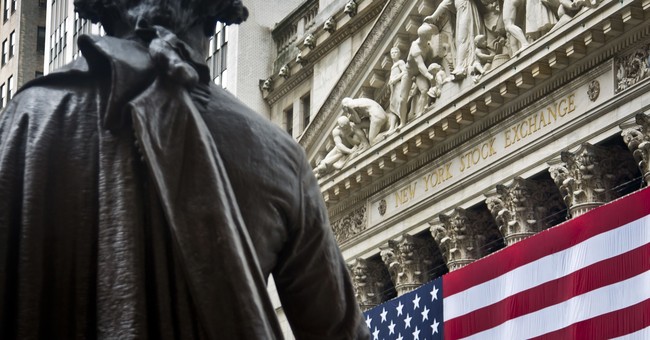 Today, more than ever, it's important to remember we are part of an exceptional nation that has overcome many adversities in our past. This is such a challenging time for all of us, and it's easy to be frightened and scared. It has really helped me to remember the challenges we have overcome together as a nation.

Early last month, at the beginning of our quarantine, I began watching a series of videos about our nation's history following the chapters of my second book, "The Essential American: 25 Documents and Speeches Every American Should Own." In addition to reminding myself and others about our nation's history, it has also made me think through where we should go from here.

Let's start with a sweeping view of our history. Patrick Henry first articulated what many were thinking but no one else wanted to say when he uttered the words, "Give me liberty, or give me death." He understood that we could not continue under British rule without giving up our rights. The next year, we declared our independence.

Our Declaration of Independence provided our reasoning for leaving the crown and laid out our belief that God gives people rights, and people loan those rights to the government. This basic structure is what distinguishes our country from others. Our nation was founded on a belief in God.

George Washington, the leader of our forces in the Revolutionary War and our first president, had two horses shot out from under him and bullets pass through his clothes four times during the French and Indian War. He understood that God had saved him. His first presidential proclamation, in 1789, designated the 26th day of November to be set aside for thanks giving. "It is the duty of all nations to acknowledge the providence of Almighty God and to obey His will, to be grateful for His benefits, and humbly to implore his protection and favor," he wrote.

Washington also understood the pull of personal power and warned us in his farewell address that, "Sooner or later the chief of some prevailing faction, more able or more fortunate than his competitors, turns this disposition to the purposes of his own elevation, on the ruins of public liberty." Unfortunately, few heed this warning.

It is easy to believe that our nation would not have survived intact if Abraham Lincoln had not been our president. Between his election and his first inauguration, seven states left the union. He led us during the most trying time in our nation's history and became more faithful to God as the war continued, understanding he was but an instrument in the hand of God.

President Theodore Roosevelt, who overcame a sickly childhood to become a rough rider in the Spanish-American War, encouraged Americans to live a strenuous life. He believed that challenges had to be met and overcome rather than avoided.

His distant cousin, President Franklin D. Roosevelt, led us through World War II, and reminded us that, "Courage is not the absence of fear, but rather the assessment that something else is more important than fear." For him, that something else was our nation, and the freedom it represented to the world.

In 1987, while standing at the Brandenburg Gate in West Berlin, President Ronald Reagan challenged the general secretary of the Communist Party of the Soviet Union, Mikhail Gorbachev, to "tear down this wall!" The wall did come down.

While you might be thinking that these examples are all too old to be relevant, I think they are more relevant today than ever before. They challenge us to look beyond ourselves and our present circumstances. They invite us to be more faithful to God and to raise our view to the long-term future, understanding that hard work has to be put in to move us toward that future together.

I believe that America works best when Americans are working, and life has more meaning when we have stronger relationships. This pandemic pause has allowed us to reevaluate what provides meaning in our lives. My hope is that we will become more faithful as a nation, and more willing to roll up our sleeves and work together to rebuild America into the great nation it can be. It's up to us, we the people.