Jackie Gingrich Cushman
|
Posted: Aug 02, 2018 12:01 AM
Share   Tweet
The opinions expressed by columnists are their own and do not necessarily represent the views of Townhall.com. 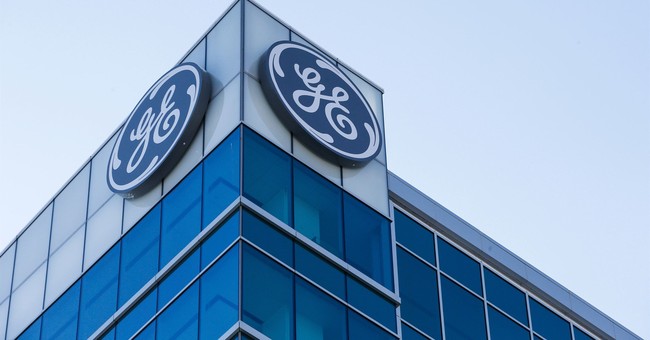 Gallup announced this past Monday, "for the first time in Gallup's measurement over the past decade, Democrats have a more positive image of socialism than they do of capitalism."

It's not that Democrats have suddenly decided to embrace socialism, the poll found. "The major change among Democrats has been a less upbeat attitude toward capitalism, dropping to 47 percent positive this year -- lower than in any of the three previous measures."

This shift is happening primarily among young adults. "Americans aged 18 to 29 are as positive about socialism (51 percent) as they are about capitalism (45 percent). This represents a 12-point decline in young adults' positive views of capitalism in just the past two years and a marked shift since 2010, when 68 percent viewed it positively."

It makes me wonder if young adults are educated about the differences between socialism and capitalism and the framework required for each structure to work. Possibly capitalism needs champions.

Someone like Ronald Reagan, who expertly distinguished capitalism from government control in his speech in support of then-GOP presidential candidate Barry Goldwater in October, 1964. "You can't control the economy without controlling the people," Reagan said. "We either take responsibility for our own destiny or we abandon the American revolution and confess that an intellectual belief in a far-distant capital can plan our lives for us better than we can plan them ourselves."

From 1954 to 1962, Reagan had worked for General Electric as a spokesman for the company's initiative to promote citizenship. He promoted conservatism, but also talked about the resilience of the American people and the problems that all Americans faced. Traveling across the country, he met thousands of people from different geographic areas and concluded that, in the end, Americans shared core common problems, values and ideals.

When talking about a government that could solve problems through centralization, Reagan took a cautious view. "This was the very thing the Founding Fathers sought to minimize," he said. "They knew that governments don't control things... And they know when a government sets out to do that, it must use force and coercion to achieve its purpose."

Webster's dictionary defines socialism as "any of various economic and political theories advocating collective or governmental ownership and administration of the means of production and distribution of goods." This might sound good on paper, similar to cooperating in kindergarten. But what happens when it's attempted in the real world?

So, while collective or government control might sound good in theory, it cannot be accomplished in practice without taking control away from individuals and moving that control to the government.

While outlining a choice, Reagan differentiated between good motives and bad outcomes. "Regardless of their sincerity, of their humanitarian motives, those who would trade our freedom for security have embarked on this downward course," he said.

"The Venezuelan case is a textbook example of the evolution of socialism," wrote Kevin Williamson in "Venezuela's Future -- and Ours," published June 24 in the National Review. "Venezuela had essentially one big plan: Use the profits from state-run oil companies to fund a massive welfare state, and use the leverage thus gained to fortify support for [former Venezuelan President] Hugo Chavez and his political party until they achieved power sufficient to move Venezuela's assets and its people around like pawns on a chessboard. The problem is that people are not chessmen. Chavez et al. turned out to be pretty poor chess players, but even if they had been grandmasters, it would not have been enough. Economies cannot in fact be controlled and managed in the way that socialists imagine."

The results? Venezuela's "children are starving to death in what was, not so long ago, South America's wealthiest country," wrote Williamson. A real life example of the demise of a country and the price paid by its people.

The difference is that capitalism focuses on building and creating, while socialism is about controlling and divvying the results. A country must build to be successful; if it stalls and focuses only on dividing up the results, then the results will be disastrous.

"When central planning fails -- and it always fails -- the result is almost never the relaxation of political regimentation," wrote Williamson, "but the redoubling of efforts to impose the plan by increasingly brutal application of force." It becomes not a system of production, but an application of power.

To ensure we don't wind up paying the same price as Venezuela, we should instead seek to champion an economic system that has resulted in growth for years.