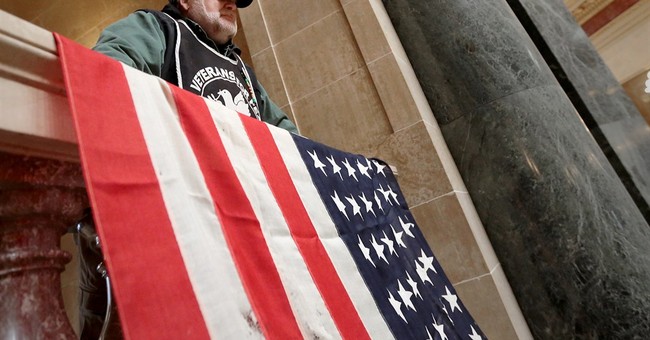 According to C.S. Lewis, "We are what we believe we are." If he is correct, then it raises this question: Do our beliefs on where we fit in among the economic classes create a self-fulfilling prophecy, and, if so, can downgrading our beliefs change our economic outcomes?

We all know from experience that beliefs and outcomes can be mutually reinforcing, in positive and negative ways. The trainer who helped me get into the best shape of my life about eight years ago had a mantra that he drilled into my head: "You can do it; you can do it -- put your mind to it." Of course, what he meant was to put my biceps, triceps and quadriceps, etc. into it as well. But it all started with my belief system -- did I believe that, with hard work, I could do it?

This week, Gallup released a survey in which "51 percent of Americans say they are middle class or upper-middle class, while 48 percent say they are lower class or working class." (April 9-12, 2015, 95 percent confidence level, plus/minus 5 points.) While the increase in those self-identified as working- and lower-class has gradually increased from 2008 until now, the downward shift in upper- and middle-class self-identification occurred primarily between 2008 and 2012 (from 63 percent to 50 percent).

From what demographics are these shifts coming? The shift out of upper-class/ middle-class identification is less prevalent for those with college degrees and more prevalent for those between the ages of 30 and 64 -- those who are in the years when earnings power is supposed to be greatest.

This 15-year change might explain why Democratic presidential candidate Hillary Clinton rolled out her campaign talking about everyday Americans, with her quote on the home page of her website, Hillaryclinton.com, saying: "Everyday Americans need a champion. I want to be that champion."

This recent poll highlights both a challenge and an opportunity for Republican presidential primary candidates. The challenge stems from the fact that we have experienced a downgrading of how we feel we fit into the country from an economic perspective. The opportunity is for a candidate to articulate a clear vision of a positive future, from an economic perspective, that will inspire people to not only vote for him or her but to work for his or her campaign.

Words have power; they create images and possibilities and provide a window into the future of what could be. The best leaders use positive words to communicate a potential future for a country that is possible if actions are taken. They inspire action, progress and positive results. For words to matter, they must be supported by a solid foundation.

The clearer, simpler and more direct the vision, the faster people will connect and embrace our country's potential future -- working for its outcome.

The reason that President Ronald Reagan was so effective is that his words were simply an extension of who he was. His belief system, his foundation, had been formed over a long time, and he focused not on changing his core belief system, but on clearly communicating his belief that a brighter future awaits.

Content in who he was, he provided the calm reassurance that America is great, that its people are resilient and that we simply have to have as much faith in ourselves as he did. Alas, that combination of leadership shows, once again, that we need someone who can lead our country forward into a brighter future.