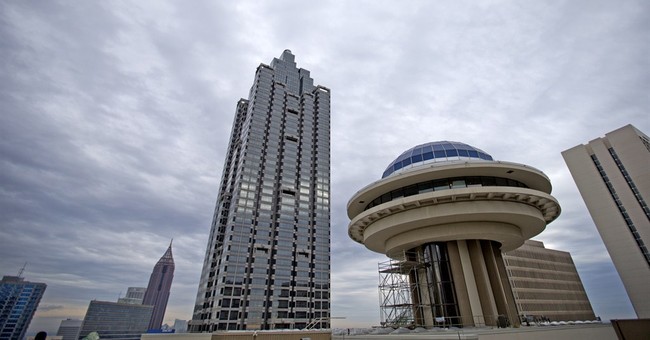 If you walked through Midtown Atlanta today, you would see a burgeoning, bustling, vibrant community. A place where people live, play and work. For me, it's not just a matter of interest; it's a matter of family history.

My father-in-law, Jim Cushman, developed the first mixed-use community in Midtown Atlanta, Colony Square. Designed to include offices, shops, residential and entertainment, it began in the late 1960s when there were abandoned and burned-out buildings in the area. The idea of gathering up large parcels of land and creating a "mixed-use" community was unheard of, especially in what was thought of at that time as the edge of town. Who would want to live, work or play in the outskirts of the city?

The edges of the metro area have moved out as the population has grown. In the 1960s, the population of the Atlanta area was 1.3 million. Now the region is over 5.7 million people. Midtown is no longer on the edge, but is securely in the middle of the town, located between downtown and Buckhead.

A June 10, 2002 Atlanta Business Chronicle Article titled, "Colony Square pioneered mixed-use in Midtown," by Randy Southerland, noted Jim's visionary development: "Colony Square was the forerunner of this concept that is now flowering throughout the Midtown area." And that was 13 years ago. The area has become even hotter.

"'Jim Cushman was definitely a visionary and a pioneer who came into a rough area and put all those components into one spot,' said Susan Mendheim, president and CEO of the Midtown Alliance. 'Now we're coming back and saying mixed-use is the way to go.'"

Others may have known him as the "Father of Midtown," but I called him Gem, as did his mother, as a term of endearment. Born in the small town of Chester, South Carolina, he was proud to be a South Carolinian and a strong Clemson supporter. Gifts to him that were orange were well-received indeed.

He loved his family, doting on his four grandchildren, and two step-grandchildren. He was proud to watch them perform and thrilled to hear them play musical instruments. But most of all, he was just glad to be around and share time with those he loved. Talking to South Carolina relatives was one of his favorite pastimes, as well as catching up with cousins in Maryland -- a talker, he was.

One of my favorite memories is of him with his dachshund, Brutus. A long black dog with short legs, Brutus was Gem's constant companion, often traveling with him in the car, in his lap as he drove. When the door of the car opened, Brutus would bound out and run to greet whoever as near -- a bundle of energy.

Southern charm was not just part of Gem; it was ingrained in him. He could talk to any stranger, who would befriend him instantly. His stories were captivating, entertaining and would have me often laughing at the end of their completion, amazed at how things worked out for him.

My favorite Gem story happened in New York City, when we had all travelled up to the city for his daughter's wedding. The Sunday after, we met him for brunch on the way out of town to celebrate his and our daughter Maggie's birthday. At some point, Gem realized that he had left his suitcase in the taxi that had brought him from the hotel. Well, if this had happened to me, the suitcase would have been long gone -- never to be seen again.

But not Gem; he had chatted extensively with the driver, knew his name, his wife's name (and probably his children's names). He called the taxi company and was able to get his home number. After he called the driver's wife and explained what happened, she FedExed the suitcase back to Atlanta, at no charge. All ended well: the suitcase, intact, back in Atlanta.

A doting father and grandfather, who will, as wished, be transported back to South Carolina. His life and story reminds me that connections are not just intriguing, but they form the web that interconnects all people, and makes life interesting and worthwhile.