Without Malice, With Charity 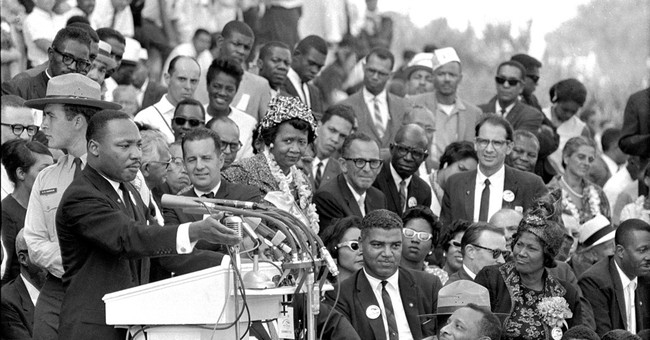 My favorite place in Washington is the Lincoln Memorial. Its grand size, pivotal location and sweeping view of our capital city are a backdrop for the inspirational addresses inscribed on its walls. Lincoln's second inaugural address and his Gettysburg Address are there for all visitors to read.

In the Gettysburg Address, Lincoln's most well-known speech, he never uses the word "I" or "me;" instead, he focuses on our nation.

He closes by asking the nation to be more, to do more. "It is rather for us to be here dedicated to the great task remaining before us -- that from these honored dead we take increased devotion to that cause for which they gave the last full measure of devotion -- that we here highly resolve that these dead shall not have died in vain -- that this nation, under God, shall have a new birth of freedom -- and that government of the people, by the people, for the people, shall not perish from the earth."

In his second inaugural address, Lincoln closed with another call for Americans to be more, to do more: "With malice toward none, with charity for all, with firmness in the right as God gives us to see the right, let us strive on to finish the work we are in, to bind up the nation's wounds, to care for him who shall have borne the battle and for his widow and his orphan, to do all which may achieve and cherish a just and lasting peace among ourselves and with all nations."

Eighteen steps below Lincoln's statue, Martin Luther King, Jr., delivered his "I Have a Dream" speech 50 years ago this week. His speech culminated a daylong Jobs and Freedom march. The crowd was composed of more than 200,000 Americans -- black and white, northern and southern, children and adults.

Like the man whose statue was behind him, King used imagery, scripture and history to connect with his audience. Like Lincoln, he focused on an optimistic view of the future and delivered an address that called for Americans to work toward a higher goal. In providing a vision of what could be, he challenged us to be more and to do more.

"Let us not wallow in the valley of despair, I say to you today, my friends. And so even though we face the difficulties of today and tomorrow, I still have a dream. It is a dream deeply rooted in the American dream. I have a dream that one day this nation will rise up and live out the true meaning of its creed: We hold these truths to be self-evident, that all men are created equal. ... I have a dream that my four little children will one day live in a nation where they will not be judged by the color of their skin but by the content of their character. ... Looking forward to that day when all of God's children, black men and white men, Jews and Gentiles, Protestants and Catholics, will be able to join hands and sing in the words of the old Negro spiritual: Free at last! Free at last! Thank God Almighty, we are free at last!"

As we reflect on the changes in the 150 years since Lincoln issued the Emancipation Proclamation and in the 50 years since King delivered his dream speech, let us continue to challenge ourselves and each other to be more; to do more; to know that as long as there is work to be done, that we must work together for a brighter future.

It's easy to tear down others, to create divisions and to alienate those who differ from us. It's harder to look toward the larger purpose and possibilities that can happen when we work together.

Without malice, with charity, judged not on color but on the content of character, to really be free at last -- the legacy of Lincoln and King. To remember that, for every generation, we have to work together to ensure that government of the people, by the people, for the people, shall not perish from the earth.