Rome is Burning and No One Cares 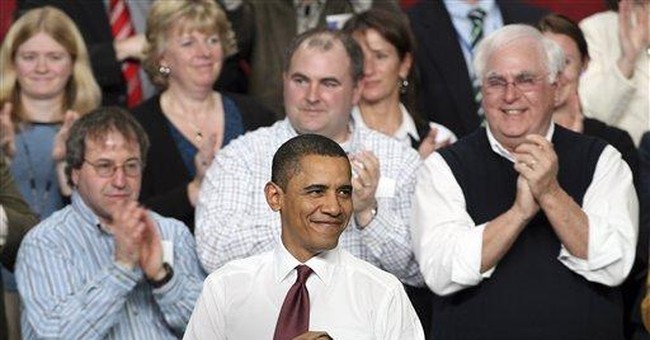 "Rome is burning, and no one cares," my colleague Jim exclaimed to our boss on a conference call in the late-1990s. We were trying to explain the budget crisis in our largest property, which was responsible for more than $1 billion in revenue.

Jim's point was that no one on the ground, operating the property, cared we were in a crisis, or thought we could solve the crisis. Jim, director of partner relations, and I, director of finance, had just finished a budget-review trip to the property. The trip had started with a four-hour, cross-country flight during which Jim, located in the window seat next to me, was forced to review the two six-inch budget binders the operating company had compiled.

It's been 13 years, and he has almost forgiven me.

What did we learn? That no amount of detail can hide the obvious.

Buried amid hundreds of pages of detail, the firm's directors had inserted a $24 million plug figure of "expense reductions to be found" to meet our net income target. In other words, they had thrown their hands up in defeat. Any doubts were swept away when I walked into the office and their president said, "You can't come here and find 24 million."

That afternoon, the showdown occurred during a budget meeting with directors. Jim thanked them for their work and then asked them to send in their bosses. The vice presidents showed up, believing that, since we were now on the ground with them, we would understand the operational pressures they faced and agree. That didn't happen. "Your job is to make the numbers work," Jim told them. "If you can't do it -- we'll get different people who can."

Jim's statement, "Rome is burning, and no one cares," is applicable to our nation's budget situation today.

On Monday, the Obama administration released it 2011 budget with an estimated $1.3 trillion deficit. Taxes equal 15 percent of the gross domestic product in 2011, and rise by a third to 20 percent of GDP in 2020.

The internal logic underlying the budget can be seen in the president's message. "If we can slow the rate of cost growth by just 15 basis points per year (0.15 percentage points per year)," his budget message says, "the savings on Medicare and Medicaid alone would equal the impact from eliminating Social Security's entire 75-year shortfall." This can also be interpreted as: We have not been able to properly manage these three government-run programs, but let the government spend more, run health care, increased spending.

That logic is faulty, and it gets worse.

This, too, does not pass the reasonableness test.

Regarding the question: Does the budget meet the goal?

My expectation is for the government to turn in a balanced budget. Not only was this not done, but also no attempt to do so was made. The budget makers have thrown their hands into the air.

First of all, the noted goal is wrong -- a balanced budget would require interest payments to be included.

Secondly, balancing the budget is the job of our elected representatives, not some other newly created fiscal commission.

What we need is for members of the House of Representatives, where all appropriation bills must start, to understand their job. That yes, they must balance the budget -- or we will get someone else who can.

I thought about calling Jim to see if he would deliver the same message he delivered 13 years ago to our Congress and president: "Your job is to make the numbers work. If you can't do it, we'll get different people who can."

But I decided that's our job as citizens. To tell them, "Yes, you must, or yes, we can get someone else."

As for the operating company, together, we figured it out.