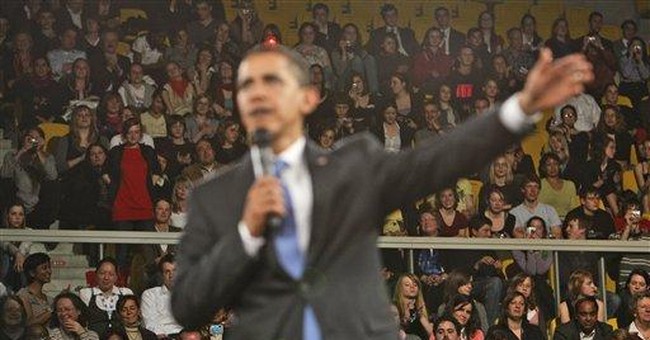 President “Obama has best day as President,” James Carville wrote this past week, citing Obama’s polling numbers, confident appearance, the financial market performance and news that his budget was about to pass.  In addition, the Dow Jones index broke 8,000, closing 20 percent higher than last month.

Based on this information, I should be feeling better about where the nation is moving and looking forward to good days to come.

However, there is that nagging feeling, the same feeling I have when I see bellbottom pants, platform and jelly shoes - that gives me pause.  It’s the feeling that it is impossible – but I have been here before.  Not in specific details – but in general structure, format and mood.

“Déjà vu: Where Facts Meet Fantasy,” (New Scientist, March 25, 2009) defines déjà vu as the “startling, inappropriate and often disturbing sense that history is repeating itself, and impossibly so.  You can’t place where the earlier encounter happened, and it can feel like a premonition or a dream.  Subjective, strange and fleeting.”

From where does this feeling come?  “One particular theory of déjà vu is that it may be a memory process,” notes Psychologist Anne Cleary of Colorado State University in Fort Collins. “Features of the new situation may be familiar from some prior situation.”

What is hauntingly familiar about the current situation?

“Less measurable but no less profound is a sapping of confidence across our land,” said Obama in his inaugural speech, “—a nagging fear that America’s decline is inevitable, that the next generation must lower its sights.”

The historical framework was provided by President Carter in his infamous “malaise” speech of 1979, when he said, ”The threat is nearly invisible in ordinary ways. It is a crisis of confidence. It is a crisis that strikes at the very heart and soul and spirit of our national will.”

In that same speech, Carter asked Americans to “stop crying and start sweating.”  Obama echoed with “we must pick ourselves up, dust ourselves off,” in his inaugural speech.

Both times included heightened focus on energy independence, and programs that increased the cost of fuel to the average citizen – Carter’s through quotas, Obama’s through cap-and-trade programs.

However, it’s not the individual policies that provide the familiar framework, it’s the unspoken underlying belief behind them.  The overall message in today’s world is that the average Jack (or Jackie) is not smart enough to make things work, that the people can’t figure things out, so the government will have to take control – of banks, of insurers, of car companies and even, as of last week, of volunteering.

That’s the framework and belief that provides the background to the hauntingly familiar message.  Don’t worry – the government will take care and fix everything.  There are those in the government who are smarter and brighter than the average person and they will “fix things.”

Citizens, told that the world is a complex and confusing place, are sitting back and waiting for the government to solve our problems.  Individual effort and activity are being replaced by government intervention.

Somehow, it just doesn’t ring true to me.

The impossible part?  That in today’s world, America is leading the charge into government intervention.  When Saab recently went to the Swedish government for help, and the government refused to bail them out. The French government rejected a large stimulus bill as fiscally irresponsible.

All of this is occurring while Obama is firing the CEO of General Motors, Rick Wagoner, and Congress is rushing through a $787 billion stimulus bill, and a $3.6 trillion budget.  People are focusing on how to get their share of stimulus money (funded by debt that taxpayers will have to repay) instead of how to create stimulus through individual action.

Americans once believed the words President Reagan’s spoke in his first inaugural address, that “government is not the solution to our problem.”  Now it appears we have momentarily lost our way and, in Reagan’s words, “have been tempted to believe that society has become too complex to be managed by self-rule, that government by an elite group is superior to government for, by, and of the people.”

Déjà vu – we live in a time that appears startling and impossible.