Christmas Joy I Can Believe In 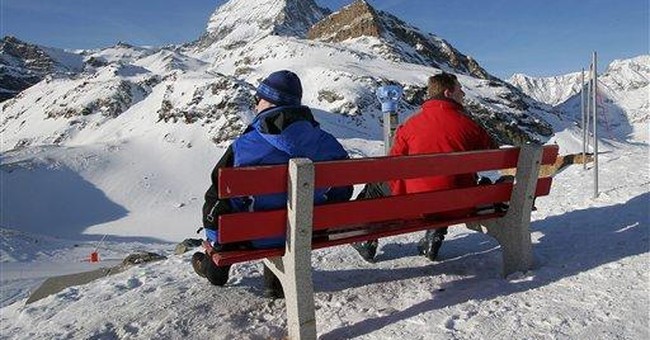 Rather than thinking of sugar plums at Christmas, I often conjur visions of perfection in my head: the perfect card, sent to all our friends right after Thanksgiving, the perfect tree, perfect caroling and perfectly behaved children.

Then I wake up.

It’s Christmas week, school is out, relatives are in town and my shopping is not done.  My cards are not out, my house is not clean, and I am feeling undone.

Our 7- year-old son Robert’s three different new Star Wars Lego sets, purchased by his grandparents last night, contain a total of 2,735 pieces.  This adds to my feeling of being overwhelmed.  Less than six hours after the purchase, Mace WinduTM’s purple lightsaber was lost.   There was much sorrow and gnashing of teeth.  I then gave up and went to bed.  Robert convinced that everything turns up eventually, recovered.

Christmas, the time of Jesus’ birth, of celebration and thanks, is also a time of overextending, both physically and financially.  You want to go to all the parties and events, get everyone the right presents and make your sweet next door neighbor homemade cookies, at least I do.

A reflection on the first Christmas provides me with a bit of perspective.

Mary, Joseph’s wife, had become pregnant while they were betrothed, before they were married.  And not by Joseph.  Hmmm. This meant the marriage might be off.  But after seeing an angel in a dream, Joseph decided to go ahead and marry Mary.

Afterward, while Mary was very pregnant, they traveled to Bethlehem to comply with the king’s decree.  Joseph walked and Mary rode on a donkey – no first-class upgrade for them.

So that first Christmas included a newly married couple, under the stress and strain of pregnancy, and travel.  To make it worse, once they arrived in Bethlehem, they tried to find room in an inn – but there was no room.  So Mary gave birth to Jesus in a stable and laid him in a manger.  For those of us who have labored through giving birth in modern days, this normally means in a hospital with an epidural, a far cry from a stable with sheep.

This first Christmas was far from perfection.  Mary and Joseph did the best they could, with what they had.  Not silk sheets or satin covers, but straw and hay.

How was Jesus’ birth received? With a bright star in the sky, heavenly hosts singing, gifts from wise men, and visits from shepherds.  There was celebration at the birth of Jesus, not at the appearance of the accommodations in which he was born.

Arriving home this week after traveling, I have had a hard time trying to get everything back in order.  I rode in an airplane instead of a donkey, slept between nice, cotton sheets rather than hay, was even upgraded on the way back, and I am certainly not pregnant.  Still, it requires constant vigilance to remind myself that Christmas is not about where and how but whom.

However, somehow, the important parts, at least to me, are providing a foundation for joy.  Toward that end, I have accomplished a few things this week – attending several family and celebratory dinners, watching our children’s French Holiday program and spending the afternoon with family.  These have reminded me what this season is all about.

The pine roping I bought two weeks ago is still curled up in my carport, and I have yet to find my mailbox decorations.  My vision of perfection is rapidly turning into a hallucination.  But I am going to focus on who, rather than what or where, at least until Robert decides to build the Star Wars sets.

Christmas Joy – Doing the best we have with what we’ve got, with those we love.

Now that is Christmas Joy, even with 2,734 Lego pieces or maybe 2,735 if the lightsaber turns up.