Progressive Crazies Are Getting The Kids Killed

Ilana Mercer
|
Posted: Jan 04, 2019 9:19 AM
Share   Tweet
The opinions expressed by columnists are their own and do not necessarily represent the views of Townhall.com. 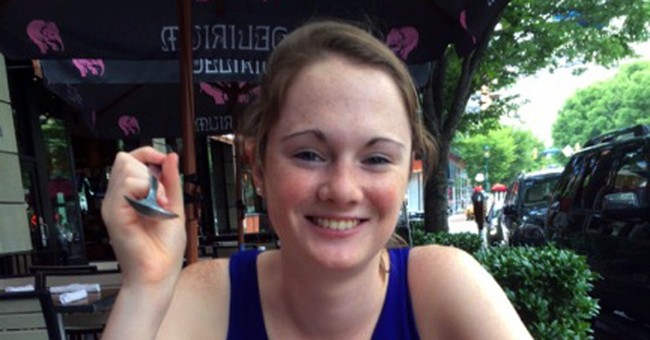 Likewise misleading are the leads from the intelligence authorities, who seem to confirm that, but for “ISIS, Jihad, extremism, terrorism”—it would be perfectly safe to adopt the improvident habit embraced by the naive to wander happily all over the world in the belief that the world is their oyster.

To be sure, Jihad was likely part of the predatory behavior involved in the decapitation of the two young Scandinavian lovelies, in Morocco.

But while potent, Jihad—and the Brownie points accrued for offing infidels—is not the main incentive in operation here.

You adopt the argument of feminism when you willfully ignore sex, gender, and the man-woman disparities in crimes involving these young, attractive women.

Like many an agenda-driven pundit, the authorities are only too pleased to compartmentalize and abstract causality. They’ll tell you that a lofty ideology, not ordinary sex, was the motive for murdering Maren Ueland, 28, and Louisa Jespersen, 24.

It’s up to formative figures like parents to counter the crazies—for those who ignore the power differential that comes with biological differences are crazy. What’s worse, these crazies are getting the kids killed.

So, yes, Jihad. But Jihad is secondary to the probable sexual subjugation to which these young women would have been subjected, as they traipsed around the Muslim Maghreb defenseless.

Please, parents and pedagogues, start teaching young girls that “Beauty and the Beast” is a fantasy; that the world, certainly the Third World, is not their oyster; that women can get raped, even killed, if they Kumbaya alone around the world. Or, around the country, for that matter.

The lesson is universal.

Before being abducted, raped and killed by stalker Jesse Matthew, in September of 2014, Hannah Graham drew the attention of this predator by wondering about alone, late at night, in Charlottesville, Virginia. In surveillance footage, Ms. Graham can be seen swaying as though tipsy.

If one is to go by crime documentaries such as “Investigation Discovery,” Ms. Graham and too many girls like her die horrible, futile deaths, likely because they are raised in a society that refuses to recognize the limits imposed by biology, preferring to teach them that their beauty, desirability and fragility place no impediments on their liberty to live la vida loca.

Progressive-minded parents are culpable in many ways for sending their girls into the maw of hell. Canadian Rebecca Jane Middleton was but 17 when she was packed off to Bermuda by her starry-eyed parents for a “trip of a lifetime.”

There, Ms. Middleton was tortured, sodomized, gang raped and then stabbed 35 times. Deceptively, the film about Jane’s ghastly demise is grouped in an “Investigation Discovery” series called “Murder in Paradise.”

Bermuda is no “paradise.” It is one of the most dangerous spots in the world, rated by American and British crime advisories as having “a medium-high crime rate.”

And again. In October of 2015, a young Canadian, Audrey Carey, was beaten to death in San Francisco's Golden Gate Park. What was she up to? She “was on her first solo backpacking trip,” as relatives of Ms. Carey lamented. It was also her last. Carey had planned on day tripping through Europe, too.

American and European parents are universally blasé about their kids, girls especially. They’re also stupendously naïve, sending precious progeny, during their most foolish years, to dangerous spots around the world, to soak in the world, armed with nothing but a sweet smile and delusions about the goodness and sameness of human nature.

The grisly murder of the two girls hiking in Morocco was as predictable as the 2017 rape and killing of an Irish lass, Danielle McLaughlin, 28, who was trekking solo across India. And if a calamity is predictable it is also preventable.