Ilana Mercer
|
Posted: Jun 15, 2018 12:01 AM
Share   Tweet
The opinions expressed by columnists are their own and do not necessarily represent the views of Townhall.com. 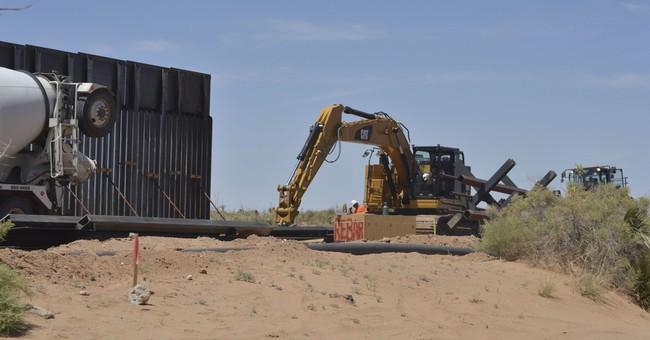 No good deed goes unpunished. Jeff Sessions wants to restore to America the "sound principles of asylum” and long-standing tenets of immigration law, abandoned by American leaders over the decades.

That makes the attorney general a Hitler, to use liberal argumentation. Condemned for all eternity.

As the left sees it, if America isn’t going to police the world; it must at least provide shelter to all people from unpoliced parts of the world.

And now, the U.S. Conference of Catholic Bishops (USCCB) is piling on.

By narrowing promiscuously broad asylum criteria—the system is being gamed, attests  Andrew Arthur, a former immigration judge—Sessions stands accused of flouting the “right to life” of the women of the world.

No matter that America has its own share of abused women “persecuted by their husbands and ignored by their own governments.” The last, parenthetic remarks were uttered by immigration lawyers, who mask greed with prattle about values.

Over the objections of such rent-seekers, Sessions has dared to say “no!”

"Asylum was never meant to alleviate all problems—even all serious problems—that people face every day all over the world," reasoned Sessions, quite sagaciously.

To manipulate Americans, politicians (save the likes of President Trump and his attorney general) use the values cudgel.

With respect to immigration, the idea is to impress upon pliable Americans that the world has a global Right of Return to the U.S. Fail to accept egalitarian immigration for all into America; and you are flouting the very essence of Americanism.

When a politician or a high priest like Cardinal Daniel DiNardo, president of the USCCB, pules about "the values that make our country great" (originally the mantra of Mrs. Hillary Clinton), this is what they invariably mean:

Wide-swung borders, multiculturalism, pluralism; accepting Islam as peace and the majority in America as dangerously pale and privileged; “recognizing” that communities divided in diversity are a strength, and that a living, breathing, mutating Constitution mandates all of the above.

For them, "protecting" the abstraction that is "our way of life" trumps the protection of real individual lives. "We must guard against a weakening of the values that make us who we are," dissembled Barack Obama in the waning weeks before he was gone.

“Attorney General Sessions continues to betray every American value of compassion, justice, and respect for the rule of law. This is not who [sic] America is.”

The hollow values phrases are meant to make the sovereign citizen forget government's most important role, if not its only role: to uphold the individual rights of its citizens.

Self-government, and not imposed government, implies that society, and not The State, is to develop its own value systems.

The State's role is to protect citizens as they go about their business peacefully, living in accordance with their peaceful values.

Whenever you hear an appeal to "permanent values"—"the values that make our country great”—know you are dealing with world-class crooks. These crooks want to swindle you out of the freedom to think and believe as you wish.

For in the classical conservative and libertarian traditions, values are private things, to be left to civil society—the individual, family and church—to practice and police.

The American government is charged purely with upholding the law, no more. Why so? Because government has police and military powers with which to enforce its "values."

A free people dare not entrust such an omnipotent entity with setting or policing values, at home or abroad.

For values enforced are dogma.

When incontestable majorities call on government to curb Islamic and Latin-American in-migration because this imperils American lives, President Trump's unswerving opponents, on this front—Ryan, McCain, Graham, Schumer and their media mafia—invariably intone, "That's not who we are."

When you hear that manipulative chant, tell them to mind their own business. Tell them to stick to their strict constitutional mandate to protect the people, not police their minds.

Remember: Through an appeal to values, the State aggrandizes itself.

The Day the Electricity Died
Townhall
Triggered CNN scold Jim Acosta has a Bible proverb for Daniel Defense
Twitchy
WATCH: Woman Being Assaulted Pleads for Help While NY Subway Riders Do Nothing
Redstate
Why the Heck Did Amber Heard's Legal Team Call Her Back to the Stand?
PJ Media