Ilana Mercer
|
Posted: Jul 11, 2016 12:01 AM
Share   Tweet
The opinions expressed by columnists are their own and do not necessarily represent the views of Townhall.com. 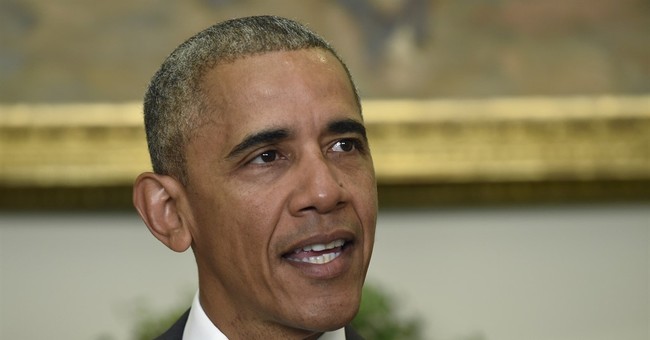 Just wait. In the fullness of time, Donald J. Trump will be blamed for “creating the atmosphere” that led to the Texas cop massacre of July 7.

However, at least by the same standards applied to Mr. Trump, Barack Obama should be fingered for encouraging Micah Xavier Johnson to “shoot a dozen Dallas police officers, killing five.”

Is it unreasonable to conclude that the not-so-subaudible dog-whistle emitted by Obama, a day prior, must have reached mass murderer Johnson and might have spurred his actions?

Issued from Poland, of all places, Obama had lamented the recent “police shooting deaths of two black men in Louisiana and Minnesota,” saying that these “should trouble all Americans,” as they “reflect deep-seated racial disparities in the U.S. criminal justice system.”

Conveniently, on July 9, Obama was quick to issue a different ruling: “We cannot let the actions of a few define all of us,” he declared, post Dallas. As his objective, Dallas shooter Micah Xavier Johnson stated “he wanted to kill white people, especially white officers.” Yet the disjunction promoted by this dreadful cur of a president has been that white-on-black criminal acts are indicative of root-and-branch racism; not the obverse.

Collective guilt for thee, but not for me.

Obama’s impulse has been to unite himself with Black America against White America. He has thus been quick to insert himself into each high-profile altercation between African Americans and the police, always on the side of his black constituents. He first assumed the role of president of Black America by berating the Cambridge police in the case of Professor Henry Louis Gates Jr.

Helped by his cabbie, Gates was seen forcing the front door to his home. To their detriment, Sgt. James Crowley and Officer James Figueroa rushed to the rescue, only to be cursed out by Gates on arrival for their alleged racial bias. Obama completed the job no decent person would do by subjecting the two officers to a national racial ramrodding. They acted stupidly, he told the country.

In 2012, the president famously hastened to say this about a slain black teenager, who had been first to aggress against his terrified killer: "If I had a son, he'd look like Trayvon Martin.

In 2014, Obama once again inflamed countrywide unrest among the perpetually restive, in the shooting death of Michael Brown (black), by police officer Darren Wilson (white), in Ferguson, Missouri.

The president just couldn't put a sock in it when it came to his personal affinity for Gates, Trayvon or Brown, the last of whom had robbed a convenience store and tackled the cop who shot him. True to type, Obama made sure to saddle a "deeply rooted" racism plaguing the U.S. for the mishaps between cops and the communities of color they police.

The point made here is not that excessive use of police force against Americans, all Americans, is not a reality in the US. It certainly is. Eric Garner—a small-time peddler killed-by-cop for selling single smokes on a New York street corner—was 100 percent innocent in natural law when his life was snuffed out by law-enforcement. Freddie Gray did not break his own neck and spinal column, if we are to trust the assessment of famed forensic pathologist Cyril Wecht.

Neither is the point made here meant to belabor the issues conservative commentators generally belabor, namely that Obama impugns cops without giving them their due-process rights. This Obama most certainly does, but it’s not his central conceit.

He and his first attorney general, Eric Holder, have been like two pimps in a pod in their rush to racialize law-and-order incidents. Holder even declared: "I am the attorney general of the United States, but I am also a black man." (The unfit, fanatically Islamophilic Loretta Lynch, confirmed by Republicans, is living up to the racial mantle of her buddy, Holder.)

And the president of black America and his Department of Justice posse have been mum about black-on-white crime—from America's perennial race riots and their signature sock-it-to-cracker knockout game, documented in ghastly detail by veteran journalist Colin Flaherty, to what Thomas Sowell has excoriated as the ongoing “orchestrated racial attacks” against persons and property not black: “either whites in general or people of Asian ancestry.”

This president boils with anti-white bile. It spills over into his books and is evident in his deeds.

In my new book, “The Trump Revolution: The Donald’s Creative Destruction Deconstructed,” I argue that Americans are tired of being racially upbraided. Trump’s silenced majority is sick of being falsely accused of racial infractions of which it is innocent.

Take it from this immigrant: American society is not racist. If anything, Americans are racial or ethno-masochists, prostrating themselves and their progeny in the name of politically correct pieties.

No presidential candidate should be in the business of catering to ethnic or racial passions. But Donald Trump is especially indifferent to what Townhall columnist Jack Kerwick has termed the Racial-Industrial-Complex (RIC). Trump has cleverly shrugged off the pigment burden foisted collectively on white America by the racial grievance industry. Unlike Hillary Clinton who constantly rubs white noses in the detritus of racial guilt—the Republican candidate has, by default, rejected the received tenet of systemic, white racism.

At a recent Harlem neighborhood gathering, Mrs. Clinton rabbited on about deep-rooted racism in America. Whites needed to recognize their privilege and practice humility, she puled.

You might catch Trump celebrating a successful black-owned franchise in Harlem, but there’ll be no locking arms with the shysters Al (Sharpton) and Jesse (Jackson); no pilgrimage to Selma, Alabama, or marches to Montgomery.

Trump is refreshingly switched-off from and unfazed by the “Racial-Industrial-Complex.” It’s what sane Americans want in a president. You might say Trump is congenitally incapable of dignifying the daily, liberal, anti-white onslaught. This is precisely what self-respecting Americans want in their next president.