Want Foreign Collusion with a US Presidential Candidate, FBI? Here It Is!

Humberto Fontova
|
Posted: Feb 10, 2018 12:01 AM
Share   Tweet
The opinions expressed by columnists are their own and do not necessarily represent the views of Townhall.com. 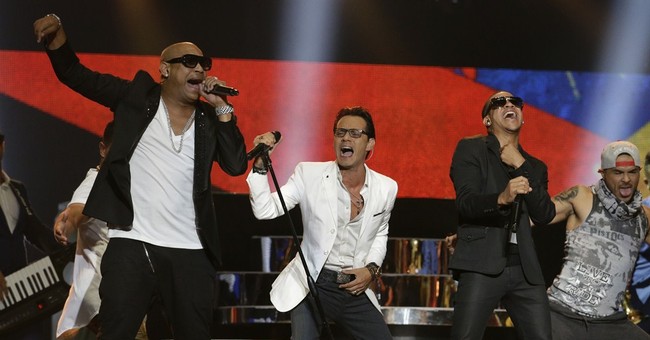 It’s getting tiresome –but best I can decipher from all this FISA stuff: the Dept. of Justice, the FBI and Democrats claim it’s very bad for a U.S. presidential candidate to seek help for their campaign from a foreign regime—especially a hostile one, even if the hostility is mostly covert, as in the case of Putin’s Russia.

Hope I haven’t missed anything but it seems that: in seeking to investigate and prosecute foreign collusion with the Republican presidential candidate, the FBI and DOJ relied on evidence kindly proffered by the Democrat candidate who colluded with foreigners (as in paying them) for it. And this pimped-up “evidence” of foreign collusion was itself a result of collusion by TWO foreign colluders, a failed British spy and Russian gangsters.

In dramatic contrast to the “dossier” the FBI and DOJ used for their FISA warrant, my “dossier” documenting how Putin’s client state colluded with one of our presidential candidates on our very soil is FULLY verified. Simply follow the links. To wit:

“The Federal Election Campaign Act (FECA) prohibits any foreign national from contributing, donating or spending funds in connection with any federal, state, or local election in the United States, either directly or indirectly.  It is also unlawful to help foreign nationals violate that ban or to solicit, receive or accept contributions or donations from them.  Persons who knowingly and willfully engage in these activities may be subject to fines and/or imprisonment.”

And yet a major “get out the vote for Hillary” rally in Miami on Oct. 30th, 2016 --and partly paid for by the Democratic Party-- featured government apparatchiks of a hostile foreign regime, a musical duo called Gente De Zona. These Cuban “rappers” essentially function as the totalitarian Castro regime’s new musical ambassadors, much as the Buena Vista Social Club served in the past.

There was a day when most Americans understood what the term “totalitarian” meant. The longest reigning totalitarian dictator in modern history himself explained the issue: “Inside the Revolution (regime), everything-- outside, nothing.” (Fidel Castro, July 16, 1961.)  Like with so many others, Castro copped this line from Benito Mussolini.

In brief, in Cuba you do not become rich and famous globe-trotting musicians without the Stalinist regime’s express permission. This permission, as you might guess, is bestowed by the Castro family only upon those of its subjects whose lack of scruples and penchant for bootlicking allow them to single-mindedly serve the foreign policy and financial interests of the totalitarian regime.

So this isn’t a simple case of innocent “foreign nationals” who performed at the Hillary rally. We’re not talking about some Birkenstocked French backpackers who got swept up in the hoopla of the Hillary campaign and joined their J-Lo listening American friends on a conga line at a campaign event.

A few days prior to sending their musical apparatchiks to perform in Miami, Castro’s media apparatchiks declared that:

“Hillary Clinton is our only hope of detaining barbarism!...The only hope of defeating Donald Trump is Hillary Clinton…the difference between the two candidates is vast. Barack Obama did not exaggerate when he claimed that she was better prepared to be a U.S. President than even he was—or was her husband Bill Clinton…. In any nation of the world–and even in the U.S. during normal times–Donald Trump would find himself either in prison or in a mental institution!” (Stalinist Cuba’s KGB-founded and mentored media organ Cubadebate, Oct 15, 2016.)

So apparently it’s not enough that the Castro family endorsed Hillary Clinton from their home base, and denounced Donald Trump as fit only for prison or a mental institution. They also actively joined the campaign-- and right here on U.S. soil!

And yet, for some reason nobody in the U.S. media (much less the FBI or DOJ) has called attention to this fascinating item.

This Castroite preference for Democrats is an old story actually. Fascinating datum: Havana’s Museo de la Revolucion has a “Cretin’s Corner” where U.S. presidents are caricatured and vilified. These “Cretins,” however, all turn out to be Republicans. Not a single Democratic President (not even John “Bay of Pigs and Missile Crisis” F. Kennedy is featured.)

Well, nobody ever accused the Castro family of not recognizing their true friends.