Humberto Fontova
|
Posted: Oct 10, 2016 12:01 AM
Share   Tweet
The opinions expressed by columnists are their own and do not necessarily represent the views of Townhall.com. 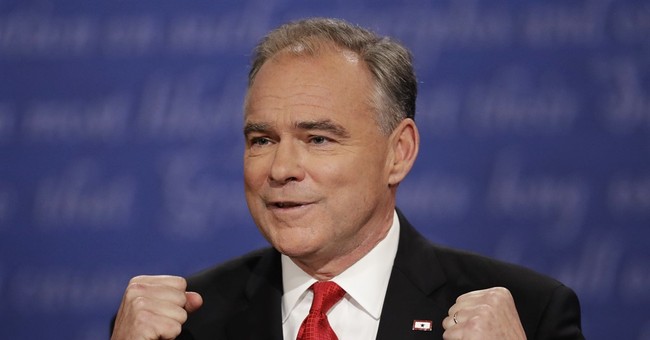 A “dumb jock” surprises no one. It’s part of our comic folklore. So when Colin Kaepernick wears a Fidel Castro t-shirt while denouncing “oppression,” we snicker, eye-roll, and move on.

OK, so this imbecile of a pro football quarterback, while condemning oppression against “people of color,” promotes a Stalinist dictator who jailed and tortured political prisoners at a higher rate than Stalin himself during the Great Terror—including the most black political prisoners in the modern history of the Western Hemisphere. So what?

A “moronic rap-singer” seems pretty standard. So when Jay-Z sports his Che Guevara t-shirt and croons, “I’m like Che Guevara with a bling on!” we snicker, face-palm and move on. So what if Mr Beyonce idolizes a Stalinist who declares that: “The Negro is indolent and spends his money on frivolities and drink, whereas the European is forward-looking, organized and intelligent…The Negro has maintained his racial purity by his well known habit of avoiding baths.” Big deal?

Tim Kaine, on the other hand, graduated from Harvard Law School and is running for Vice President of the United States. So when he claims to oppose the death penalty while concurrently claiming that the “Liberation Theology” he imbibed from Castroite priests in Honduras “turned his life around” the standard snicker and face-palm won’t suffice. Instead, Tim Kaine’s useful idiocy strikes some of us as a more serious issue than the standard useful idiocy espoused by so many celebrities.

The comradeship between Liberation Theology and Che Guevara is such that some of the cheekier proponents of this Catholic heresy (as denounced by Pope Paul II himself) depict an iconographic “Chesucristo,” with Christ impersonating Che Guevara in the famous t-shirt/emblem.

“I consider Fidel Castro to be a person inspired and led by the Holy Spirit…Also, I like the sayings of Che Guevara, another Marxist saint, (italics mine) who gave his life for the poor guided by the Spirit of Jesus…”

Thus spaketh Jesuit Father James Carney, a founder of Liberation Theology who Tim Kaine made it a point to meet and confer with while on his “life forming” mission in Central America.

“Certainly we execute!” boasted Che Guevara to the UN General Assembly Dec. 1964. “And we will continue executing as long as it is necessary!” Those executions (murders, actually; execution implies a judicial process) had reached about 16,000 by the time of Che Guevara’s boast, the equivalent, given the relative populations, of over half a million executions in the U.S. (This figure comes from The Black Book of Communism, by the way, written by French scholars and published in English by Harvard University Press, neither outfit exactly a bastion of “Crazy! Embittered! Loud-Mouthed! Right-Wing! Cuban Exiles! With-An-Ax-To-Grind!”)

Used to be that casual references to Che Guevara by politicians and celebrities were shrugged off, when not actually applauded. Time magazine, after all, in their 1999 issue hailing “The 100 Most Important People of the Century,” proclaimed Che Guevara among the “Heroes and Icons of the Century!” alongside Mother Theresa and Rosa Parks. Few complaints were heard at the time.

But more recently something terrible happened (to Communist agents-of-influence.) A book was released that made (with thorough documentation) the incurable doofus, sadist and epic idiot known as Che Guevara not only an object of scorn—but much, MUCH worse—of ridicule!

YIKES!...Worse still, the book --while getting kudus from conservative superstars on Fox News and from Glenn Beck, etc. -- was also translated into several languages and received international acclaim everywhere from Warsaw Poland to Sao Paolo Brazil!. YIKES!

Worse still, the author was invited by the future chairwoman of the House Committee on Foreign Relations to present his blockbuster book to powerful lawmakers on Capitol Hill. Many of these were so impressed by the eye-opening (and thoroughly-documented) revelations in the book that it strengthened their resolve to maintain the already fabulously successful Cuba embargo.

Indeed among the delighted recipients of signed copies of the blockbuster book at this important event was Rep. Dan Burton, the very author with Jesse Helms, of the phenomenally successful Cuba embargo (also known as the Helms-Burton Act.)...YIKES!!!

More infuriating still, the YAF (Young Americas Foundation) then picked up the book’s theme sponsoring “No Che Days” on campuses nationwide and promoting the author on the college speaking circuit to spread the truth about Che Guevara! ....YIKES!!!

The scoundrel of an author had turned Alinsky’s own formula against Alinskyites…YIKES!

At any rate, for a potential U.S. Vice President, the disconnect between opposing capital punishment and embracing the theology of mass-murderers is bad enough. There was a day, however, when most Americans would also be concerned that a potential Chief Executive of their nation might embrace a theology whose guiding secular lights proclaimed that:

“Of course I knew the missiles in Cuba were nuclear-armed. That’s precisely why I urged Khrushchev to launch them against the U.S.!” (Fidel Castro to Robert Mc Namara, October 1992.)

“Against those hyenas (Americans) there is no option but extermination!” (Che Guevara, 1961.)

“If the nuclear missiles had remained (in Cuba) we would have fired them against the heart of the U.S. including New York City. The victory of socialism is well worth millions of Atomic victims.” (Che Guevara, 1962.)

Every item and quote above thoroughly-documented in these internationally–published and acclaimed books.