Bernie Sanders Champions YUGE Profits for U.S. Corporations (But Only in Cahoots with Communists)

Humberto Fontova
|
Posted: Feb 05, 2016 1:37 PM
Share   Tweet
The opinions expressed by columnists are their own and do not necessarily represent the views of Townhall.com. 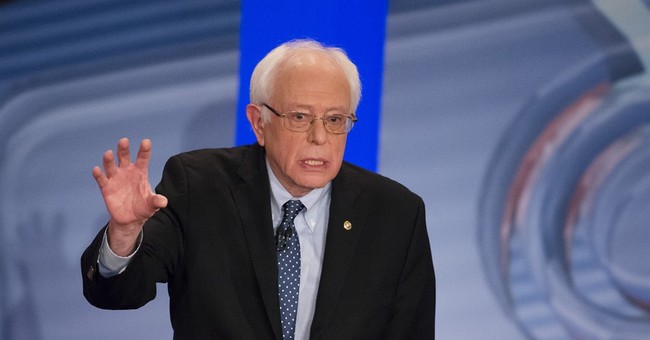 Last night a Bernie Sanders declared North Korea our biggest foreign threat. “Clearly North Korea is a very strange situation because it is such an isolated country run by a handful of dictators, or maybe just one, who seems to be somewhat paranoid. And, who had nuclear weapons.”

Not that you’ve read much about this in the mainstream media, but just last week North Korea (7 thousand miles away) signed a “Trade Agreement” with Castro’s Cuba (90 miles away.)

Not that you’ve read much about this in the mainstream media, but much of the “trade” between Stalinist Cuba and Stalinist North Korea is secret and involves missiles. In fact, just last year Castro was caught trying to smuggle missiles though the Panama Canal to North Korea. The UN Security Council (no less!) denounced the international crime as “the worst violation of the arms embargo against North Korea to date.”

Not that you’ve read much about it in the mainstream media, but last month a sophisticated U.S. Hellfire missile that mysteriously disappeared after a NATO exercise in Spain turned up in Cuba. Castro refuses to return it. Most Cuba-watchers who operate outside the loop of Castroite Agents of Influence (which aren’t many in the U.S., but obviously include your humble and hard-working servant here) quickly surmised that Castro’s KGB–trained spies stole the missile.

If not, why won’t Castro return it? Especially after all the recent slobber-covered gifts Obama has delivered to him on bended knees? If the above sounds hyperbolic please consider that—thanks to Obama -- the Castro regime’s most vital economic lifeline nowadays issues from the U.S.

If that sounds hyperbolic, consider that the annual cash flow from the U.S. to Cuba over the past 7 years exceed what the Soviets used to send annually to the Castro-Family-Crime-Syndicate (euphemized as “Cuba” by the media) at the height of their sponsorship in the 1970’s and 80’s. This is no chump change – and much of it is at the expense of the U.S. taxpayer.

In fact, amigos: some estimates put this Obama-facilitated dollar lifeline to the Castro family as more vital to the Castro-Family-Crime-Syndicate than the cash-flow from their Venezuelan colony, which will probably be drying up – or shrinking – very shortly.

Both Cruz and Rubio have pledged to sever this Obama-created lifeline (much of it at the expense of the U.S. taxpayer) to Castro as President. So you can imagine the current consternation among the Castro-Family-Crime-and-Terror-Sponsoring-Syndicate (euphemized as “Cuba” by the media.)

All of these seemingly hyperbolic items are fully documented with links here.

To make all the above even crazier, in 2014 on a visit to Cuba (North Korea’s closest chum in our Hemisphere) raving socialist Bernie Sanders ripped off his figurative Che Guevara T-Shirt and slipped into an Armani suit:

“American businesses are losing billions of dollars because of the economic embargo (of Cuba.) Meanwhile, Canadians and Europeans are creating jobs through their investments in Cuba.” (Bernie Sanders on a visit to Cuba in 2014.)

In fact, many Canadians and European businessmen had their investments in Cuba stolen at gunpoint by the Stalinist/kleptocratic regime, who jailed and tortured them for good measure. But that’s not the point today. Here’s my point:

We're all familiar with the villainous caricature of Yankee business barons as painted by leftists--as painted (especially!) by the likes of Bernie Sanders and his followers. To wit: a heartless, cigar-chomping Yankee businessmen in cahoots with a sleazy, swarthy, mustachioed banana-republic dictator whose bejeweled wife and daughters own ten thousand pair of shoes -- these billionaire sleazebags exploiting and brutalizing third-world peasants in the name of obscene corporate profits and the latest model Mercedez Benz.

You see, amigos: when a foreign businessman sets up shop in the Castro Family Fiefdom, the “employees” (slaves) are chosen and assigned to him by the Cuban regime. The foreign businessman then pays the wages – not to the employees —but to the Castro regime, which sets their wages and dictates the payment schedule. The Stalinist regime then dribbles about .8% of the total to the employees (slaves), pocketing the rest. As dreadful as they make life for their subjects, the Red Chinese and Red Vietnamese regimes dictate nothing of the sort when hosting western companies as business partners.

Oh, I know...I know, your professors, the mainstream media and Hollywood depict Cuba as just such a place before Castro, when United Fruit and the Mob had the run of the place.

But in fact pre-Castro Cuba enjoyed a higher-standard of living than much of Europe, from which it attracted a flood of immigrants, as it did from the U.S. Indeed pre-Castro — during a time when Cubans were perfectly free to leave Cuba at any whim and with all of their family and possessions and got U.S. visas for the asking — at this time more Americans lived in Cuba than Cubans in the U.S.

During the 1950’s and working in Florida Sherriff Joe Arpaio would have been lonelier than the Maytag repairman.

“One feature of the Cuban social structure is a large middle class," found a report from The Geneva-based International Labor Organization in 1957. “44 per cent of Cubans — a higher percentage than Americans at the time — are covered by social legislation. Cuban workers are more unionized (proportional to the population) than U.S. workers. The average wage for an 8-hour day in Cuba in 1957 is higher than for workers in Belgium, Denmark (YES: DENMARK, Bernie Sanders!) France and Germany. Cuban labor receives 66.6 per cent of gross national income. In the U.S. the figure is 70 per cent, in Switzerland 64 per cent.”

ALAS! -- none of the above was featured in Godfather II -- so it's practically unknown to Bernie Sanders and his followers. If this sounds hyperbolic, consider:

“I mean everybody who saw Godfather II knows what it was like when Castro took over.” (MSNBC’s Chris Matthews, Oct. 23rd 2011.)