A Change In The Wind?

Hugh Hewitt  |  May 03, 2009
The opinions expressed by columnists are their own and do not necessarily represent the views of Townhall.com.
Top Columns
Trending on Townhall Media 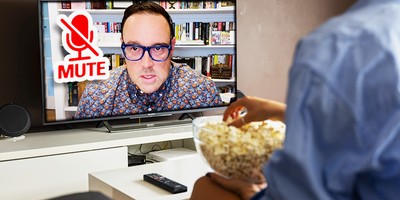 The 100 Days of Obama Tour opened last week in Dallas, Houston, and San Antonio. The Salem Radio Network's nationally syndicated talk show hosts --Bill Bennett, Mike Gallagher, Michael Medved, Dennis Prager and me-- are appearing in some combination of three to discuss President Obama's start on governing and to take questions from what have been large and very enthusiastic audiences. This week we move on to Los Angeles, Sacramento and Phoenix, the following week to Denver, Chicago, Minneapolis and Cleveland before finishing up in Philadelphia and Atlanta on May 18 and 19 respectively.

I and most others inside the world of talk radio already knew that audience growth for conservative talk was large and growing since the election of President Obama in November. I wrote at length on why this was occurring for NationalReview.com a few weeks back.

The difference between knowing that the audience is growing and experiencing the commitment of the audience to the renewal of the conservative movement in America and the rebuilding of the Republican majority is the great advantage of the tour.

At each stop last week I asked the audience to do two specific things to help advance the cause of conservative renewal in 2009: To subscribe to Townhall Magazine and to join TalkPac.com.

Townhall Magazine is the journal that focuses more than any other on talk radio and on the cutting edge issues that are drawing conservatives together rather than dividing them. Each month it provides a comprehensive overview of the key issues developing across the dozen talk shows that matter in the culture while providing original reporting on key controversies and debates. Its growth since the Fall's elections reflects the overall growth that conservative forums of all sorts have enjoyed since November 2008.

TalkPac.com is a political action committee founded last month to defeat the many forms of assault on conservative talk radio, from frontal charges like the Fairness Doctrine, to flanking movements like localism rules, and backdoor, camouflaged attacks such as the Performance Tax which would cripple music radio but in so doing would weaken all radio companies by shifting huge revenues to the big record companies.

So I have made appeals at each stop for audience members to subscribe to the magazine and sign up for TalkPac.com if only as a $5 member (though of course we would prefer donations up to the max of $5,000). The response to both appeals has been huge and gratifying. And it reflects what the tea party movement signaled: Center-right voters are appalled but also energized by the hard left lurch the country's government has taken under President Obama and Speaker Pelosi and Majority Leader Reid. People genuinely like the new president, and especially like the First Lady and their children. They approve of his commitment to victory in Afghanistan and to the continued use of air strikes on terrorists and of sophisticated surveillance techniques pioneered under President Bush.

But they are shocked at the unbelievable, massive levels spending; shocked at the president's rhetoric on the European tour and his willingness to endure Daniel Ortega's rant without objection, and to grip and grin with Chavez, the Mugabe of South America; and alarmed by the plans to jam health care rationing down the Congressional throat. Supporters of Israel are deeply troubled by the apparent hostility toward the new Netanyahu government. Those concerned with national security are troubled by the cancellation of the F-22 and by other moves that signal a return to the disastrous "hollowing out" policies of the '90s.

The president's press conference last week got an "A" on style, but his answer that the horse was out of the barn on the pandemic again displayed an ideological rather than a fact-based approach to problem solving. There may be reasons not to close the border, but the idea that all the damage that can be done has been done with regard to H1N1 is preposterous. Similarly the president's rhetorical assault on the bond holders of Chrysler while he moves at the same time to mostly insulated the UAW from the aftereffects of its decades-long refusal to accept wage and benefit structures competitive with Toyota and every other major car company not headquartered in Detroit underscores his willingness to rewrite any rule --including those of bankruptcy court-- with which he disagrees. Like the firing of GM, the attempt to manipulated the rules of Chapter 11 to elevate the rights of non-secured debtors over secured debtors is a radical move.

Toping it all off was the launch and then back-off from a witch hunt against former Bush Administration lawyers on the matter of interrogation techniques.

Center-right votes and a large swath of the independent vote is shaking its collective head at the furious rush to the far left, and the initial thought that the new president would govern from the center is gone. President Obama will use moderate rhetoric to cloak radical actions on the domestic front, and a return to Carterism abroad.

The approval polls reflect his likeability but mask his vulnerability, or more accurately, the vulnerability of his party in 2010. The push for single-payer national health care (again, cloaked in comforting words of "competition") will accelerate the recognition that balance is needed in D.C. and can only be obtained at the ballot box.

In the mean time, watch first for the results of California's special election in two weeks. The six ballot initiatives that the Sacramento Democrats and Arnold put before the voters will be rejected, another leading indicator of voter remorse at having empowered the neosocialism of the modern Democratic Party and some go-along Republicans.

Then look for round two of the tea parties on July 4 --information is at TeaPartyPatriots.org-- and after that the gubernatorial contests in New Jersey and Virginia, states where Democrats have dominated for the past many cycles.

The energy of the tea parties and which we see on our tour of the country may not be a majority movement yet, but it clearly indicates that the new president has blown off the idea of a new politics and a new bipartisanship, and that the signal has been received loud and clear. The unaligned voters of America thought they might be electing a post-partisan, post-ideological president but already know --and will learn again and again-- that what they actually got was a hard left ideologue with a wonderful reading voice. Bait-and-switch has never gone over very well with Americans.