The ‘Green New Deal’ Is Dead. Long May It Stay Buried!

H. Sterling Burnett  |  Apr 01, 2019
The opinions expressed by columnists are their own and do not necessarily represent the views of Townhall.com.
Top Columns
Trending on Townhall Media

Sponsors of the “Green New Deal” (GND) resolution—and the socialists who publicly supported it—got a black eye last week as Senate Majority Leader Mitch McConnell (R-KY) called their bluff and brought the GND to the Senate floor for a vote. Unsurprisingly, the GND went down in flames, with three Democrats and one independent joining the entire Republican caucus in voting against it.

Despite much fanfare, the bill was a total dud. Not a single senator voted in favor of it. Even its authors and sponsors voted “present,” rather than going on record as supporting this steaming pile of green-tinged socialist dung.

The GND is a proposed package of government handouts combined with a government-directed industrial policy that’s straight out of the Soviet Union’s playbook. The GND promised, among other things, well-paying jobs, health care for all, and universal access to healthy foods. It also called for a complete makeover of the nation’s buildings, transportation system, and energy supply, and all by 2030.

Multiple analyses found the GND would have been tremendously costly, but high costs aside, the GND is mostly just a socialist wish list, not a serious policy proposal. Many parts of the Green New Deal would be impossible to implement within the short period demanded (if ever).

Democrats ignored these facts, and they did so at their peril. More than 100 Democrats in the U.S. House and Senate rushed to sponsor and/or publicly embrace the bill, including Sens. Cory Booker (D-NJ), Kamala Harris (D-CA), Bernie Sanders (I-VT), and Elizabeth Warren (D-MA), who account for almost every senator vying for the 2020 Democratic nomination for president.

The wails of anguish, gnashing of teeth, and back-peddling contortions its sponsors attempted after McConnell announced the floor vote were a pleasure to watch. In all my years of public policy work, I’ve never before seen sponsors and supporters of a resolution ask their proposal not be brought up for a vote. In many cases, senators wait years for votes on legislation they sponsor, having to introduce it in multiple sessions of Congress, only to have their bills blocked by a filibuster or defeated in committee. Here, when McConnell paved the way for an up-or-down vote, the Democrats blinked, unwilling to support the GND under the harsh glare of media attention.

Some Democrats said they were hoping the GND would spark a discussion about climate science and policies to prevent dangerous anthropogenic climate change. However, McConnell saw through this ruse. He recognized what the Democrats really wanted was two years of Mueller-type investigations and public castigation of Trump climate policies, during which Democrats’ hand-picked alarmist climate scientists would show up at hearings to complain of Trump’s withdrawal from the Paris Climate Agreement, his rollback of Obama-era climate and energy policies, and Republicans’ rejection of “mainstream” climate science.

In releasing the Green New Deal, Democrats hoped the mainstream media would, as it had with the Mueller investigation, fawningly report every false aspersion, innuendo, mischaracterization, and lie about the Trump administration and Republicans’ climate and energy policies in the run-up to the next election, but McConnell and the Republicans didn’t take the bait.

Instead, Republicans essentially said, “If you truly believe the climate crisis is so bad it requires immediate action to prevent the end of the world in just 10, 11, or 12 years then the time to vote is now, not after years of hearings.”

As Yahoo News reported, McConnell rightfully asked, “If you believe the Green New Deal is the prescription for America, why would you not want to vote on it?”

McConnell also said while speaking from the Senate floor before the vote was held, “I have to say, it’s remarkable enough to see a major political party coalesce around a proposal to forcibly remake the entire country according to what’s fashionable in Brooklyn and San Francisco. But it is even more stunning to see my colleagues so angry and upset at the opportunity to back up their new philosophy with their votes.”

With the vote on the GND over, for the next two years, Democrats have no room to complain about their inability to vote on legislation addressing the so-called “climate crisis.” GND supporters argue it is the first real attempt by Congress to take the severity of human-caused climate change seriously, and Democrats claim it is too late for half-measures or tinkering around the edges. We need to totally remake America’s economy immediately, they say. Yet, when push came to shove, Democrats were unwilling to fight for their cause. Their “present” votes show they lack the courage of their convictions.

The Green New Deal is dead. Long may it stay buried! 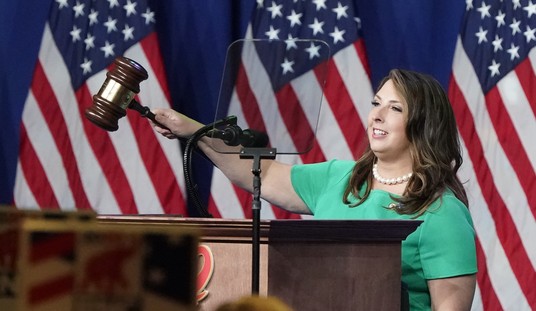