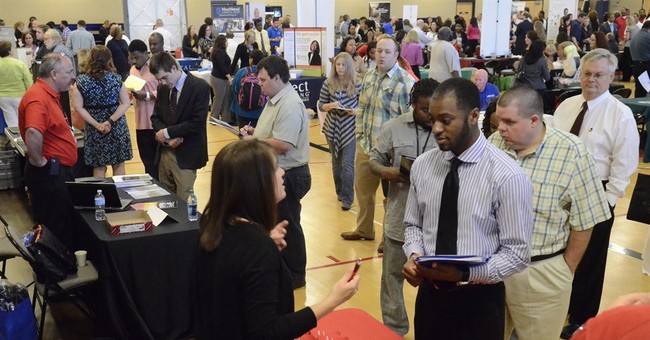 For decades, African Americans have voted more reliably Democratic than any other ethnic or special interest group. President Obama himself received over 95% of the black vote in 2008 and 2012. But rather than appreciate this almost unshakable loyalty, Democrats have taken the black vote for granted. I have often declared to black audiences that we have been in an “adulterous relationship with the Democratic Party. They knock on our door at midnight! Sometimes as late as the Sunday before the Tuesday. They want what they want, the way they want it; but later on, we don't get flowers, romance, or respect. Not even the occasional dinner!”

Audiences typically roar with laughter at this analogy. But it has grown worse than I have projected in the past. Blacks are the only “kept women” in the political landscape that have to pay their own rent. We actually pay for the opportunity to be apart of an emotionally abusive relationship. We don't act as though we deserve a genuine relationship - so we settle for leftovers and empty promises.

Fear-mongering and demagoguery serve only to muddy the waters and to prevent voters from holding their elected officials accountable. Sadly for African Americans, the politics of grievance have been good enough for them. By politics of grievance I mean that when a demagogue speaks out against policies he feels are harmful to his people, he wins a reputation as a champion among that ethnic group. Unfortunately when such political rants are not connected with problem-solving or follow-though, it reduces the politicians to a mere con men status.

Even worse, if the political diatribes brought forth by a politician are laced with the arsenic of non-provable social theories or untruths; then you have a recipe for leaders retarding the progress of the people they serve. This very scenario has been the legacy of blacks and other minorities connecting their destiny with only one party.

Any leader who is genuinely invested in improving the standard of living of blacks and other minorities would urge them to evaluate each candidate and policy issue critically. The most manipulative and insulting strategy to win minority votes is to dismiss all Republicans as racist. This does not signal efforts to improve opportunities; it is an attempt to secure another fifty years of blind party loyalty regardless of the human cost.

Sam Tanenhaus recently repeated this clumsy argument in an essay in the New Republic, “Original Sin: Why the GOP Is and will Continue to Be the Party of White People”. In short, Tanenhaus asserts that all modern conservatism is rooted in the racist white privilege of the Antebellum South. Many party leaders love Tanenhaus’ argument, despite its hugely selective view of history, because they want to condemn blacks and other minorities to single party rule.

For too long, black Americans have propped up politicians who promise the moon but deliver very little. Two of the most important public institutions—law enforcement and public schools—continue to disproportionately fail African Americans. Crime is reaching devastating levels in black neighborhoods in places like Detroit and Chicago, where many high schools graduate fewer than 50% of their black students. This has little to do with individual policemen or teachers and everything to do with leadership.

According to economist Emmanuel Saez of the University of California at Berkley, the income gap between rich and poor has actually become worse under Obama than it was under George W. Bush. Perhaps ironically, the New York Times reported in 1992 that the income gap between blacks and whites actually narrowed during the 1980s, under President Reagan and the elder Bush.

In light of the Bengazi scandal, the IRS debacle, the Associated Press investigations, and other recent occurrences; minorities can say “Amen” to this axiom: When one party becomes too dominant, it invites corruption. I want to be clear that I am not telling any American, black or otherwise, to switch parties. I am, however, asking people to consider breaking with tradition and voting for the best candidate regardless of party. I am also encouraging emerging political candidates to consider running as Republicans and Independents. I am urging minorities, especially blacks, to no longer allow their votes to be taken for granted.

Speaking in Miami last month, Republican Senator Ted Cruz said he wanted his party to be known to African Americans and Latinos as “the party of opportunity…that allows and encourages small businesses to thrive and encourages economic growth.” Shouldn’t minorities allow a new suitor into our political world? Who knows? Maybe we will find true love?