Planned Parenthood Puts A Hit Out On Black Children 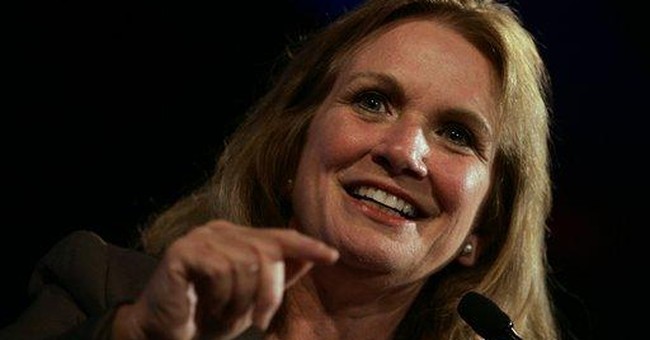 Last Thursday a group of black pastors released a letter calling for all presidential candidates and other politicians to return or refuse to accept campaign donations made by Planned Parenthood nationally. I was proud to be a part of that effort. A recent Wall Street Journal story cited that Planned Parenthood is contributing an unprecedented 10 million dollars to various political campaigns this election cycle.

At first blush this seems like an extravagant, if not frivolous, use of money. Only those who are aware of the 305 million dollars a year of federal money that this organization rakes in would understand this strategic move. When the average person thinks of special interest groups, they often look at big businesses or certain industry lobbyists. But this is not always the case.

Planned Parenthood has a public face that says they are supporting the rights of women to assert their reproductive rights. Unfortunately, recent investigations and reports suggest that this organization is actually peddling death in an aggressive and unethical manner. In Kansas the organization is under criminal investigation for falsifying documents and performing late term abortions. It faces 23 felony counts.

Planned Parenthood has also dealt in the realm of deception concerning the age of its customers. In Ohio, Planned Parenthood is being sued for failing to report the rape of a 16-year-old by her father. This is not the first time that center leaders have tried to bend age-related reporting requirement. Eleven months ago UCLA student Lila Rose appeared on the O’Reilly Factor stating the some Planned Parenthood centers attempt to hide child abuse or statutory rape by encouraging underage mothers to falsify their ages in order to receive an abortion.

Others believe that the organization, founded by Margaret Sanger, has actually swindled the government out of money. In California, former Los Angeles city officials have accused the California Planned Parenthood organization of defrauding taxpayers of over 180 million dollars.

What made us as black leaders decide to address the issue at this point in time? I cannot speak for all the other ministers, but I believe that my concerns are shared by many of them. The simple answer is that so many reports about Planned Parenthood’s blatant disrespect for the law have recently surfaced that it required response immediately. I believe that before these court cases and accusations become old news, people of conscience of all races must stand up and be counted.

Known as a eugenicist who spoke of sterilizing those she designated as “unfit,” founder Margaret Sanger had no love in her heart for blacks. Today scholars have discovered the following statement written by Sanger, "We do not want the word to go out that we want to exterminate the Negro population.” As a result the black community is disproportionately affected by the posture, placement, and philosophy of this organization. Over 1,200 black babies are aborted every day in America which amounts to over 35% of the total number of babies aborted in the nation. This genocide teamed with the rise of HIV/AIDS deaths and murders may lead to negative population growth.

This a moral issue of great magnitude that can affect the black community for decades. A final straw that has broken the camel’s back has been added to the litany of problems that this organization has created --- Planned Parenthood facilities around the country have been accused of accepting contributions from racist donors. A group of concerned people conducted their own “sting” operation which has exposed a willingness of Planned Parenthood employees to accommodate racist donors. In fact, clinic personnel in Ohio, New Mexico, Idaho and Oklahoma have been captured on tape pandering to a potential donor with a racist agenda.

In general, the media has turned a deaf ear to the issue of abortion. Reporters often call this issue divisive and polarizing. I am thrilled that there are a growing number of black leaders who are willing to stand up and be counted on this important issue. Interestingly, it is the black leadership in this anti Planned Parenthood initiative that is beginning to draw national attention. To the press, it’s a “man bites dog story” – a reversal of common wisdom. Now is the time for blacks and whites to work together, to strike a blow against the unethical practices of the “death industry” in America.