I've Heard of a Flat Tax, but a Flatulence Tax? 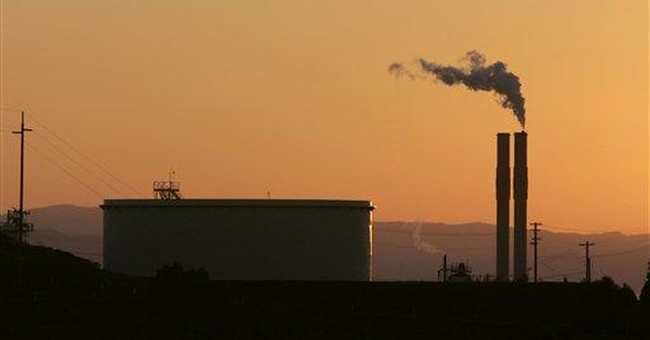 From a freedom-loving perspective, it appears President Obama has the economic sense of a six-year-old child. Obama and his faithful administration are taking heat as of late due to their mismanagement of the American economy. This brings up their latest scheme, the American Clean Energy and Security Act, which imposes a tax on farts.

Numerous absurdities are included in this gargantuan 1000+ page bill, including a bovine flatulent tax. Translation: farmers will be charged when their cows engage in chemical warfare.

The cow farting problem and the way it contributes to pollution is no secret, but people generally laugh it off as a trivial matter. Not so much anymore. The more farting going on, the more money the government will take.

It is estimated that cows emit anywhere from 26 to 132 gallons of methane daily, which is a level that competes with the average methane discharge from cars. Methane is one of the many identified evils in the global warming fanatic world. Environmentalists have made the agricultural community their demolition project and are advocating worldwide vegetarianism; all for the sake of reducing methane production.

The Stop Cow Farting Crew seldom gets very far when advocating a complete overhaul in people's diets, because methane is a naturally occurring nontoxic gas, and thus far humans have lived with it and have been able to manipulate it without harming the surrounding environment. But little by little the crazed environmentalists are accomplishing their goals.

According to the American Clean Energy and Security Act, the only way to live with the cows and their methane toots is to tax the already suffering cattle and dairy farmers.

This provision in the bill hardly seems fair for farmers. If the government is so concerned about methane problems and boosting the economy, why not encourage people to eat more red meat? The more meat people buy the more regulated cow farms/populations become, and the more money is pumped into the economy.

Of course that would bring up some major glitches for the present administration. The Hindu communities may be offended; PETA and other like-minded activists would feel forced into a state of animal injustice delirium; it would fuel unwanted nagging from vegetarian friends and family; and it would prove that private enterprise does work.

So scratch that idea, it would obviously inconvenience and shame too many loyal liberal crusaders.

Sadly, it looks as if farmers must comply with Obama’s demands. But why stop with the cows? Everyone and everything is guilty of methane emission, granted some more than others. But there are specific industries that promote such vile and obvious harm to the earth.

Oh, tea and coffee ought to be widely protested, along with any place producing and serving them. Their morning methane freeing stance is no secret, and the earth does not have to stand for such selfish indulgences at the price of her melting ozone.

Also, Mexican food has the reputation for boosting digestive activity. Everyone knows what happens after digestion is complete. Therefore, Mexican food and any facility serving black beans should heretofore be banned. Mexicans are not banned, just their food.

It is actually no wonder Obama is such an abortion advocate: Babies cannot control their excretion of methane. All babies really are just methane-producing machines. In fact, babies are on the forefront of the methane war against the ozone. The solution: Get rid of as many babies as possible before they have the chance to threaten the atmosphere.

The ban on all products conducive to methane discharge might appear far-fetched or even downright absurd. But what is more bizarre is the fact that there is a $864 million, 1000+ page unread spending bill that got through the House of Representatives and is now floating around the Senate, and in that bill there is a fart fee.

Citizens of America, it must be handed to Obama and his administration. They are being incredibly proactive with their social responsibilities. Since the people elected them into office, they have acted with rapid urgency in an effort to define freedoms, limit choices, infringe laws and question independence.

The provision for a bovine flatulent tax in the American Clean Energy and Security Act is step one to ensuring a better, more constipated America. Changing it from an America that was once free, creative, innovative, powerful, liberating, opportune, glorious and happy and turning it into a slow, grumbling, dull, selfish and miserable place that forever remembers what it once was and has no hope for what it could be.