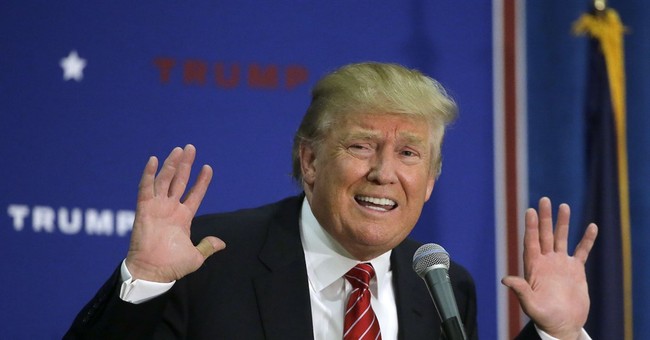 Within a few days of each other, both Donald Trump and the leadership of the Democratic Party have proposed significant changes to the Internal Revenue Code. Mr. Trump’s proposal is more of an outline forcing one to make educated guesses as to the details of his plan; Mr. Trump's tax plan is broad in its application. Focusing on the individual, Mr. Trump's plan would very significantly reduce taxes for virtually everyone. The Democratic leadership’s tax plans are proposed as specific statutory changes to the Internal Revenue Code. The Democratic proposals would eliminate certain tax deductions incurred in the course of drilling for and producing oil and would therefore significantly drive up the cost of gasoline. Both plans would appear designed to appeal to primary voters of their respective political parties than to appeal to the members of the House of Representatives where all tax legislation must begin according to the Constitution of the United States.

Mr. Trump’s plan appears to junk (1) the estate tax (2) the alternative minimum tax (3) the net investment income tax (4) the extra Medicare tax on high earners (4) state tax deductions (5) casualty loss deductions and (6 ) miscellaneous deductions. It places a 25% maximum tax rate on individuals' compensation and a 15% maximum tax rate on business income whether it is earned by the individual, a partnership or a corporation. He raises the bar for the first dollar of income taxes to $25,000 for single taxpayers and $50,000 for married taxpayers from $10,300 and $20,600 respectively. His people say the earned income credit will remain. He also has some plans with respect to the general taxation of U.S. corporations operating overseas that this author needs to think about much more before commenting.

The Democratic tax plan is isolated to the energy industry. It has to be viewed within the context that Hillary Clinton opposes the Keystone XL Pipeline. The Democratic tax plan, for major oil producers junks (1) percentage depletion (2) the deduction for intangible drilling costs (3) the deduction for the essential elements to achieve oil production from fracking and (4) changes the tax credit from foreign taxes paid to a deduction. Lots of technical issues in the prior sentence, but it can be summed up in a single sentence: The cost of gasoline will explode and the American oil industry will be crushed in competition with its international competitors.

Mr. Trump has made several claims with respect to his tax plan: (1) Mr. Trump has indicated his plan would cost him a fortune (2) The hedge fund operators will hate him and (3) His tax plan is revenue neutral. None of these claims appear to be accurate.

Mr. Trump claims that his tax plan will cost him a fortune. Unless he plans to donate his estate to charity, this claim is incorrect. If, as he has claimed, his net worth is around $10 billion, the proposal to eliminate the estate taxes will save him over $4 billion. With respect to income taxes, his proposed maximum tax rate reduction to 25% along with his proposal to tax business income at 15% would put his new rate significantly below either (a) the current maximum rate of 39.6% plus the investment tax of an additional 3.8% or (b) the alternative minimum tax rate of 28% plus the investment tax rate of 3.8%. It seems inconceivable that Mr. Trump's plan would not reduce the taxes of every wealthy taxpayer, including Mr. Trump, especially given the elimination of any estate tax liability. He could provide his old tax returns along with an analysis of the these tax returns to disprove this analysis, but it seem incredibly unlikely that his taxes would not be significantly reduced by literally billions.

Mr. Trump’s plan is presented as revenue neutral. Most analysts to date find the claim specious; no analysis has been presented by Mr. Trump. When the highest rates of tax on business income are reduced from 39.6% to 15%, a rate reduction of more than sixty percent, and the maximum income rate is reduced to 25%, it seems highly improbable that Mr. Trump's plan is not a budget buster of the highest proportions.

There is some nice simplicity in Mr. Trump’s plan. The question of “fairness” will need to be decided by the voters. Does the average voter want to see a small decrease in his or her taxes while a $20 million dollar baseball player sees a reduction in their taxes from 39.6% to 25% or a $20 million businessperson sees his or her income taxes decline from 39.6% to 15%.

Mrs. Clinton has stated that she has not driven an automobile since 1996. Who knows who pays for her gasoline, but it is likely she has not stood by as her vehicle was being fueled, staring at a gas pump and being charged more per second than if she was in front of a New York corporate lawyer. The elimination of the Keystone XL Pipeline proposal and the Democratic tax proposal would add a fortune to the price of gasoline, cost significant numbers of jobs in the United States and likely return us to the days when our energy security was in the hands of everyone except Americans. These plans represent a clear and present danger to both the security of the United States and the economy of the United States.

Tax reform during campaigns generally provides more of a measure of philosophy than reality.