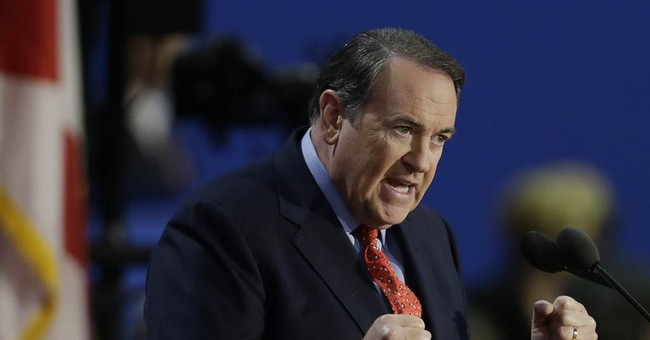 Conventional wisdom, the internet and his successful Sunday evening television show are feeding the fuel for a presidential run by Governor Huckabee in 2016. This could be a good thing, perhaps a very good thing. Hopefully and probably, young and old alike have realized that a bigger government is a bad thing for most Americans and a government managed exclusively by people with no experience in the private sector does not and cannot work. This is the domestic landscape that awaits every potential candidate for President of the United States in 2016. This is a domestic landscape that represents a fundamental advantage for Governor Huckabee.

The lynchpin of the FairTax is the "Prebate," a plan where the Federal government would send every American family a check every month. The Prebate would actually be more difficult to successfully implement and continue to administer ostensibly forever than any element of Obamacare. The FairTax's estimates of necessary tax rates and tax collections are as overly optimistic as the President's estimates of Obamacare enrollments and its costs. Despite its seeming simplicity, the FairTax would also likely result in thousands of pages of rules and regulations, identical to Obamacare.

In our 2009 book, The FairTax Fantasy, An Honest Look at a Very, Very Bad Idea, Hugh Hewitt and I devoted several chapters to the realities of trying to put the FairTax into place, an event that would require every family in the United States to register with the government. If one were to eliminate the word FairTax from our analysis and substitute Obamacare, our predictions and concerns would make us look like Nostradamus.

It is almost uncanny that the FairTax envisions every state forming its own State Sales Tax Administrating Authority, an almost identical plan to each state forming its own insurance exchange under Obamacare. (Identical to Obamacare, the Federal government must assume the role of the State if the State determines not to form its own State Sales Tax Administrating Authority.) In the FairTax Fantasy, we discussed the reality that many states would determine not to form such entities and that the Federal government would be required to step into the breach. We predicted the Federal government would fail in this role. We discussed the accompanying nightmare that the government would have with getting people to signup, determining whether they were entitled to the "Prebate" they were requesting and how it could be administered over a long period of time. Sound familiar?

In the FairTax Fantasy, we discussed forecasts of the necessary national sales tax rate to abandon the income tax. We presented an opposing view with respect to the analysis being presented by the proponents of the FairTax, not terribly different than the position of Republicans at the outset of Obamacare.

Today, it is impossible for President Obama to escape his promises of people being able to keep their doctor and having a reduction in insurance costs of $2500 per family. None of those promises were possible when he was making them and the reality is in concert with what the naysayers predicted. With respect to the FairTax, the rate promised was illusory a decade ago and with the insane increase in Federal spending since the initial proposal in 1999, more illusory today.

The FairTax promoters continue to contend that a $30 tax on a $100 purchase is a 23% tax. If the issue becomes a part of the 2016 presidential contest, voters will believe that promising a tax rate of 23% when it is evident the tax rate is 30% is equal to the inaccurate promises of President Obama with respect to Obamacare.

If Governor Huckabee chooses to become a candidate for President of the United States, he needs to change course on his desired method of taxation. The lessons of Obamacare should not be lost to him. A key to leadership which is lost to President Obama is the ability to step away from a bad idea. Candidate Huckabee should be promoting tax simplicity as well as tax reform. He should have no desire to do to taxation what President Obama has done to healthcare.