How Many Will Be Uninsured On January 1st? 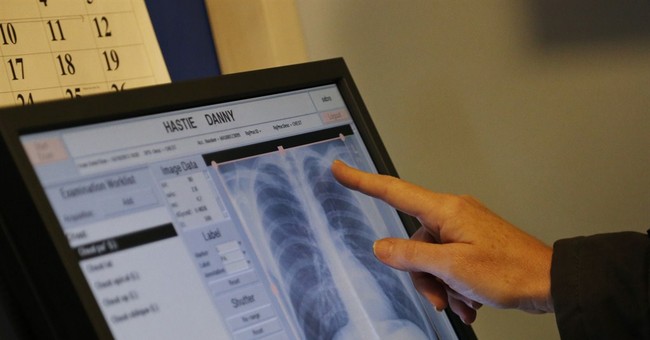 There appears to be no fallback plan.

What if the Obamacare computers do not work on November 30th? What if the health insurance companies cannot process what could easily be fifty million requests for insurance by December 30, 2013? (There are only sixteen working days between November 30 and Christmas eve.) What if millions of people determine they simply cannot afford the new and significantly larger premium costs for health care insurance?

Is it possible or even probable that the number of people who will have insurance on December 31, 2013 and not have health insurance on January 1, 2014 is going to be five or ten million people? Will it grow larger every month in 2014 as individual plans expire?

Many things can be measured in the long term, but lives are lived day to day. The bottom line is that it is probably too late to avoid the reality that millions of people are suddenly going to have no health insurance on New Year's Day. In those millions, there are going to be families and individuals who will defer medical appointments or treatment and literally will die as a result. In those millions are families and individuals who will receive news of a terrible prognosis or have an accident of some sort that will drain them of every asset they have spent their lives accumulating. Sadly, this is not conjecture, it is a realistic prognostication.

This probability of disaster will not be limited to the uninsured. The new dramatically heightened deductibles will also cause families to defer or cancel appointments or treatments and some will also literally die as a result. And, of course, in many cases, the deferral of the appointments for care will result in more serious conditions and longer, more expensive recovery periods.

There are very few things that can be done. Ted Cruz may well be right that most of Obamacare should be scrapped. (There appears uniform agreement only on having a solution for pre-existing conditions.) But, being right is highly over-rated.

The only step that can be taken instantly that will, to some degree, increase the number of people who will be insured on January 1, 2014 is to permit and in fact, promote the contracts that were not grandfathered because of the definition of 'grandfathered' conjured up by the Department of Human Health and Services. Not only should these grandfathered plans be permitted for those previously covered, but they should continue to be available for everyone prospectively. When the result of not grandfathering or continuing to offer these policies is going to diminish the current quality of healthcare for millions of people, there exists no excuse for not allowing and promoting these plans. It does not matter that these plans will not be perfect in the eyes of some HHS administrator if they are in fact providing some level of healthcare coverage. The contracts are not "substandard" like a bridge built with substandard contractors. These policies have provided the level of care and protection desired by millions for decades.

Congress needs to act immediately on allowing grandfathered plans to continue and expand. It may even be too late for the insurance companies to gear up to have these policies available in time for January 1st. It may be possible that the insurance companies no longer are interested in selling these plans. But, it is the only hope and every day of delay makes the prospects of having these plans available for January 1st implementation closer to an impossibility.

Good gosh, politics and ego should not be as important as having Americans insured on January 1, 2014. Congress needs to act on an emergency basis. The President needs to sign such a bill.