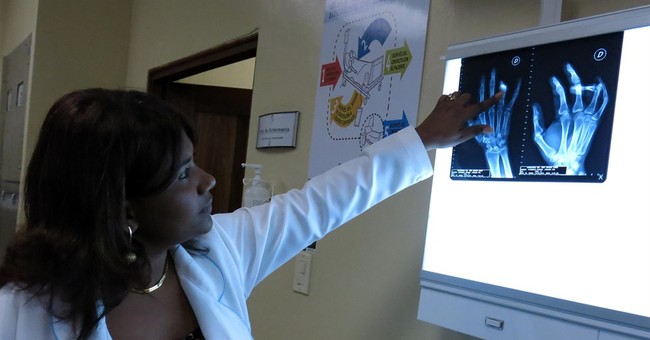 It cannot be lost on anyone that the Affordable Healthcare Act is resulting in business and personal decisions not desired by either the authors of the legislation or those who voted for its passage.

The now likely results over the next few years include significantly higher health insurance costs, fewer employees being covered under employer health plans and millions of young taxpayers electing to forgo health insurance because of its cost and with the knowledge that insurance companies cannot deny them coverage if they contract some deadly disease.

Over the past several months, we have read articles and press releases from major companies indicating that in the future, they will hire fewer full time employees and replace them with part time employees in an effort to reduce required health insurance costs. This month, we have been reading about some of the largest corporations in the country moving the administration of their health care programs for retirees to healthcare exchanges. (There is no public benefit from this new tactic, only a transfer of costs from the private sector to the government.)

Individual Americans and American companies are nimble and will act to decrease taxes and increase take-home pay or after tax earnings after passage of any new law from Congress. (Recall that the Affordable Healthcare costs and penalties have been deemed a tax by the Supreme Court.) Limiting one's taxes is an American tradition and essentially has been encouraged since the signing of the first Internal Revenue Code almost exactly one hundred years ago today. The brilliant Harvard trained appellate judge with the unlikely name of Learned Hand covered this turf in 1934 and then again in 1947 by stating:

"Over and over again courts have said that there is nothing sinister in so arranging one's affairs as to keep taxes as low as possible. Everybody does so, rich or poor; and all do right, for nobody owes any public duty to pay more than the law demands: taxes are enforced exactions, not voluntary contributions. To demand more in the name of morals is mere cant."

We also must consider the increasing reality of the seemingly impossible task of administrating and financing the Affordable Healthcare Act. The very notion that the Federal government can successfully, efficiently and fairly administer the Act is simple folly. One need only to look at other recent attempts to successfully administer and contain other growing national programs. The Federal government has proved itself incompetent in these efforts. Next one need look at all the exemptions, including Congress, that have already been granted under the Affordable Healthcare Act. Finally, we must consider that there are apparently no significant employee security reviews of new Federal employees charged with signing up individuals for healthcare exchanges. Who would be willing to share confidential health and financial information with an individual who essentially could have been anyone or done anything before their role as a healthcare exchange employee?

And these arguments ignore the strongly held position of the administrating agency, the Internal Revenue Service, that they want one hundred percent of their employees to continue their current health insurance plans and do not want to be covered by the Affordable Health Care Act.

Of course, Congress can yet legislate more and more rules and regulations and hire more and more auditors; regardless, the Affordable Car Act is going to be a disaster for precisely the portion of the population it was envisioned to help. All Americans will act in what they see as their best interests to reduce their costs and maximize their healthcare access. This is what we do as a people and for the Affordable Healthcare Act, this is the worst possible scenario along with being the most logical scenario.

What to do? How about a mulligan, a completely different plan that could over a reasonably short period of time, flood the country with doctors, nurses and physician assistants.

Wouldn't the country be well served by dramatically increasing the supply of medical personnel? Wouldn't there be more primary care physicians, our greatest need, if there were more doctors being trained by our universities? Relative to the insane costs of administrating the Affordable Healthcare Act and hoping that people and companies will not "game" the system, why not change the supply curve and drive prices down by increasing the number of medical practitioners?

While estimates vary widely, the start-up costs including buildings and equipment to create a medical school that would graduate about 100 medical students annually are around $150 million. For a nursing school annually graduating fifty students, something around $10 million and a physicians assistants program graduating 50 students annually, also maybe $10 million would be required. (These are ballpark estimates, but not far enough wrong to impact the argument and could be dramatically reduced if facilities were leased rather than built.)

Would not the country be better served to reduce healthcare costs by using government funds to increase the supply of medical personnel? Would not the country be better off to have an increased supply of primary care physicians, nurses and physicians assistants rather than a bureaucracy controlling every element of medical care? These questions are rhetorical.

The United States of America would be far better served by minting more medical personnel in an effort to reduce medical costs and expand the ability to provide medical services than spending a fortune implementing thousands of pages of regulations. How about we take a mulligan and start over?