VA Healthcare and the Failure of a Government Run System

Hal Scherz
|
Posted: Nov 18, 2019 12:01 AM
Share   Tweet
The opinions expressed by columnists are their own and do not necessarily represent the views of Townhall.com. 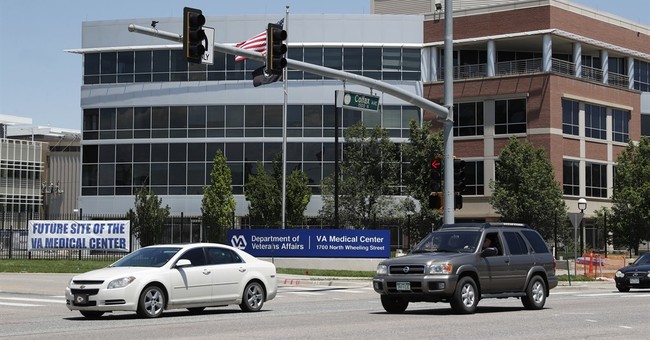 In less than a year, Americans will choose a president who will chart the course for the country, with ramifications that could affect many future generations. Healthcare is one such issue. Every Democrat presidential candidate advocates for more government involvement in healthcare. Most endorse some variation of socialized medicine. The most extreme candidates, like Senators Warren and Sanders, call for an end to private healthcare insurance, meaning that 180 million Americans who receive this through work, would lose it. Some candidates want to return to failing Obamacare and prop it up by introducing a government run health insurance option. This veiled attempt to offer greater flexibility in coverage is nothing more than a Trojan Horse which would ultimately lead to a single government run system. This is because over time, private insurance cannot compete against a government sponsored competitor and will be squeezed out.

Americans have been ‘hoodwinked” already with promises that we could keep our doctors if we liked them; keep our insurance if we wanted; go wherever we wanted to receive healthcare. These guarantees were as unrealistic and disingenuous as the promises now being made by the Democratic hopefuls. Who can take seriously claims that a government run system which will cost $52 Trillion would actually save Americans money in the long run?

Socialized healthcare is failing around the world. Waiting lists for doctor appointments are measured in months, not days. The wait for surgeries can be even longer in systems that have made the calculus that money can be saved if the patient dies in the interim. That is the only way that a government run system can exist- by rationing care. More than 4.5 million Brits languish on waiting lists for care. Last year, almost 1 million surgeries were cancelled in the UK for non-health related issues. One needs to look no further than at our very own Veterans Administration Health System for a glimpse of what is in store for Americans if the government runs our entire healthcare system.

The problems at the VA paint an ominous picture of how the government has bungled healthcare. Customer service is non-existent because there are no repercussions for bad behavior. Employees cannot be fired. The institution runs like all government bureaucracies. There are equipment and material shortages. Red tape and employee indifference lead to compromised patient care. Veterans continue to die on waiting lists for care. The Computerized Patient Record System (CPRS) utilized throughout the VA system looks like it could have been created by a third grade student in its uselessness as a healthcare tool. It actually compromises care.

At the VA in Iowa City, hundreds of diagnostic tests were cancelled in an attempt to shorten the waiting list. The Baltimore VA has been cited for excessive surgical wait times. At the Atlanta VA, surgery has been cut back over 50% because of personnel shortages. Of the 170 VA hospitals around the country, 40% had ER wait times that exceeded 5 hours.

The VA Mission Act was passed in 2018 to address the problems, but the problem is the system itself. Veterans who could not be cared for at their VA could petition for care at a private facility in the community, but this plan is falling short of the stated goals, which were to ensure that a patient gets care within 30 days. At the Phoenix VA, where the scandal erupted over excessive wait times in 2014, the problem continues, with veterans still in many cases waiting over 70 days to “choice out” of the system.

The VA should serve as a warning about the government running healthcare. They have failed a great number of the 9 million veterans enrolled in the system. How can we entrust the government to take over healthcare and manage 327 million people?

There are only 2 individuals who care about your healthcare- you and your doctor. Not some bureaucrat in Washington. Patients should expect and demand more. Not empty promises from politicians who have lied to the public before.