Gil Gutknecht
|
Posted: Nov 08, 2018 12:01 AM
Share   Tweet
The opinions expressed by columnists are their own and do not necessarily represent the views of Townhall.com. 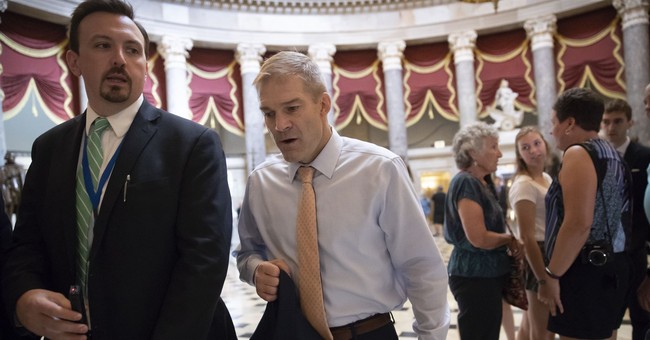 We now know two things. One, that the so-called Blue Wave was greatly exaggerated. Senate Republicans gained seats, while the House lost them. And two, Nancy Pelosi will be the Speaker.

There are not enough moderates remaining in her conference to mount a serious challenge. So, Nancy will get the big gavel back. But, she will face an interesting caucus. More than half of her team will want to advance their plans to investigate and ultimately impeach President Trump. The incoming freshman will be torn. Their leftist base and billionaire donors will demand aggressive action. Cooler heads will warn them that it would be suicidal. The resulting anxiety will cloud the entire socialist agenda.

So, Ms. Pelosi will be a figurehead and a weak Speaker. Maxine and her fellow travelers will make lots of noise. Team Trump will face endless investigations. Little of consequence will get done. In the end, Donald Trump will have the perfect foil to propel him to re-election. He will be pestered to be sure, but he won’t mind the prospect of running against a Do Nothing Democratic Congress.

It is on the Republican side where there will be plenty of palace intrigue. The long knives are already out in the leadership battle. Consider the unprecedented recent attack by the Chairman of the NRCC, Rep. Steve Stivers, against conservative Rep. Steve King. Without citing a single specific example, he parroted the liberal meme and piled on, accusing King of racist comments. Can you imagine a Democratic leader taking a similar cheap shot at any fellow Democrat for comments that Republicans found objectionable…10 days before an election?

Since Chairman Stivers has not been rebuked by the Speaker or the Majority Leader, we have to assume that they gave tacit approval to his gratuitous assault. Their silence says it all.

The GOP loss of the House was not because of the leadership of Donald Trump. His approval is much higher than George W.’s was in 2006. He has campaigned harder than any Republican president…ever. He has ushered in unprecedented economic growth. Losing the House was in large part due to the feckless leadership in the House. The unprecedented Stivers comments only underscore the depth of the problem. Steve King was fighting to build a wall, enforce immigration laws and end birthright citizenship long before Donald Trump came down the escalator. He has had the guts to raise questions about culture. In the eyes of establishment Republicans, that made King expendable.

Stiver’s actions guarantee that there will be hell to pay when the Republicans gather for their organizational caucus. Steve King is well liked by everyone who knows him, especially conservatives in the House. They know that he is no racist. If the moderates can do it to King, they can do it to anyone. Conservatives may have blood in their eyes. Will they simply forgive or forget in the next two weeks?

If Kevin McCarthy had the votes, Speaker Ryan would have stepped aside months ago and they would have had leadership elections. He doesn’t. The King episode represents McCarthy’s first huge challenge. Members will be watching closely how he deals with it. If he sides with Stivers, it won’t sit well with conservatives and open the door for Rep. Jim Jordan.

Jordan controls enough votes to make things very difficult for McCarthy. McCarthy and Stivers will be blamed for losing the majority. Jordan’s stock has gone up. But, if Jordan and his allies play their cards right and demand answers to a few basic questions, Jordan can win.

A few simple questions might suffice. Questions like, was it acceptable for the Chairman of the NRCC to repeat the DCCC leftist line and publicly chastise a respected colleague? Right before the election? If McCarthy really supported building a wall, why did he wait until the end of the session to introduce the bill? Will he bring his Build the Wall bill up during the lame duck session? Will he lead the fight to pass legislation to end birthright citizenship? Does he have the stomach to lead the fight to get to the bottom of the abuses at the highest levels of the FBI and the DOJ?

Jordan can come up with more and better questions. Questions are more persuasive than statements. He has a wrestler’s instincts and knows how to press the fight.

The palace intrigue leading up to the leadership elections will be interesting to watch. We may yet see a real shakeup.