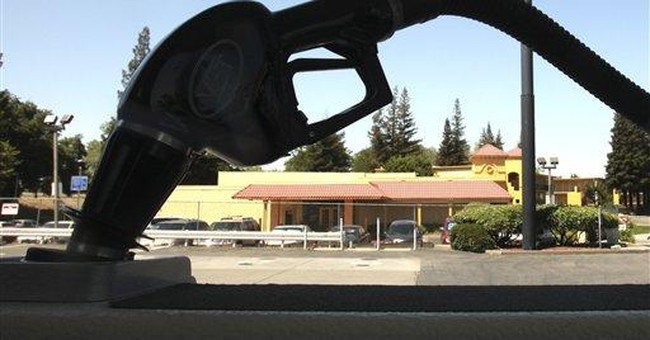 WASHINGTON -- What city contributed most to the making of the modern world? The Paris of the Enlightenment and then of Napoleon, pioneer of mass armies and nationalist statism? London, seat of parliamentary democracy and center of finance? Or perhaps Titusville, Pa.

Oil seeping from the ground there was collected for medicinal purposes -- until Edwin Drake drilled and 150 years ago -- Aug. 27, 1859 -- found the basis of our world, 69 feet below the surface of Pennsylvania, which oil historian Daniel Yergin calls "the Saudi Arabia of 19th-century oil."

For many years, most oil was used for lighting and lubrication, and the amounts extracted were modest. Then in 1901, a new well named for an East Texas hillock, Spindletop, began gushing more per day than all other U.S. wells combined.

Since then, America has exhausted its hydrocarbon supplies. Repeatedly.

In 1914, the Bureau of Mines said U.S. oil reserves would be exhausted by 1924. In 1939, the Interior Department said the world had 13 years worth of petroleum reserves. Then a global war was fought and the postwar boom was fueled, and in 1951 Interior reported that the world had ... 13 years of reserves. In 1970, the world's proven oil reserves were an estimated 612 billion barrels. By 2006, more than 767 billion barrels had been pumped and proven reserves were 1.2 trillion barrels. In 1977, Scold in Chief Jimmy Carter predicted that mankind "could use up all the proven reserves of oil in the entire world by the end of the next decade." Since then the world has consumed three times more oil than was then in the world's proven reserves.

Keith O. Rattie, CEO of Questar Corporation, a natural gas and pipeline company, says that by 2050 there may be 10 billion people demanding energy -- a daunting prospect, considering that of today's 6.2 billion people, nearly 2 billion "don't even have electricity -- never flipped a light switch." Rattie says energy demand will grow 30 percent to 50 percent in the next 20 years and there are no near-term alternatives to fossil fuels.

Today, wind and solar power combined are just one-sixth of 1 percent of American energy consumption. Nuclear? The United States and other rich nations endorse reducing world carbon emissions 80 percent by 2050. But Oliver Morton, a science writer, says that if nuclear is to supply even just 10 percent of the necessary carbon-free energy, the world must build more than 50 large nuclear power plants a year. Currently five a year are being built. Rattie says that as part of "a worldwide building boom in coal-fired power plants," about 30 under construction in America "will burn about 70 million tons of coal a year."

Edward L. Morse, an energy official in Carter's State Department, writes in Foreign Affairs that the world's deep-water oil and gas reserves are significantly larger than was thought just a decade ago, and high prices have spurred development of technologies -- a drilling vessel can cost $1 billion -- for extracting them. The costs of developing oil sands -- Canada may contain more oil than Saudi Arabia has -- are declining, so projects that last year were not economic with the price of oil under $90 a barrel are now viable with oil at $79 a barrel.

Morse says new technologies are also speeding development of natural gas trapped in U.S. shale rock. The Marcellus Shale, which stretches from West Virginia through Pennsylvania and into New York, "may contain as much natural gas as the North Field in Qatar, the largest field ever discovered."

Rattie says U.S. known reserves of natural gas, which are sure to become larger, exceed 100 years of supply at the current rate of consumption. BP recently announced a "giant" oil discovery beneath the Gulf of Mexico. Yergin, writing in Foreign Policy, says "careful examination of the world's resource base ... indicates that the resource endowment of the planet is sufficient to keep up with demand for decades to come."

Such good news horrifies people who relish scarcity because it requires -- or so they say -- government to ration what is scarce and to generally boss people to mend their behavior: "This is the police!" Put down that incandescent bulb and step away from the lamp!"

Today, there is a name for the political doctrine that rejoices in scarcity of everything except government. The name is environmentalism.