Racing Past the Constitution 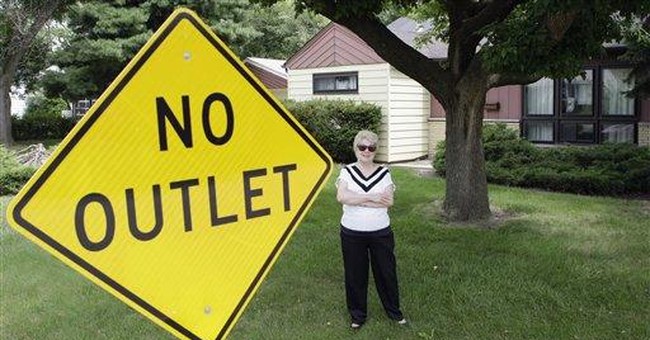 WASHINGTON -- Rampant redistribution of wealth by government is now the norm. So is this: It inflames government's natural rapaciousness and subverts the rule of law. This degeneration of governance is illustrated by the Illinois Legislature's transfer of income from some disfavored riverboat casinos to racetracks.

Illinois has nine licensed riverboat casinos and five horse-racing tracks. In 2006, supposedly to "address the negative impact that riverboat gaming has had" on Illinois horse racing, the Legislature -- racing interests made huge contributions to Gov. Rod Blagojevich -- mandated a transfer of 3 percent of the gross receipts of the four most profitable casinos, those in the Chicago area, to the state's horse-racing tracks. This levy, subsequently extended to run until 2011, will confiscate substantially more than $100 million.

What is to prevent legislators from taking revenues from Wal-Mart and giving them to local retailers? Or from chain drugstores to local pharmacies? Not the tattered remnant of the Constitution's takings clause.

The Fifth Amendment says private property shall not "be taken for public use without just compensation" (emphasis added). Fifty state constitutions also stipulate taking only for public uses. But the Illinois Supreme Court ignored the public use question. Instead, the court said it is "well settled" that the takings clause applies only to government's exercise of its eminent domain power regarding land, buildings and other tangible or intellectual property -- but not money.

Conflicting rulings by state courts demonstrate that that question is chaotically unsettled. That is one reason the U.S. Supreme Court should take the Illinois case and reject the preposterous idea that money is not property within the scope of the takings clause -- an idea that licenses legislative confiscations. Another and related reason why the court should take the case is to reconsider its 2005 ruling that rendered the "public purpose" requirement empty.

The careful crafters of the Bill of Rights intended the adjective "public" to restrict government takings to uses directly owned by government or primarily serving the general public, such as roads, bridges or public buildings. In 1954, in a case arising from a disease-ridden section of Washington, D.C., the court broadened the "public use" criterion. It declared constitutional takings for the purpose of combating "blight" that is harmful to the larger community.

In 2005, however, in a 5-4 decision, the court radically attenuated the "public use" restriction on takings, saying that promoting "economic development" is a sufficient public use. The court upheld the New London, Conn., city government's decision to seize an unblighted middle-class neighborhood for the purpose of turning the land over to private businesses which, being wealthier than the previous owners, would be a richer source of tax revenues. So now government takings need have only some anticipated public benefit, however indirect and derivative, at the end of some chain of causation hypothesized by the government doing the taking and benefiting from it.

In a brief opposing the Illinois Legislature, the American Legislative Exchange Council, an organization of state legislators, makes this argument against "predatory taxation": Suppose Congress, eager to aid newspapers hurt by competition from new information technologies, decides to take a percentage of the assets of Bill Gates and half a dozen other beneficiaries of those technologies, and give the money to newspapers. Would not this "take and transfer" scheme be unconstitutional? Targeting specific, identifiable persons or entities for unfavorable treatment, and transferring their assets to equally identifiable persons or entities, surely also raises equal protection issues.

Unquestionably a legislature can impose a levy on casinos if the revenues become subject to what the state legislators' brief calls "allocation via the familiar push and pull of political decision-making." But Illinois' confiscation of riverboat revenues is a private-pockets-to-private-pockets transfer, without even laundering the money through the state treasury.

The Supreme Court has held that "one person's property may not be taken for the benefit of another private person without a justifying public purpose." But in the aftermath of the court's ruling in the New London case, the Illinois Legislature merely seeks judicial deference toward its judgment that transferring wealth from casinos to racetracks serves the public purpose of benefiting "farmers, breeders, and fans of horse racing."

The court's virtual nullification of the "public use" requirement encourages lawlessness, which will proliferate until the court enunciates the constitutional principle that the takings clause protects money, like other forms of property, against egregious seizures. Enunciating such a principle would be a step toward restoring meaning to the "public purpose" clause.