Kidnapped by the Cartels 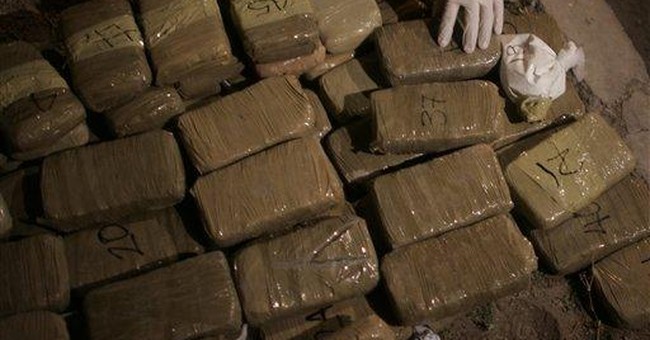 PHOENIX -- Police Chief Jack Harris, a solid block of a man with a shock of thick gray hair, is stolid and patient but there are limits. Clearly he is weary of explaining that this is one of America's safest large cities, with declining rates of violent crime and property crime, even though it has one of the nation's highest rates of home foreclosures. Unfortunately, there are the kidnappings.

There were 368 reported kidnappings for ransom here last year -- perhaps more than anywhere else, other than Mexico City where kidnapping is such a long-established industry that the wealthy sometimes buy kidnap insurance. It is difficult to know how many kidnappings occurred there or here: Many are not reported because it can be dangerous to do so. And because they are settled before there is time to report them. Receiving a finger severed from the kidnap victim often speeds ransom transactions in Mexico. Not here yet.

In any case, law-abiding citizens here are rarely at risk. Most of the kidnappings are drug smugglers and human traffickers preying on one another.

Some of the smugglers who bring in drugs from Mexico bring people, too, along desert trails and through dry washes, to "drop houses." Regarding both drugs and people, Phoenix is a transshipment point: Most of both are distributed to other states. But some of the people become pawns in horrific transactions. A person in the United States might pay, say, $2,500 to have someone smuggled into the country, and then might receive a phone call: Pay another $5,000 and we will stop raping or torturing -- do you hear the screams? -- the person you want.

A small "drop house," with no functioning toilet, may, Chief Harris says, hold 60 people -- he has seen 100 -- in squalor. Fifty of them just want to move deeper into America in search of work, but all of them might have only their underwear, their clothes having been taken away to prevent them from running away.

The cross-border traffic in narcotics and people is, Harris says, just one way globalization is shaping crime. When the United States tightened controls on supplies of ephedrine and pseudoephedrine, the precursor chemicals for manufacturing methamphetamine, American motorcycle gangs were pushed out of the business. The production of those drugs, which had been done in many improvised labs in rural America, or even in American kitchens, moved to Mexico, where drug-makers imported ephedrine and pseudoephedrine from China.

To the problem of reducing regular crime -- homicides in Phoenix were down 24 percent in 2008 -- Harris has applied proven methods. They include the nimble deployment of manpower to high-crime hot spots, close relations between police and neighborhoods, and intense concentration on the small number of career criminals who commit a large majority of the crimes -- often hundreds a year by each individual.

Phoenix's familiar sorts of crimes have not much to do with most of the city's immigrants, legal or illegal. They commit a smaller percentage of the crimes (10 percent) than they are of the city's population (24 percent). But the lurid crimes that are giving this city an unmerited reputation as dangerous represent the seepage of the Mexican cartels into his city.

For them, Harris says, "The answer is not in Phoenix. The answer is in Washington." We know how to close a border, says Harris with acid dryness -- " build a wall" and deploy "machine gun nests." But, "I personally think that is stupid." For now, however, the United States "has turned immigration policy over to Mexican thugs." So we have reached a point at which barbed wire, car batteries and acid become the business tools of kidnapper-torturer-extortionists.

With a force large enough to police the nation's fifth-largest city, Harris can deploy 60 officers to deal with one kidnapping. That would be impossible in smaller cities, to which such crime might be driven by success here. But "don't give me 50 more" officers to "deal with the symptoms." Rather, says Harris, who was raised in a rough Phoenix neighborhood, give me comprehensive immigration reform that controls the borders, provides for whatever seasonal immigration the nation wants, and one way or another settles the status of the 12 million who are here illegally -- 55 percent of whom have been here at least eight years.

For those whose profession it is, law enforcement sometimes seems like bailing an ocean with a thimble. Harris wants not a bigger thimble but a smaller ocean.