President Reagan warned us about this very moment! 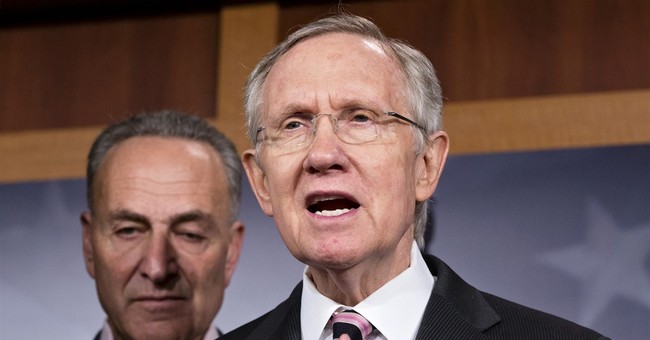 Ronald Reagan made a spectacular warning at the start of his political life. He said that if Americans do not fight to maintain our freedom that "one day we will spend our sunset years telling our children and our children's children what it was once like in the United States when men were free."

I remember conversations with my grandfather about the United States, and where this country was headed. He said the same thing as Ronnie: If you do not show up and fight for freedom and capitalism it will fade away like it has in countless other republics, and all that remains are the stories of what it used be like. I can't help but wonder: are we at that point already?

From the various price-gouging cartels and guilds that dominate our economy, and decide who can be allowed to do what job irrespective of their skill or ambition; to the NSA spying scandals; to ObamaCare; or to the crass attempts by the IRS and other government agencies to suppress (or even forbid) free speech; more and more, it looks like America is on a trajectory where we will end up soon telling our children's children what it was once like to live in a free country with a capitalist economy. We are even on the cusp of losing our superpower status with China modernizing her military at an alarming pace and deploying her first aircraft carrier as well as establishing Chinese bases in the Indian Ocean and Africa, not to mention a possibility of the Renminbi becoming the world’s new reserve currency.

Out of all of these negative trends, what is particularly dangerous is the destruction of economic mobility in America. A lack of economic mobility breeds resentment and makes people eager to engage in class warfare. This surely only accelerates the trend away from freedom and denies prosperity. The disappearing middle class and the government regulatory assault on small business (the largest employer in America) places long term bad fuel in the American economic machine.

A report from the Brookings Institution highlights the situation today: "Only 6% of children born to parents with family income at the very bottom move to the very top."

While many people do not want to debate over how this has come to pass, or even vote for change, it’s reasonable to conclude that the overarching reason why we are losing our freedom has to do with the explosive growth of economic cartels throughout America. In the last 60 years, we have seen the rise of numerous cartels - granted legislative rule-making power - to block professional entry to raise prices. And we have seen this across the board from lawyers to doctors to nurses to engineers to stock brokers to even crane operators (yes, crane operators). Pick a profession today, and there will be a cartel – like the American Bar Association or the American Institute of Certified Public Accountants or the National Council of Architectural Registration Boards – that is needlessly blocking entry to shamelessly raise prices.

Such cartel growth has not happen anywhere else in the world in the last six decades, and yet it is a topic Americans barely talk about. A Google query on whether Abraham Lincoln could become a lawyer in the United States today shows how far-off base we have become from ourselves - and the rest of the first world. If you don’t like that one, look at our drop in rankings of the easiest place to start a business. Still need another one: look at where the US ranks on corporate taxation, at the top (I won’t even start on the US taxation of exports or the estimated $2.5 billion of regulatory burden that every American bears)!

Another dangerous trend too is how little we seem to value our privacy and our right to free speech. A federal prosecutor in Tennessee recently made a thinly veiled attempt to limit free speech in that state by trying to forbid critiques of Islamists, and was not even sanctioned by the Department of Justice for doing so (Ted Nugent would’ve been arrested). Worse, the revelations pouring out from the ongoing NSA domestic spy scandals - with the NSA's inspector general admitting to countless violations of Americans' privacy, describing in detail episodes of agency employees illegally spying on their girlfriends email accounts - creates little more than a temporary burst of angst in America.

Consider, too, the ObamaCare mandate that all Americans must be required to purchase health insurance. It is amazing this law passed Congress, it is so manifestly unconstitutional. Yet, it seems clear that once the ObamaCare mandate is fully integrated into our legal system, Congress can then easily start mandating other procedures for "public safety." And, yes, that can encompass a mandate against gun ownership (oh, now maybe I have 80 million gun owners attention).

Maybe the question we should be asking ourselves is whether we would even want to tell our children's children about how life was in America in the last century? It would probably just make them sad for what has been lost and hope for a place that is truly “home of the free”.