R2P used to sell but for now Americans aren't buying it! 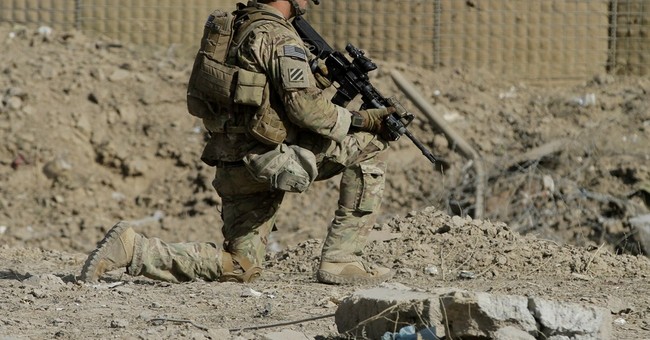 A burgeoning new ideology has entered the scene as the debate over whether America should go to war in Syria rages on.  It is called "Responsibility to Protect" or R2P.  It represents the notion that when a government of a society chooses not to protect its people - and starts to kill some of them to suppress a revolt - that America no longer has option, but instead it has a "responsibility" to invade and protect that country's people.

R2P is a beguiling and simplistic ideology.  And R2P proponents seem to be little hypocritical too.  Where were all these R2P people when the murderous slave-owning despots of Bahrain murdered tens of thousands of their own citizens - only two years ago?  Where are the R2P proponents - like our UN Ambassador Samantha Powers - as Iraq descends back into chaos?  Do we need to intervene in Iraq again because of R2P?  What about the 60,000 plus dead just south of our border in Mexico do they deserve R2P? There are a lot of states killing people.

And there are a lot of states that are economically killing people.  For instance, North Korea.  If that country had a reasonable economic policy, it is not a stretch to say that at least one million more people would be alive.  Does R2P extend into the economic arena?

At its heart, this new ideology brings up the question:  Are we going to protect everybody on the face of the planet or are we going to selectively protect only some people?  Are 'some people' more important - or less important - than others?  We eventually have to use some sort of criteria.

Does America have a responsibility to protect everyone on Earth?  Most Americans don’t believe so!

We have one of the strongest armies on the globe, the largest economy, and a network of humanitarian aid organizations that are ever ready to find a new poor country to help, and yet the question has to be asked, do we have the money and resources to intervene to protect everyone?  R2P activists never seem to question the economics of their proposals.

Since the “bull in the china shop” sequester, our military has had to stop investments in its future, and has had to focus on maintaining current levels of readiness.  If we spend money on Syria or other R2P escapades, we can eliminate another necessary weapons development program for our troops.  In the long run, that makes us weaker against China, which is husbanding its military resources and evermore building up her military capabilities.  China is staying as far awhile as it can from the conflicts in the Middle East too (which doesn’t hurt them when it’s time to negotiate long term energy contracts).

We are living in a time of “austerity” or shared sacrifice if you want to buy the beltway BS.  We do not have the freedom of action we had when the Soviet Union fell and America was the last man standing.  We cannot attack anyone on a whim, and so we have to be uber-rational.  R2P believers recall a time when America's economy was growing at 3% to 5% per year, and when we had the extra cash to go and save the world.  A time in America when we were stable, with a growing middle class and upward mobility for the masses. Unless we get a fiscally conservative President soon focused on shrinking the government and growing small business, it is unlikely the United States will see such growth rates return and the large middle class population will be extinct.

R2P activists like to say that if you reject them and their one-page proposals and TV one-liners that you are then an "isolationist."  But just because we reject R2P - like the rest of the world - does not make America an isolationist country.  We are not heeding the R2P siren call, because America has grown war-weary.  Americans do not want to dis-engage from the world, but Syria demonstrates that we are now a skeptical people when it comes to believing in an all-purpose ideology like R2P.  If the Iraq War has taught us anything it is to never underestimate how complex the world is and how expensive and lonely it is to police it.

With a very slowly growing economy, a health care law in shambles, the price of energy remaining high (and set to get higher if we bomb Syria), operating without a budget, along with the sequester damaging our military, America now has a host of financial and structural challenges ahead of us that we must confront.  "Responsibility to Protect" used to be an easy sell to the American people, not at this time with our governments recent track record.