Assad's, Syria! What the Frack is Going on? 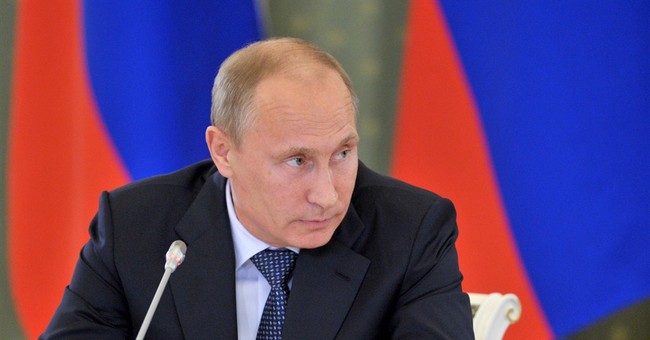 Leaked transcripts of a secret meeting between Russian President Vladimir Putin and the head of Saudi Arabia's secret police, Prince Bandar, have exposed how desperately the Saudi Arabians want Bashar Assad deposed as the President of Syria. Bandar explained to the Russian leader that many of the Chechen Islamist groups that have bombed Russia – and whom some consider as behind the Boston bombings – are controlled by his spy agency in Riyadh. He explained to Putin that if Russia stops supporting President Assad, the Chechens will not bomb the 2014 Sochi Winter Olympics, and he promised Saudi Arabia's “cooperation” with Russia on global oil prices.

An alliance between Saudi Arabia and Russia over the price of oil can only mean one thing for America: Higher oil prices. Saudi Arabia does not seem to care about that so long as Assad is gone. But America should care because every $10 increase in the price of oil takes away half a percentage point from our GDP growth within two years.  That's about $75 billion being subtracted from our economy by just a $10 spike.

Oil has already risen 5% since the start of August -- or an $8 per barrel increase. While this makes the Saudis richer, it weights heavy on the America's economy (which growth is already sluggish). One way we could help offset this increased burden is by further expansion of oil fracking, which would drastically reduce energy costs nationwide and supercharge America's petro, chemical, and industrial manufacturing bases. If Russia backs away from supporting Assad in-exchange for safety from Chechen bombers and oil price control, how many think Brent Crude will not spike to the $150 range?  What will happen to our tepid economic growth then, without fracking to help us?

As well, such negative economic disruption is likely to help the price of the yellow metal. Gold has surged from its year low of $1,200 in June to $1,416 per troy ounce. That is a 15% increase in less than three months.

The desperation exhibited by the Saudis to throw Assad out reveals how little they care about respect their relationship to U.S.  We already know about their deep links between the Muslim Brotherhood in Syria and Egypt and the Sunni Islamists of Arabia -- that has been well-documented. But as the Saudis and the Qataris continue to increase their financing and support of Sunni extremism – and buying off Western politicians and Russian industrialists – it would seem that oil's price and the price of gold is set to rise in concord too now.

The U.S. has a few options, but Saudi Arabia bargaining, is already affecting our economy. All over the Saudi’s desire to have Bashar Assad kicked out of Syria, it seems selfish and not the actions of a supposed allies. It is another piece in the argument that America should not do the bidding of the Saudis and launch an attack against Damascus. Syria has never attacked the United States, and out of the nine rebel groups fighting Assad, seven are allied with al-Qaeda. What are the long term effects of that support?

Deploying America's awesome military power against Syria may help the Obama Administration distract the public from its terrible record on the economy, but it will further inflame global opinion against Americans – and will aid the Saudis in their campaign to further expand their Sunni-ism far and wide.

It is time America show restraint, and not be manipulated into a conflict that serves our enemies. Foreign governments designing ways to hold us hostage like this scheming of the Saudis, is a  situation that we can remove ourselves from by becoming energy independent, I say, Drill, Baby Drill! And Frack on!