Gabriella Hoffman
|
Posted: Jan 21, 2022 6:46 AM
Share   Tweet
The opinions expressed by columnists are their own and do not necessarily represent the views of Townhall.com. 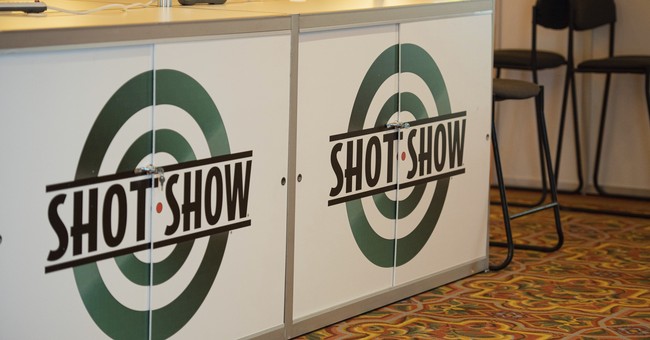 The forum was held on Wednesday and moderated by Larry Keane, NSSF general counsel and SVP of government and public affairs.

Governor Kemp kicked off the forum by boldly stating, “We've [Georgia] been a pro-Second Amendment state for a long time.”

“Like these other wonderful governors here, we [in Arkansas] believe in the Second Amendment and freedom,” added Governor Hutchinson, a SHOT Show regular. “And that is important for these companies—that they want to be in an environment that supports their industry.”

Governor Gordon of Wyoming said SHOT Show is the perfect place for firearms industry representatives to meet and talk shop.

“What the SHOT Show means to us, I think, is the opportunity to meet with folks from different states and talk about what Wyoming has had to offer,” Gordon noted.

“SHOT Show is really bringing manufacturers together and people who are interested in [the] firearms industry.”

“There's probably more gun stores [in Alaska] than anywhere I've ever seen,” Governor Dunleavy of Alaska said. “I think we may be the only state in the country that has the largest gun show in a high school.”

“If you want to manufacture guns in an environment in which it is supported, the state of Alaska should be something to look at.”

“I think one of the key reasons we’re here is to show support for the entire industry,” explained Governor Ricketts of Nebraska. “And when you have a big show like this in Las Vegas, it demonstrates how much Americans are willing to support their Second Amendment rights.”

Ricketts also emphasized to attendees the need to take kids outdoors and get them away from electronics.

“I wanted it to be the first bill that I signed and signaled my support for it right away,” Noem said. “We held a huge ceremony out on the rotunda, and just sent a message to South Dakota that here your Second Amendment rights matter and we back that up with action.”

Moderator Larry Keane then brought up “woke capitalism” in banking practices and posed the following question to the six featured governors: “What do you think is the role of a governor and state legislatures to push back against woke capitalism?”

“Governors have to be engaged to protect their businesses from that type of discrimination and targeting,” responded Governor Hutchinson. “I think it takes the governors to lead and fight back and to push back on this—to make sure that we're protecting those businesses and standing strong on the Second Amendment.”

Big banks like Bank of America and CitiGroup are actively discriminating against lawful firearms businesses. To counter this, states have taken steps to fight back and win.

Most recently, Texas passed the Firearm Industry Nondiscrimination (FIND) Act to “prevent “woke” corporations from profiting from Texas tax dollars and using those profits to fund efforts to deny those same taxpayers their Second Amendment rights.”

Federally, Senators Kevin Cramer (R-ND) and John Kennedy (R-LA) introduced the Freedom Financing Act during the 115th Congress to restrict “certain banks, credit unions, and payment card networks from refusing to do business with a person based on reputational considerations.” It’s a companion bill to the No Red and Blue Banks Act of 2021.

The panelists rounded out the discussion by offering call-to-actions.

Governor Noem stressed the importance of living out the shooting sports lifestyle.

“Honestly, for the long term, it's not just doing a policy; it's living it too. Being an example. Show people that you can exercise your Second Amendment rights and be wonderful citizens who love America,” she said.

And Governor Kemp, who’s expected to face Stacey Abrams in a fall 2022 rematch, promised he’ll sign constitutional carry into law when lawmakers bring a bill to his desk.

Townhall readers can watch the full panel event here and can learn about the NSSF and SHOT Show online.