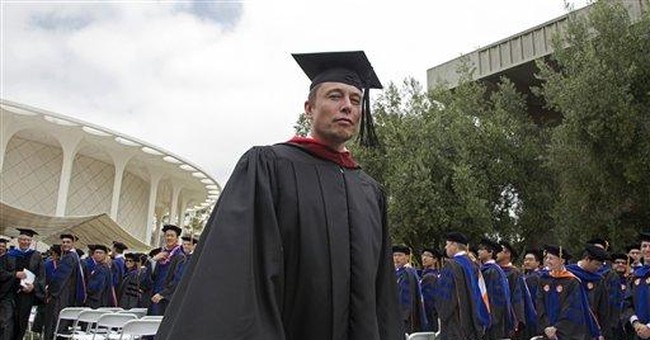 The American university was once regarded as the marketplace of ideas. Young, eager minds thirsty for knowledge pursued higher education to better prepare for life. The free exchange of ideas and different perspectives largely defined the academic scene in decades prior. This reputed intuition stood out from the rest as the cultivator of future leaders, innovators, and scholars.

Alas, this is not the case today.

The late conservative thinker William F. Buckley famously opined, “The academic community has in it the biggest concentration of alarmists, cranks and extremists this side of the giggle house.”

The American university has departed from its original purpose. Instead, this institution now serves as a breeding ground for complacent, goose-stepping loyalists of the political Left.

The campus climate is equally hostile to conservative and libertarian students. When one openly professes right-leaning views they are ridiculed, harassed, or made to feel uncomfortable on campus. Professors reserve lecture time to proselytize against free markets, limited government, and traditional values. So-called sustainable initiatives, diversity “enrichment,” and the prevalence of gender neutral bathrooms, for example, confirm the radical nature American universities have come to adopt.

Despite dominant leftist views on campus, conservative students should not feel discouraged or hopeless. Instead, they should fight back by holding their professors accountable for their actions. If professors repeatedly step out of line or dedicate lecture time to deride conservatives, students should record them and expose their bias.

College students can put unruly professors in their place with the right tools and resources.

“Republicans are trying to prevent people of color and people of lower income from voting by requiring voter I.D.” Sragow said.

Shortly after the video of Sragow dropped, Talgo appeared on Fox News and The View to encourage fellow college students to hold their professors accountable for what they say in the classroom.

Another instance of college students holding their professors accountable is the recent firing of a Brevard Community College (BCC) professor. The professor--Sharon Sweet--was fired after requiring students to pledge their votes for President Barack Obama leading up to the 2012 election. Sweet’s pay and benefits were suspended following an investigation into her questionable activities.

Campus Reform reported, “The termination took effect immediately, ending pay and benefits for Sweet who had been suspended with pay under provisions of the United Faculty of Florida collective bargaining agreement with the college, pending the board’s decision.”

These instances of leftist abuse on campus are not isolated. In fact, they are common. Whether it is the University of California or the Ivy League, most American universities encourage and tolerate leftist bias. Leftist professors will continue to go unnoticed unless students bring their bias into light.

If students want to expose leftist abuses on campus, they can contact their Regional Field Coordinator or send tips to Campus Reform.