Understand the Market? It's Easier to Find Out "What Women Want" 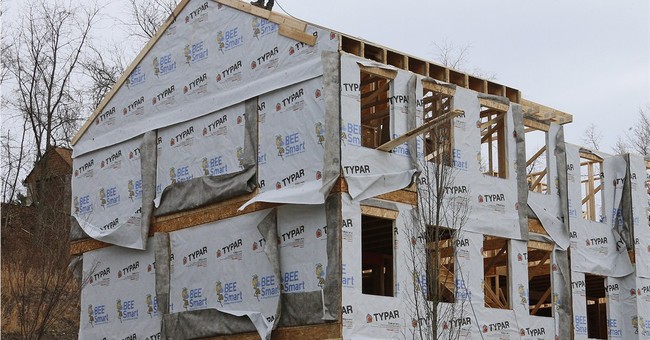 Attempting to make sense out of this week’s housing reports is like trying to understand a woman. People asking, "how is the market" is like someone asking "does this make my butt look big?"

Now try to understand this; new home sales surged in January, up the most in five years by 9.6%, but led by the Northeast which was up by 73% MoM. Buehler? Weather?

The median sale price did decline 3.4% to the lowest price for new construction since August. At least that reassures us the principle that price sells remains true. Same as when she saved you money because it was on sale.

While everyone is blaming the weather for the anemic economy, there is much more to be considered. The underlying fundamentals for a strong housing market simply aren’t there. A steady market is probably the best we can expect.

Obamanomics makes it impossible for a recovery. The CBO documented for us the continued attack on jobs by Obamacare to cost up to 2.5 million jobs, and the populist campaign to raise the minimum wage killing another 500,000 to 1,000,000 jobs.

The lowest percentage of people working since 1978 levels can’t possibly expect relief from an administration who makes ideological decisions in lieu of sound economic decisions, and neither can housing.

This makes job growth, the size necessary to advance a recovery impossible. From the American Spectator:

Since the Great Depression of the 1930s, “there have been 10 other recessions before this last one,” reports Investor’s Business Daily. “On average, all the jobs lost in those recessions were recovered within two years after the recession started.” [end quote]

Since there are fewer jobs than when Obama took office in 2009, can we safely say what he is doing isn’t working after five plus years?

Housing fundamentals are downright scary. Purchase mortgage applications have crashed to the lowest since 1995 (that’s 19 years!). This can’t be due solely to the weather.

Most distressing is the markets most important buyer is disappearing, first time home buyers. Typically they make up 40% of the market that start home sales rolling upstream, but are now down to 26%.

The Obama agenda has eviscerated an entire generation of youth, second in damage only to the middle class, with command and control authoritarian federal government oppressing the private sector depressing growth.

Business is besieged with higher health care costs, energy costs, taxes, and regulations preventing them from expanding and creating opportunity for these youths and middle class families.

This has forced this generation to live with their parents upon graduation in the largest numbers on record. Not surprising because 53% of college graduates aged 25 and below are unemployed or underemployed. No wonder the first time buyer is disappearing.

The Obama economic wrecking ball is still swinging so it was no surprise that existing home sales fell 5.1% in January to an eighteen month low. If not for the 33% cash buyers it would have been much worse.

At least guru Bob Shiller admitted this week after the second consecutive decline in home prices in his twenty city index; “gains are slowing from month-to-month and the strongest part of the recovery in home values may be over."

Gee, ya think so Bob? Wonder how an Ivy League guru answers when she asks if this outfit makes her butt look big?

No matter how Obama and his sycophants in the media dress this recovery, it doesn’t look big, and it never will unless Obama moves away from his ideological decisions and begins making sound economic decisions. Therefore it never will, ever.

The opinions expressed here are solely those of Fritz Pfister or identified sources, and not necessarily those of RE/MAX Professionals of Springfield, RE/MAX International, or The Capital Area Association of Realtors.