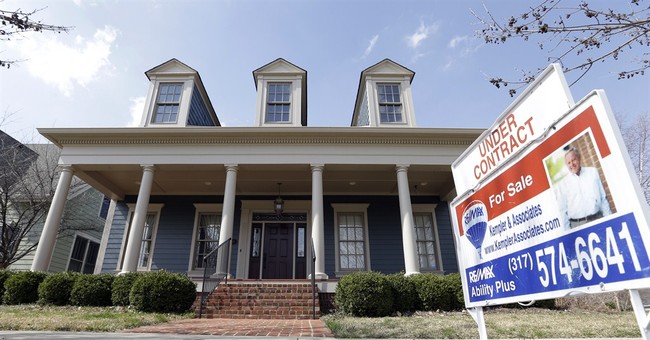 The fifteen month run for thirty year mortgage rates beginning with a three has ended. This will have short and long term effects upon home sales and prices.

The American home purchaser can be a fickle beast. Many believed rates would either fall or hold at historical lows indefinitely. These consumers had no sense of urgency to purchase. The old herd mentality then draws them to the market on news of rising interest rates.

This typically causes a rush in sales for several weeks followed by a significant drop in purchase activity for a few weeks then rising slightly into a plateau of sales activity well below the peak of the rush but above the bottom of the dip.

Each local market will have varying degrees of rush, dip, plateau all tied to the employment situation in their locale. If jobs are being created then demand will be higher than in areas that are stagnant (most) or declining.

The 30 year rates are tied to the 10 year treasuries. After Bernanke the Magician floated his trial balloon that he may begin slowing purchases of mortgage backed securities the price of Treasuries fell and the rates increased.

There probably isn’t too much to be concerned about short term because Obama’s economic policies continues to depress job growth as businesses scramble before the full implementation of Obamacare. The massive shifting of personnel to part time from full time, layoffs, and hiring reluctance will keep the workforce participation rate at a 30 year low.

Bernanke is going to need to find some real magic to exit his never attempted before monetary policy of zero interest rate combined with trillion dollar annual injections of money into the economy that ultimately debases the dollar. If not for the lousy economy in Europe, volatility in Japan, and a shrinking Chinese growth rate the dollar would have already dropped.

In the near term Bernanke will back off, continuing to maintain both policies when unemployment either real or the artificial BLS print fails to meet his benchmarks. This could lead to a return to sub four percent mortgage rates in the next several months.

The good news is that consumers were put on notice that yes Virginia rates can and will go up.

Jim O’Neill former chairman at Goldman Sachs predicted ten year Treasury yields will return to 4% in the next couple years ‘if’ America is in fact on the road to normalization. That’s a big ‘if’. Regardless that would translate into thirty year mortgage rates between 6% and 7%.

As a homeowner whose first mortgage was 14.75% and who threw a party when refinancing to 9.5% the prospect of mortgage rates rising to 6% or 7% won’t phase me. That won’t be the case for those who have grown accustomed to these artificially low rates.

Remember when Obama said he doesn’t mind $4 a gallon gas prices? He just wished the rise to $4 a gallon would come more slowly as to not shock consumers. The same will be true for mortgage rates. If there is a rapid increase in interest rates the housing market will get hammered.

We all know the day will come when the game being played at the Federal Reserve will be lost. Interest rates will rise either due to inflation or a bond crisis. When the Fed stops buying bonds, who will? When trillions of dollars gain velocity down goes the dollar and up goes inflation.

We all know the day will come when the Keynesian economics and big government policies of Obama will finally be acknowledged as a failure, however the damage will be done. Massive debt, high costs for the welfare state, and perpetually high unemployment.

A toxic combination for the housing market going forward. No jobs, inflation, and higher interest rates.

Long term supply and demand will become distorted. The historical trend of families moving every five to seven years will end. Not many will trade a three percent mortgage for a six percent mortgage.

But that could be good news for builders that have survived. New home construction has returned to 40 to 50% of normal (feckless Illinois 20 to 30% a flat out builder depression). When nobody sells their home as the population grows there will be a need for housing units.

Oh wait a minute, there’s 12.8 million vacant homes, and 11.1 million underwater homeowners. That would be a five year supply of homes at the current rate of sales that has surged to only 20% below ‘normal’.

But there is good news. The New York Fed suggested this week that states and municipalities should use their eminent domain powers to purchase homes with underwater mortgages.

Wonder where states and municipalities will get the money to buy and refinance these homes?