Where Are The Gotcha Journalists When Their Country Really Needs Them? 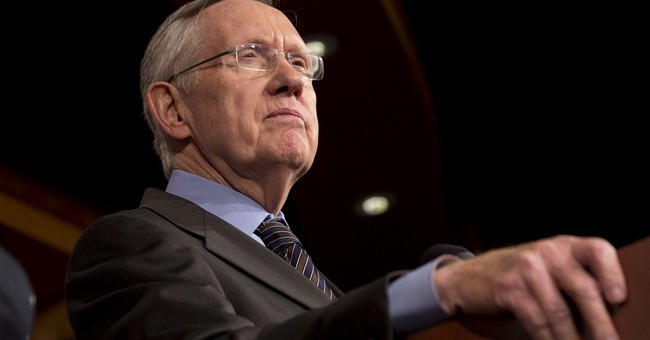 Remember when then-Texas Governor George W. Bush was running for president and a Boston local television gotcha journalist hit him with a surprise quiz asking him in rapid succession to name the leaders of Chechnya, Taiwan, India and Pakistan?

The Associated Press promptly alerted the nation to the news that Bush “scored only 25 percent” on the quiz. The AP story implied this was somehow an important test of a presidential candidate’s qualifications and quoted an Al Gore aide mocking Bush’s college academic record while claiming that Gore knew all the answers.

You get the drift. For days Bush was pounded with stories ridiculing him as a dunce who couldn’t pass some basic test that supposedly anyone aspiring to be president should easily ace and Al Gore was all over the news rattling off names of foreign leaders. And the story now and then resurfaced throughout the course of the presidential campaign – and beyond.

Forget that it matters not if a President of the United States does not happen to remember the name of the leader of Chechnya or wherever. That harms nothing -- save, perhaps, the ego the leader with the so easily forgettable name. And everyone knows a President always has some aide handy who can whisper into his ear the correct name. And, of course, there’s always Google.

What does matter here is that the public has become accustomed to such non-consequential gotcha questions being treated as significant news stories. Years before Bush was hit with that silly quiz, other gotcha journalists had used the occasion of nationally televised president candidate debates to surprise candidates with demands they tell the nation the price of a loaf of bread or quart of milk at their local grocery. Supposedly such questioning was to help show just how “in touch” a candidate was. Forget that we do not hire a president to be our designated shopper.

Doesn’t it all make you wonder: Where are the gotcha journalists when their country really needs them?

Just imagine all the fun they could be having right now confronting Senate Majority Leader Harry Reid and House Minority Leader Nancy Pelosi – and everyone else who voted for ObamaCare – with a gotcha surprise quiz about the contents of the ObamaCare law.

While it matters not one bit and harms no one in the slightest if a presidential candidate does not know the name of the leader of Chechnya or wherever or the exact price of a loaf of bread or quart of milk, it matters greatly and can potentially harm millions if a Member of Congress votes to make the law of the land provisions that he or she does not understand and/or has not even bothered to read.

So this sort of gotcha quick quiz would deal with something truly serious rather than merely silly. What the results show would be of consequence – information that would help enable the public to make better informed judgments about just how seriously its elected representatives take the responsibility entrusted to them.

Isn’t this a solid reason why the AP, the Washington Post, the New York Times, ABC, CBS, NBC – all the major media – should pursue this? Of course it is. And of course they won’t.

But it would make a great project for FOX News or any conservative media outlet.

Local conservative and/or Tea Party groups across the country could make it a project to confront anyone who voted to inflict ObamaCare upon us with a gotcha quick quiz about its contents – and then disseminate the test results to area media, etc.

Refusal by someone who voted for ObamaCare to take a simple test on what’s in it is in and of itself newsworthy and helps make the point that this whole ObamaCare mess was inflicted upon us by Members of Congress who didn’t know what they were doing and didn’t care that they didn’t know.

And, oh, how about this: At the bottom of any such quick quiz about the contents of the ObamaCare law, it would be appropriate and informative to provide the Senator or Representative who voted for the bill these two options: 1) I assert under penalty of perjury that I read the full final bill; or 2) I decline to answer this question.