How to Silence Talk Radio: Tax the Industry to Death 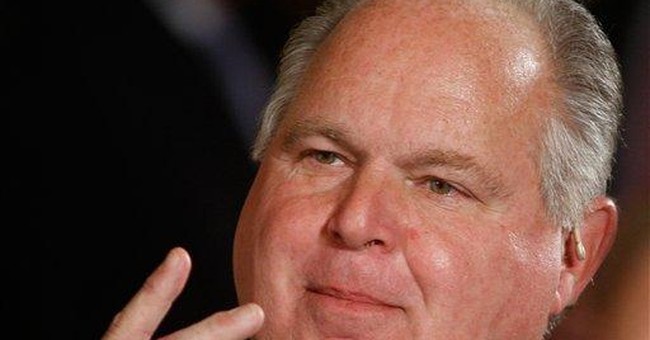 The Democrats’ frontal assault on talk radio has failed, as planned. They knew the Fairness Doctrine—their attempt to balance the radio airwaves with federally-subsidized progressive talk, i.e. “censorship”—would fail because there aren’t yet enough Americans willing to surrender more of the First Amendment. Emphasis on the “yet”—but they’re working on it.

As we now know, the spontaneous coordinated personal attack on Rush Limbaugh was orchestrated by senior Democratic strategists Rahm Emanuel, James Carville and Paul Begala. Rush only accelerated their timetable with his politically precise statement, “I hope the president fails [to kill capitalism and institute socialism]”—a statement that every Republican should, just as every conservative already does, agree with. If not, you’re in the wrong party. Those who are seduced by the spirit of bipartisanship, what is it that you believe Obama wants conservatives to succeed in?— other than defeat, of course.

But radio is not out of the woods yet. There are a number of cleverly-devised legislative threats to this American-owned-and-operated industry—the most immediate of which is a crippling new radio tax, commonly called a Performance Tax. Let’s start with the basic economic relationship between radio and the record labels. From the very beginning it has been very simple: “free play, free promotion.” Radio stations played the music for free and the record labels enjoyed the free promotion of their product. Consumers would hear a song on the radio, and if they liked it, go out and buy the record, attend the concert and buy the merchandise. Everybody made money. The label would have increased sales, the artist would book more gigs, and radio could adapt the mix any way they wanted to attract more listeners, and thereby more advertisers.

The only people not getting the proper remuneration were the composers, publishers, and writers, since they couldn’t make anything off a concert appearance. But this was worked out with the creation of royalty collection companies like ASCAP, BMI and SESAC, who then collected money from the radio stations and distributed it to the creative forces behind the musical works.

Then the Internet changed the whole world.

Today, instead of the artists going on tour to sell records, they sell records to generate publicity so they can go on tour. The record labels make the money on the songs, not the artists, forcing the artists on the road. Today, if you don’t tour, you don’t make real money.

With the explosion of iPods and iTunes and pervasive music piracy, profit margins eroded. The record labels resisted change and were slow to adjust their business model in response to the digital tsunami. With music cheaper and more accessible than ever, the record labels have turned elsewhere to recoup lost revenue.

Not surprisingly, they are looking to impose a new tax on radio—a ram-down piece of legislation that will hurt radio and cost American jobs. Known formally as the Performance Rights Act (H.R. 484), this legislation would put a crippling burden on a broadcast industry already struggling from declining ad revenues and the heavy burden of debt. The Performance Tax is supported by the Recording Industry Association of America (RIAA)—and it will, essentially, require radio stations to “pay to play.” Now, mind you, radio already pays hundreds of millions of dollars each year in royalties to the composers, publishers and writers. Now we’re talking big money to the labels and artists themselves.

But why should radio pay the artists and labels to play music when they’re promoting their product for free? Shouldn’t it be the other way around? In fact, it was, and is. There are still laws against “payola”—paying a disc jockey or station member to play a particular song or to plug a particular product “under the table.” But the history of payola is a testament to the fact that radio play helps sell music.

If the artists and the labels don’t like how the pie is cut, it’s their pie! Let them go back to the bargaining table and negotiate how they can both make money in the digital age. Why go after radio?

Enter the politicians. Those (like me) who see the opportunity laid out before them to silence talk radio are chomping at the bit to orchestrate how this all unfolds.

Why are the labels and the artists slitting their own economic throats?

They’re doing so at the encouragement of congressional Democrats. Here’s how it very well could go down:

The Democrats will get high profile artists to do the publicity campaign for the Performance Tax, creating the best commercials of the highest quality yet seen on television. The commercials will appeal to “fairness” citing the fact that European radio stations already pay this Performance Tax—ignoring the fact that European stations are heavily subsidized by the government (like their other businesses). The tax will pass, like other legislation, with minimal Republican support.

Once the tax is implemented, the economic impact will be catastrophic for the radio industry, which has already been losing tons of money the last several years. The Wall Street value of the major radio companies is down 70 percent in the past year alone. Only the largest music stations will continue to play some music, everybody else will be forced to change formats or go off the air.

People will try to fill the radio music hole in their lives from other sources, but it won’t work. Soon, complaints pour into the government to “do something.”

Obama makes an address to the nation:

My fellow Americans, due to the selfishness of some, all are suffering. Radio station owners are not being honest with the American people, and instead of sharing their profits, they are hoarding their wealth.

So tonight, I propose legislation to “Let the music play.”

When passed, we will all be able to hear the music once again, and we can do this, “Yes we can!”

You may not be able to hear the music on your local stations right now, but soon, you, like all of America, will be able to answer when asked, “Can you hear the music?” We’ll all say, “Yes we can!”

Let the music play! Thank you, and good night.

When the Republicans oppose this, they will be slaughtered in the media blitz as people who want to “Stop the music.” The political pressure will be overwhelming. The legislation will rush through Congress, and the president will sign it into law.

Of course, federal money always comes with strings attached. Once radio is subsidized it will be controlled. The music will play, but the broadcast content will be censored.

It was never about Beyoncé, Coldplay, or Taylor Swift … it was always about Rush Limbaugh, Sean Hannity and those of us in talk radio.

It was about silencing the political opposition.