Watch Obama's Actions, Not His Words 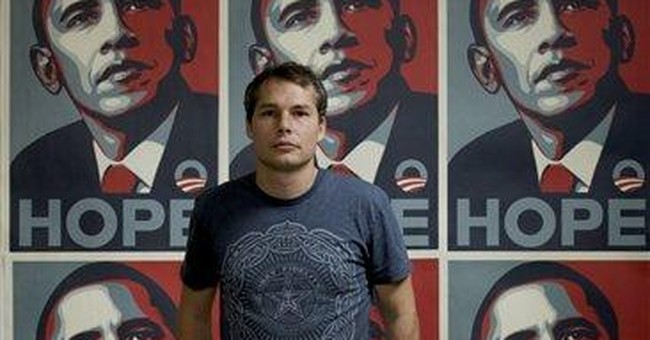 Americans are waking up with a whopping Obama-hangover, and it's not a pretty sight.

Daily, it dawns on ever more Americans that the man in the White House is not the one they thought they met when he waltzed onto the stage and stole their hearts at recent Democratic National Conventions. At that time, Obama intoxicated the masses eager for hope and change with his punch of smooth oratory, soaring rhetoric and promises galore. Now he's left Americans high and dry.

Barack Obama's hypocrisy is bubbling to the surface and his well built facade is crackling and crumbling.

Pledges to clean up government and ban lobbyists evidently only applied to lobbyists of his choosing. His pledge to bring transparency to healthcare dealings and televise them on CSPAN, actually boiled down to an hour on CSPAN with hours on end conducted behind closed doors. How about promising to usher in bipartisanship and closing Guantanamo Bay? With honesty that matches John Edwards', a year later, Guantanamo Bay is still open and bipartisanship is a thing of the past. Signs of the American people's Obama-hangover are evidenced by his poll numbers and the repudiation of his policies as seen in Massachusetts, New Jersey and Virginia.

Despite Obama promising to usher in a new era of politics, in practice he behaves like a Chicago Machine politician. In true mob fashion, he's exacted retribution from moderate Michigan Democrat Bart Stupak by eliminating the $1 million funding for the B. J. Stupak scholarship that supports aspiring Olympians at Northern Michigan University. It's named after Stupak's son, who tragically died as a teenager. Obama's message is clear: Stop being a thorn in my side by insisting that Obamacare not fund abortions. And you other congressmen better watch out and not step out of line either, or you'll be next. This is the modus operandi of his controversial chief of staff Rahm Emanuel. As Obama told Rep. Peter DeFazio in true mobster form, "Don't think we are not keeping score, brother."

Obama's most recent bit of political chicanery is his proposed "spending freeze." He knows that this empty promise will have the net effect of increasing the government over time. Obama likes to claim he inherited record deficits from Bush. The only problem with this assertion; Obama's party controlled Congress the last two years of the Bush administration and then-Senator Obama supported the bank bailout which is the single largest aspect of the Bush deficit legacy. Obama fails to take credit for his massive economic stimulus, and other bailout programs that ran up the deficit in his first year in office. He proposes to "freeze" federal spending at 24 percent of GDP through fiscal year 2020. This is opposed to the historic average of government spending hovering around 20.5 percent of GDP. So while Obama claims that the deficit is temporary and he's "losing sleep over it": Americans beware. He wants to freeze spending all right, but freeze it at a higher level than ever before.

His doublespeak continues. When lecturing Republicans on bipartisanship, he means: Abandon your principles and vote for my policies, no matter how liberal. He claims Republicans need to stop rehashing disproven talking points, yet when it comes to rehashing talking points, Obama is the master. He does it on an almost daily basis. Obama lied in the State of the Union about a Supreme Court decision, claiming it eliminated 100 years of precedent and would allow foreign businesses to contribute influence to American political campaigns. And without batting an eyelash, Obama deceitfully claims that "our healthcare plan does not fund abortions."

Obama's lie that he is not an ideologue does not match with reality. When running for office, Obama positioned himself as the most liberal of the candidates on healthcare and on the Iraq war. Currently, he is running the most leftist administration in American history. The Federal Government payroll will balloon to a record high of 2.15 million employees in 2010. His administration is ramming a radical agenda of bigger government with no end in sight. Sen. Judd Gregg, the same Senator who nearly gave up his seat to work in the Obama administration before he realized that Obama was all talk, calls Obama's colossal budget an "unsustainable disaster."

If that doesn't make him an ideologue, we don't know what does.

Obama speaks about all the right things. The problem is, and continues to be, his radical actions. Our only hope is that Americans will watch what he does, and not be deceived by what he says.