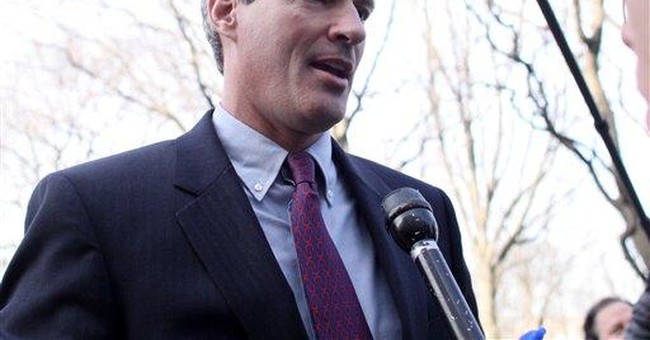 During the War for Independence from the British rule, Massachusetts led the colonies. Tuesday night, with the victory of Republican Scott Brown, the revolutionary fires of Boston were reignited; the message is as clear Paul Revere's. But will the forces of socialistic big government hear the message?

The Democratic Party turned the funeral of Sen. Ted Kennedy into a rally for big government and government-run healthcare. Their rallying cry became, "Do it for Teddy." Now the U.S. Senate seat Kennedy controlled for nearly half a century has been turned over by the voters to Republican Scott Brown, who has pledged to fight much of the Kennedy agenda. Those pesky voters have messed things up again. Robert Gibbs described President Obama as "surprised and frustrated" and "not pleased."

What happened in the months after the British march to the Lexington Bridge is history. What happens during the historic weeks ahead is still unfolding. There are four crucial groups who will make decisions in the days ahead deciding the outcome of this battle for the future of America.

The first group we call the liberal royalists. These are the hard-left politicians who have sworn allegiance on the altar of big government. This team is headed by Barack Obama, Nancy Pelosi and Harry Reid. For the past year, while reveling in their power, they rammed the notice down our throats that big government is the solution to every problem facing America.

This group is in total control of two branches of the government. Their goal is an aggressive agenda to remake the U.S. in the image of a European socialist democracy. Thus they have spent $787 billion on stimulus programs and bailouts for big businesses run by their allies in large labor unions and internationalist banks. General Motors and Chrysler were nationalized. Citibank, Bank of America, and AIG are all mammoth financial firms bailed out and now largely controlled by the government.

In addition to these grabs for the reins of private business, they are attempting to take over the healthcare system via nationalization of healthcare regulation and insurance.

They also want to exploit environmental regulations and taxes under the guise of fighting global warming. This will slap government-made shackles on the utility, oil and energy sectors of the economy.

Here is the decision these liberal royalists must make. They can listen to the voters and trim the sails of their agenda, thus moving to the center. Since gaining hegemonic power a year ago, they have made no moves toward compromise; they have ruled as a one-party dictatorship. The second option for the liberal royalists is to circle the wagons and damn the torpedoes. They can try to manipulate the U.S. Senate rules to pass healthcare with less than 60 votes, they can try to use the EPA to write rules essentially bypassing the legislative branch and instituting Cap and Trade by edict.

The second group with a big decision to make is the so-called "Blue Dog Democrats." Until this point, they have followed President Obama and the liberal royalists like dutiful pups. They supported Obamacare. They voted en masse for Cap and Trade in the House of Representatives. The huge government bailouts of big banks and the stimulus plans were only made possible with their votes.

In the elections of 2010, this group is extremely vulnerable. They are Democrats representing mostly Republican states. If they want to have a prayer for re-election, they must abandon Obama's agenda or face losing their jobs and perks.

The Republican establishment is the third group with big decisions. They won the victory in Massachusetts not because of their own prowess. They are still not loved by the American people, and distrust of Republicans runs deep. This is the group that got us in this mess by supporting big-government solutions to problems while running for office as small-government Reagan Republicans. Scott Brown, as a left-leaning, pro-abortion Republican, is one of their own. But Scott Brown won because of the activism on the ground of the Tea Party movement and the conservative insurgency rallying against Obama.

The establishment Republicans now can see a path to victory. It is a road that brings them in unison with the Tea Parties and the small-government, anti-tax movements. It requires them to fight harder in Washington against the Obama agenda using the filibuster and every procedural tool at their disposal. To date, they have provided ineffective resistance to the Obama agenda.

The final group with decisions to make is the Tea Party activists. Will Tea Party activists be accepted by the Republican Party as candidates, or will they become just a tool of the establishment similar to pro-life and social conservatives? To stay an independent and viable entity, they may in the future face battles with the Republican establishment in primaries and even in the battlefield of Congress. They must not shrink from this challenge.

Remember, Paul Revere started the ball rolling toward America's independence. Now, in our battle to save America, we must "pack on snow" and add momentum to the ball started by Scott Brown's victory.