General Electric and Shareholders Clash over Tea Parties and Politics 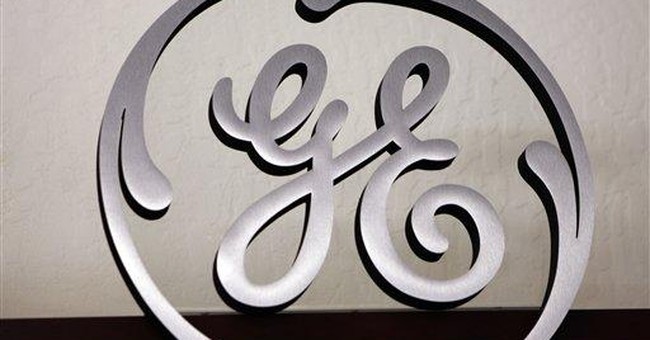 In a twist of irony, the historically conservative General Electric, the company that rebuilt the career of Ronald Reagan and sent him from city to city in the late '50s and early '60s, has become the corporate holding company of some of the most fringe left-wing politics on television.

This transformation has GE shareholders, such as us, spitting mad. It all boiled over at the annual shareholders meeting in Orlando. The usually boring annual meeting was the sight of NBC unit chief Jeff Zucker and CEO Jeffrey Immelt being pelted with questions they refused to adequately answer.

The Hollywood Reporter captured the action this way: "First up was a woman asking about a reported meeting in which [chief executive Jeffrey] Immelt and NBC Unit CEO Jeff Zucker supposedly told top CNBC executives and talent to be less critical of President Obama and his policies. Immelt acknowledged a meeting took place but said no one at CNBC was told what to say or not to say about politics. During the woman's follow-up question, her microphone was apparently cut off."

Here is the inside story at CNBC, the cable channel dedicated to business coverage, which actually sparked the entire national tea party movement when veteran Chicago reporter Rick Santelli called on Americans to protest Obama's plans to have taxpayers pick up the mortgage bills of irresponsible borrowers. Santelli's rant became a YouTube smash hit, and the citizen movement grew rapidly from there. Corporate executives like Zucker, who relish close ties to Obama, want this stopped.

But the discussion didn't end. Jesse Waters, the expert ambush producer who travels the country for Fox News ratings king Bill O'Reilly, had been sent to cover the GE annual meeting.

The Hollywood Reporter continues: "A short time later, Waters asked a question and his mic was cut, too. 'The crowd was very upset with MSNBC because of its leftward tilt,' one attendee said. 'Some former employees said they were embarrassed by it.' When he got the floor, Waters focused his question about MSNBC on Olbermann's interview of actress Janeane Garofalo, who likened conservatives to racists and spoke of 'the limbic brain inside a right-winger.'

'He [Waters] was complaining that Olbermann didn't bother to challenge her,' another GE shareholder said. Immelt told the assembled he takes a hands-off approach to what is reported on the company's news networks, which prompted a shareholder to criticize him for not managing NBC Unit more effectively."

If you watched MSNBC on April 15 you heard David Shuster and Rachel Maddow ramble on like adolescents about "teabagging," their derogatory term for the tea parties. Slandering these protests and attacking them for being "Astroturf," MSNBC never bothered to attempt to understand what the tea parties were really about.

If the GE-owned media were truly impartial, rather than mocking and attacking the tea parties and their participants as lap dogs for "Corporate America," they would actually interview participants and report what they were protesting.

These protests were not a production of Fox News or Newt Gingrich, as MSNBC alleged. The vast majority of tea parties were organized and sponsored by independent individuals across the country. Best estimates of the largest anti-tax protest in American history calculate more than 1,000 events took place and more than one million people participated.

In our home state we had dozens of parties; the biggest in the capital city, Olympia, drew more than 5,000 people. We did interview participants and we found they are tired of America's massive government wasting money. Nobody from Fox News was there; instead we found hard-working Americans who took time off from work to voice frustration in the hope they could be heard.

Another attack was MSNBC's attempt to marginalize the tea parties by suggesting the attendees actually benefitted from Obama's "tax cut," but were too dumb to realize it. Never mind that Obama's tax cut was a whopping $13 a week falling to $8 a week in January. And it can hardly be called a tax cut when the majority of the people who receive it don't pay income taxes. Add to the distortion that Obama violated his campaign promise by raising taxes on cigarette smokers and he wants new taxes on energy sources to curb "greenhouse gases."

The original tea party in Boston, which helped spark our revolution, was about time-honored principles that have served America well. The original patriots were also opposing a tyrant seeking to tamper with their freedom through an intrusive government.